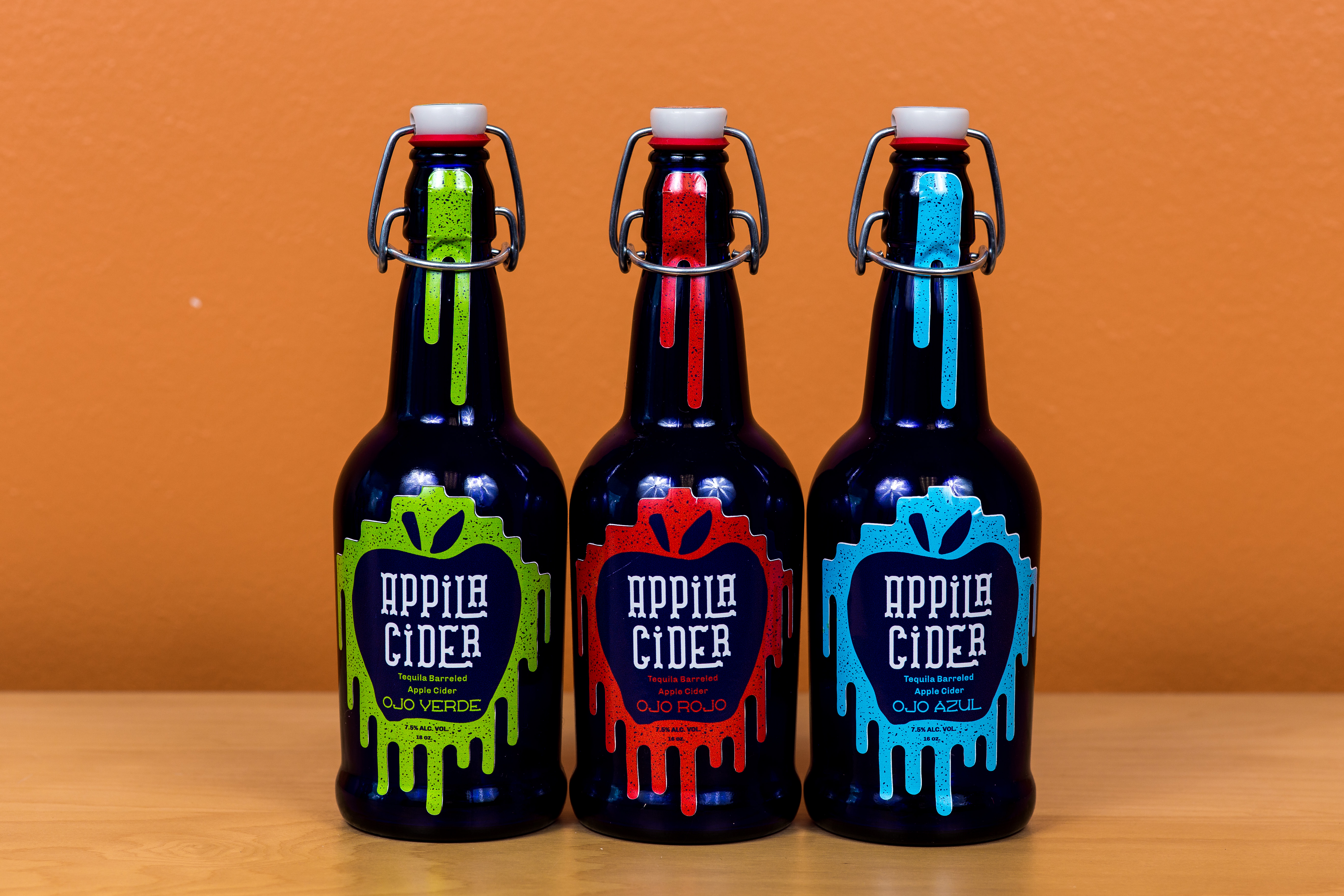 Appila Cider is a hand-crafted hard apple cider beverage brewed in tequila barrels. It's available in three flavors: Ojo Rojo (cinnamon apple), Ojo Azul (sweet dry apple), and Ojo Verde (green apple). The design of Appila Cider is inspired by the blue "ojo" (eye) beads, which are believed to ward off the "evil eye" of envy. In the Mexican culture, giving someone ojo can have grave consequences such as bad luck or illness. You may be envied when drinking Appila Cider, but you won't get ojo. The bottle case also doubles as a game board, encouraging customers to twist off their bottle caps and “flip their fortune.” Aside from the typography, the elements were drawn—either by hand or digitally. 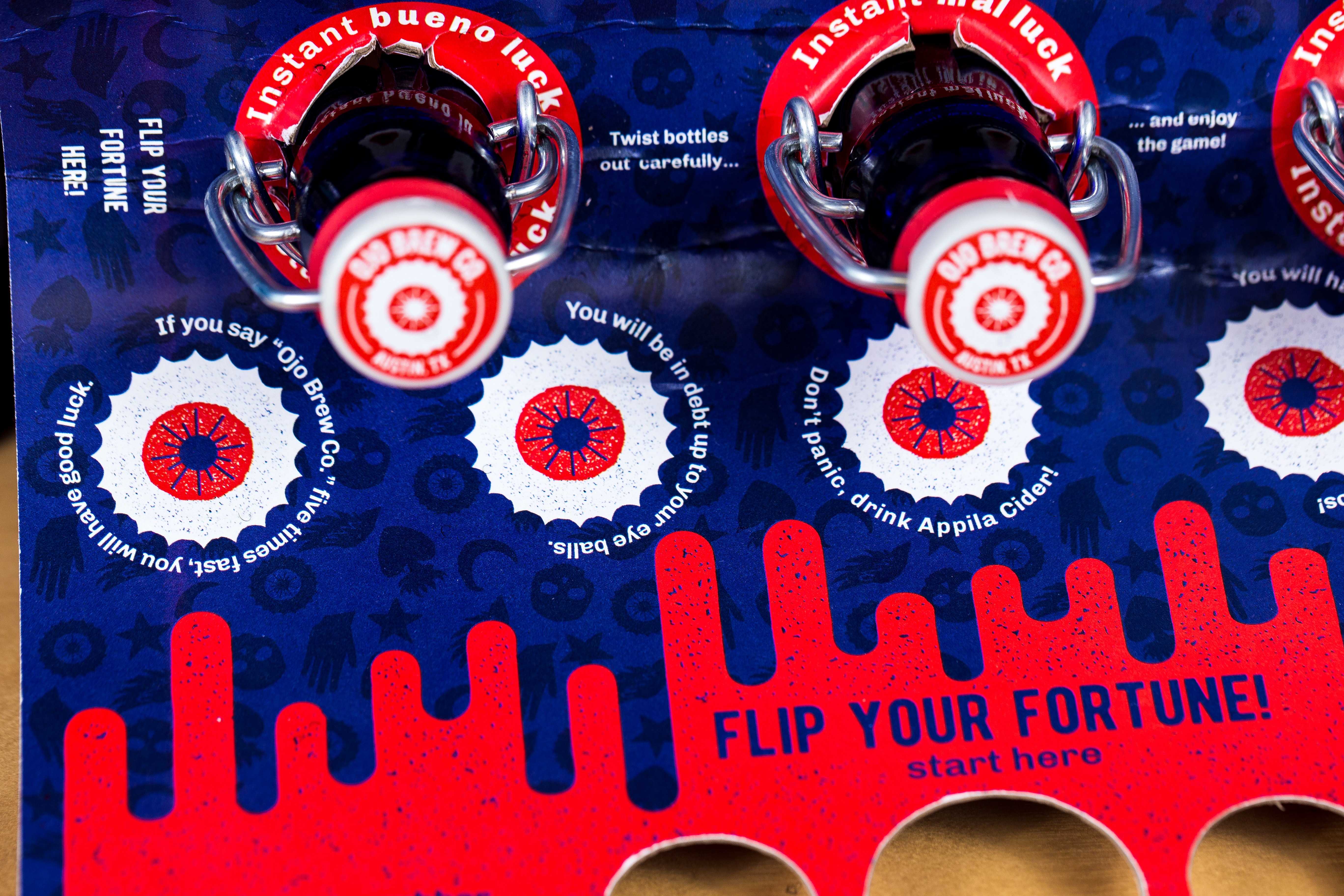 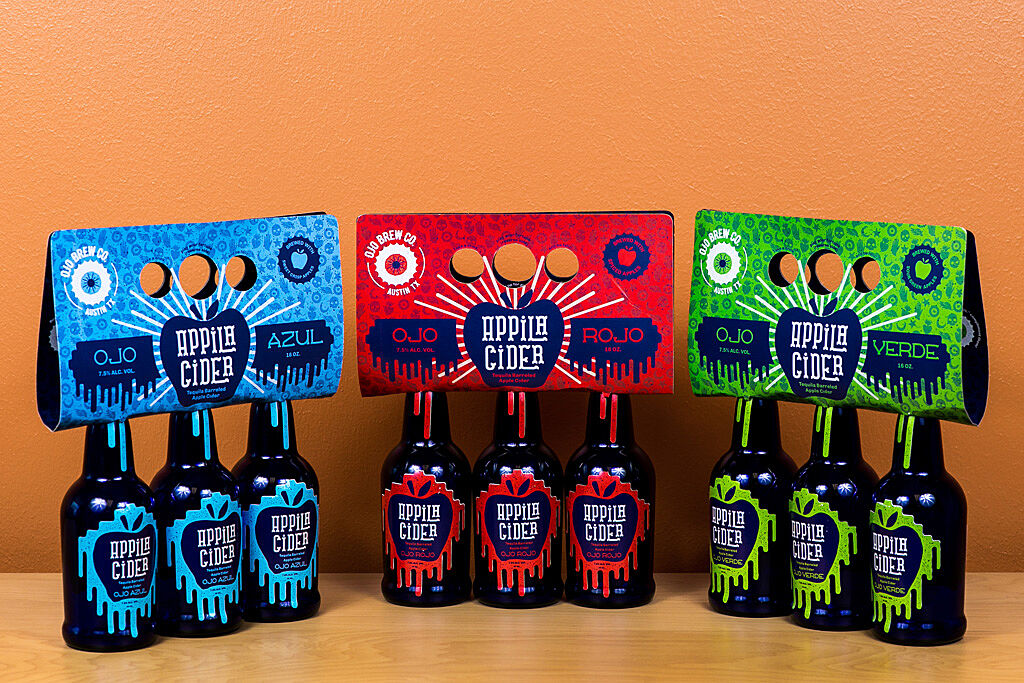 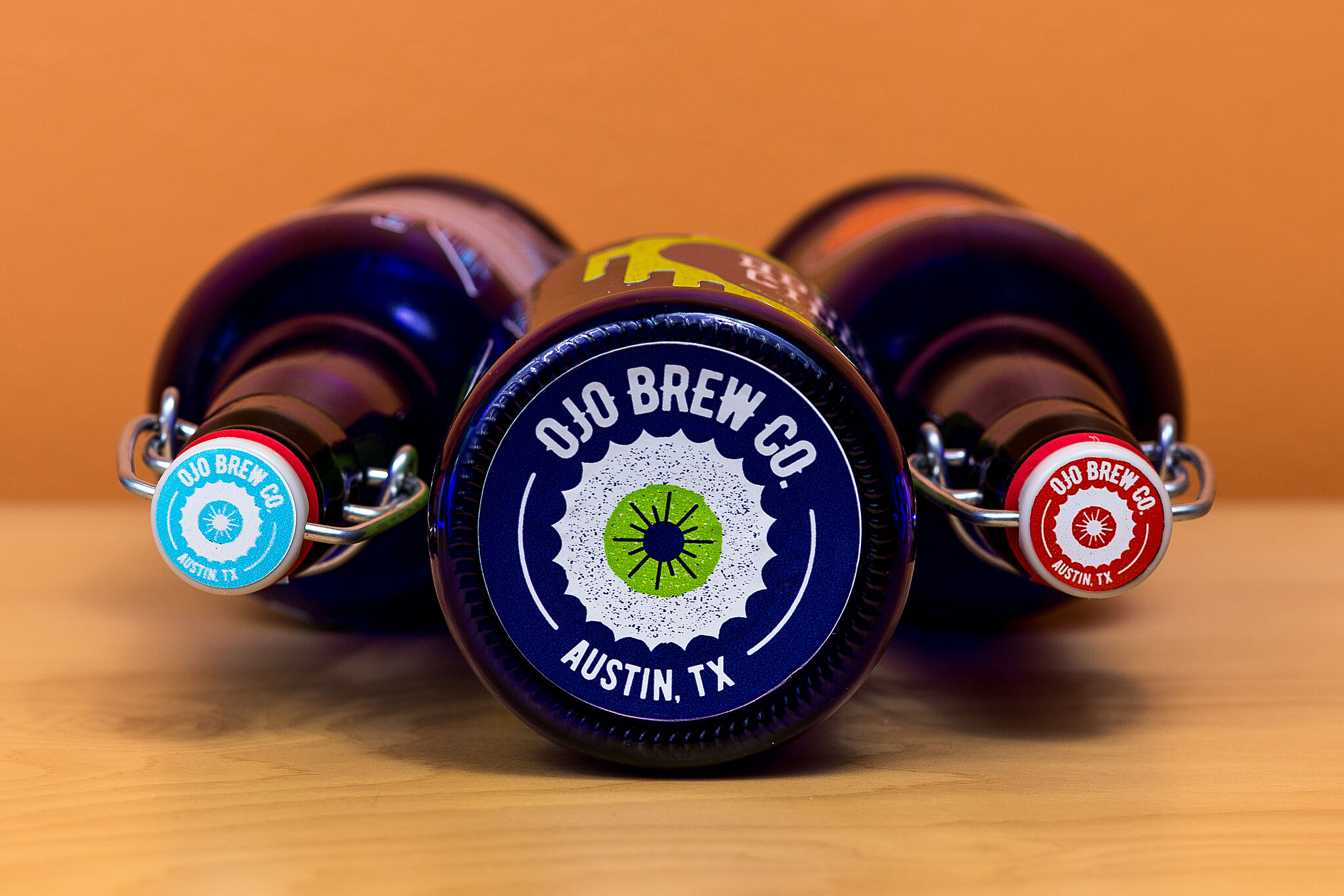 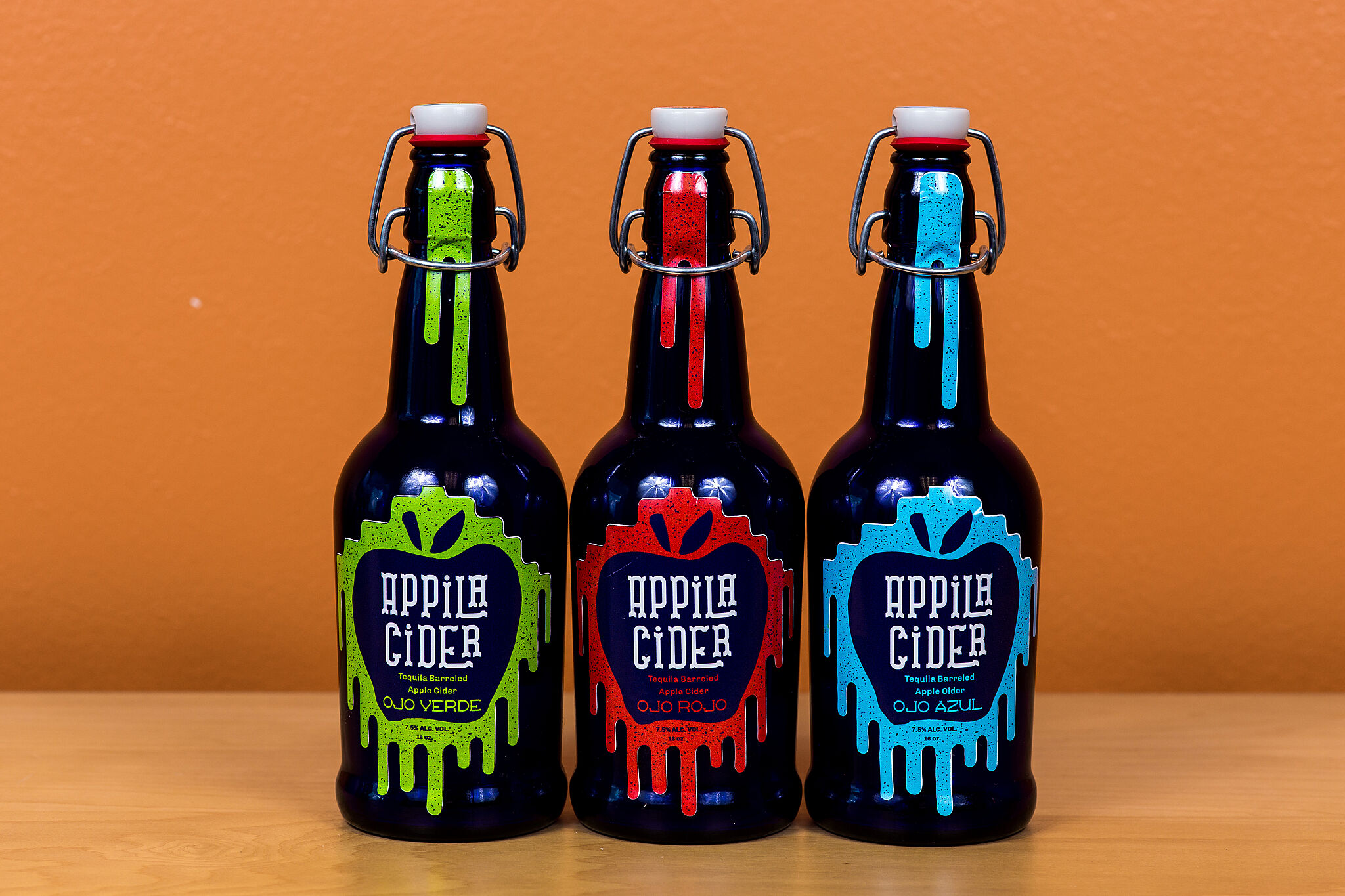 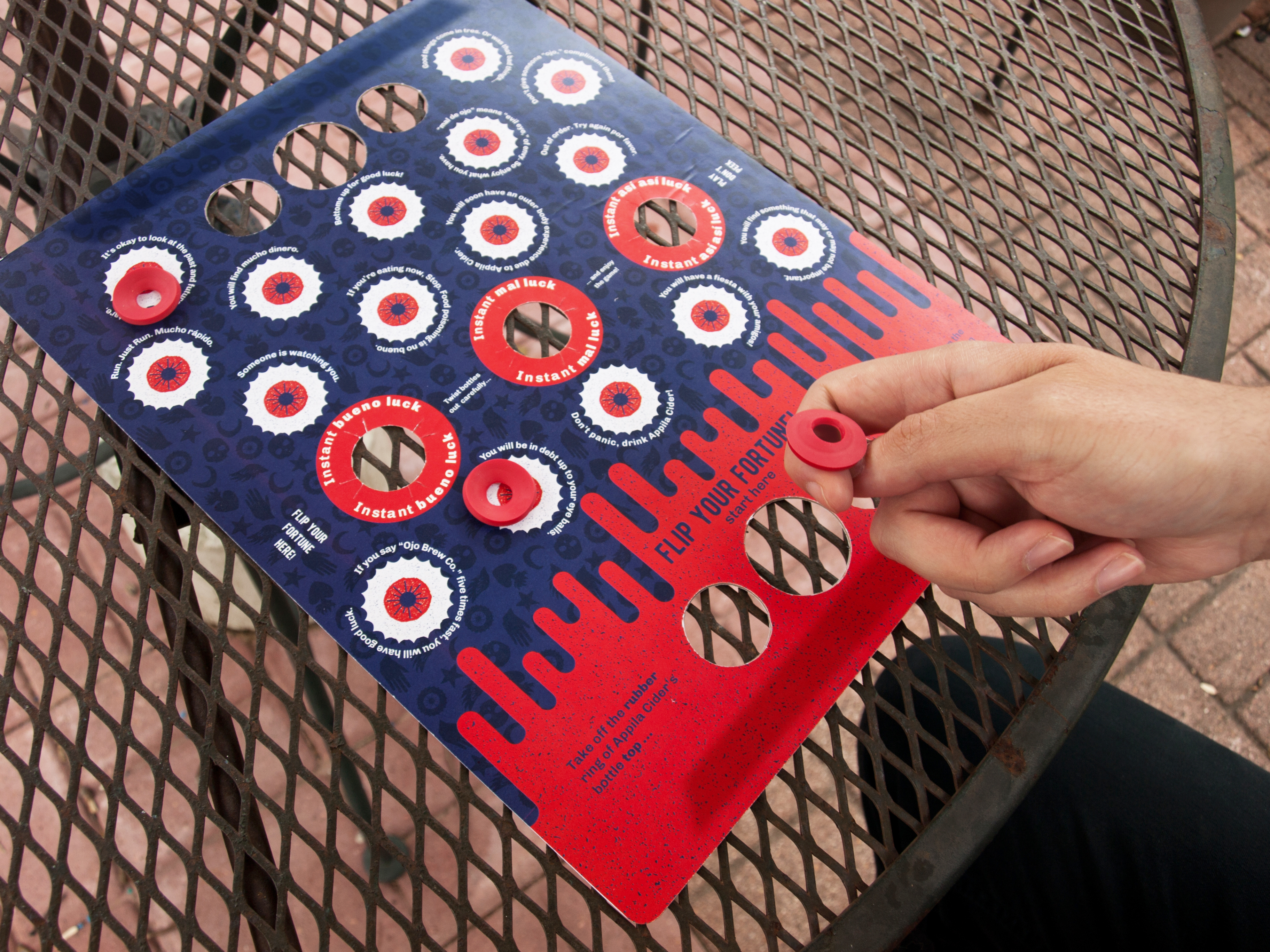 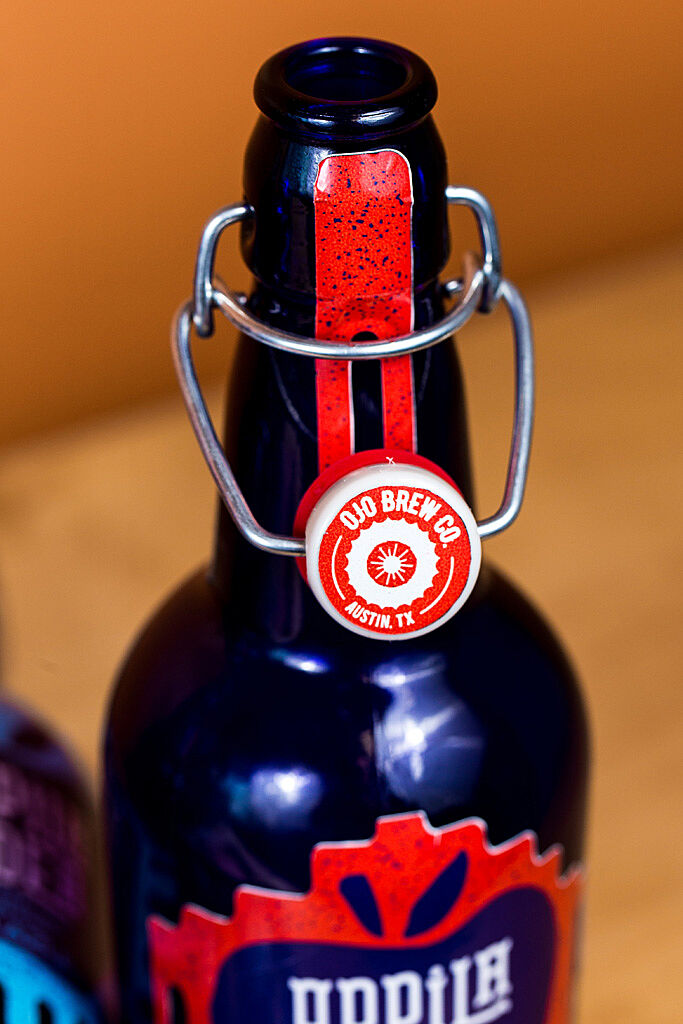 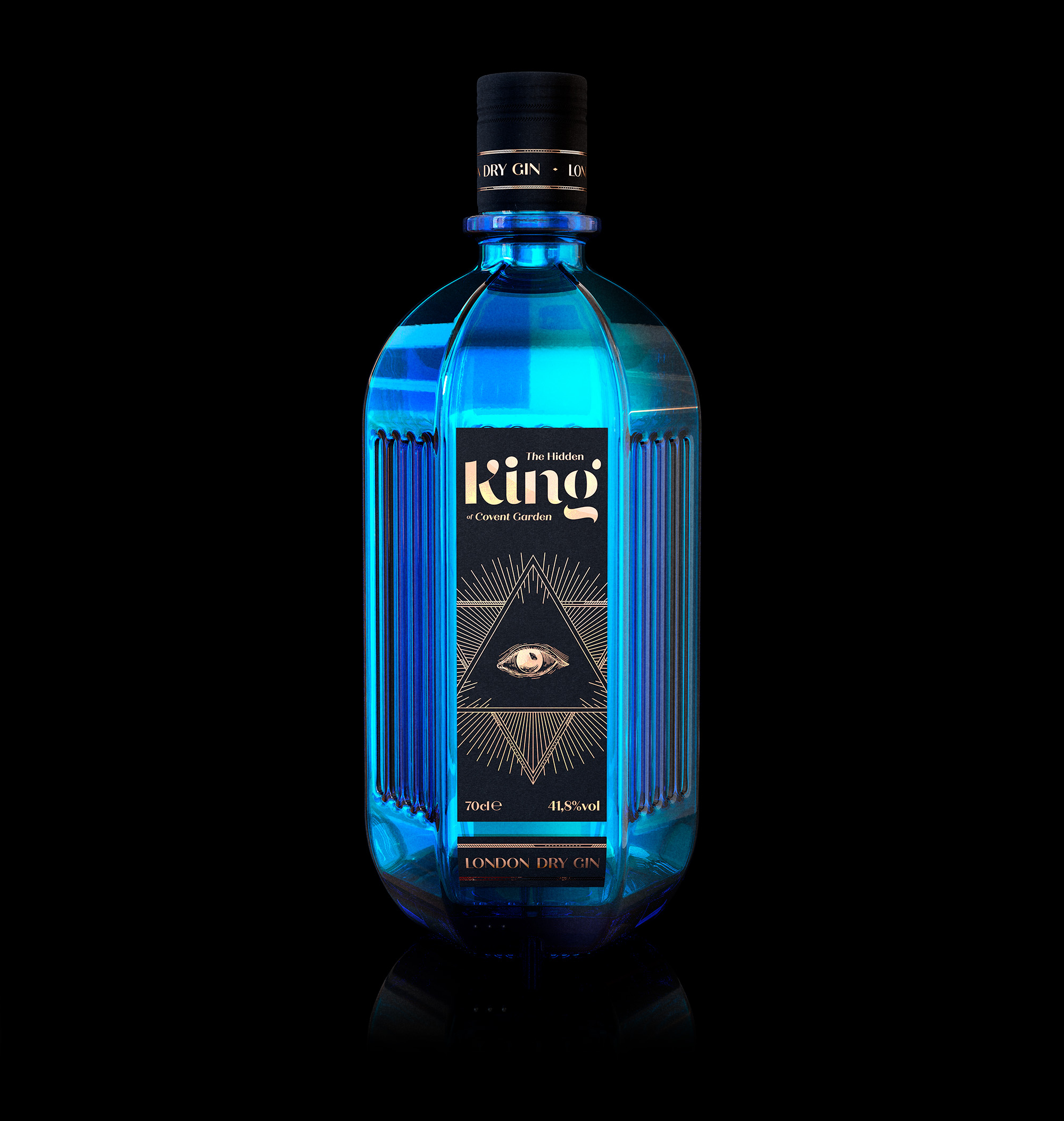 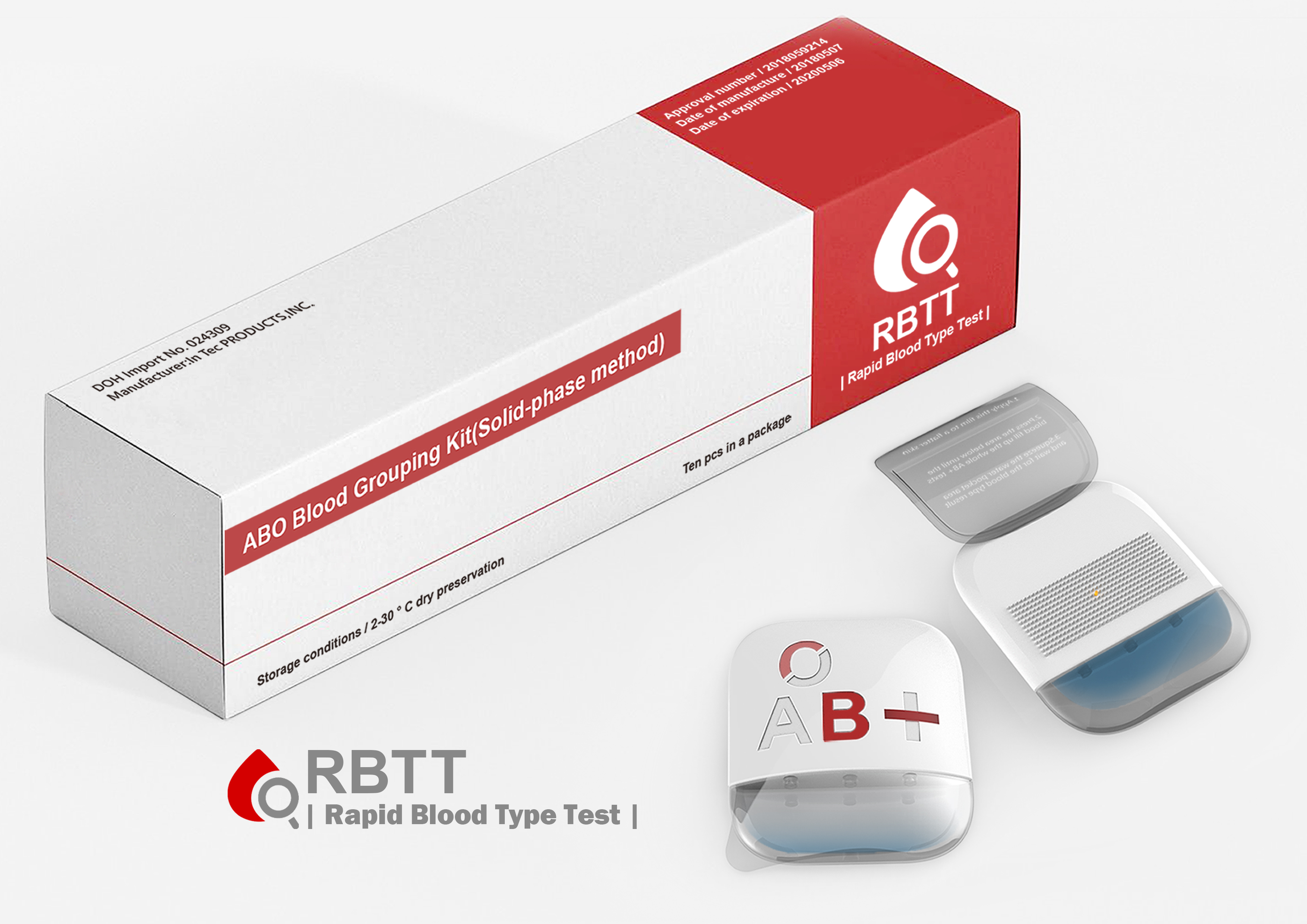 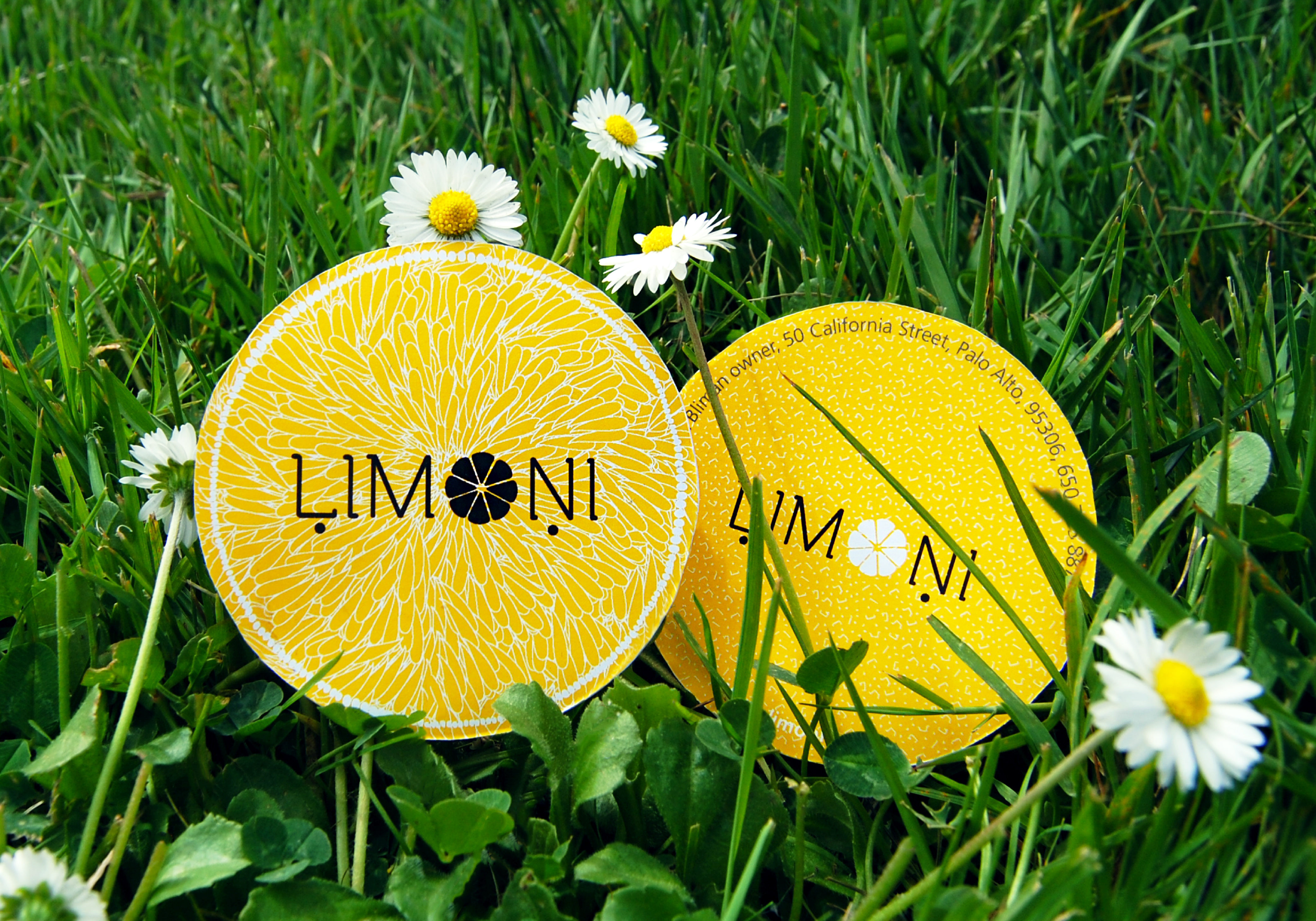