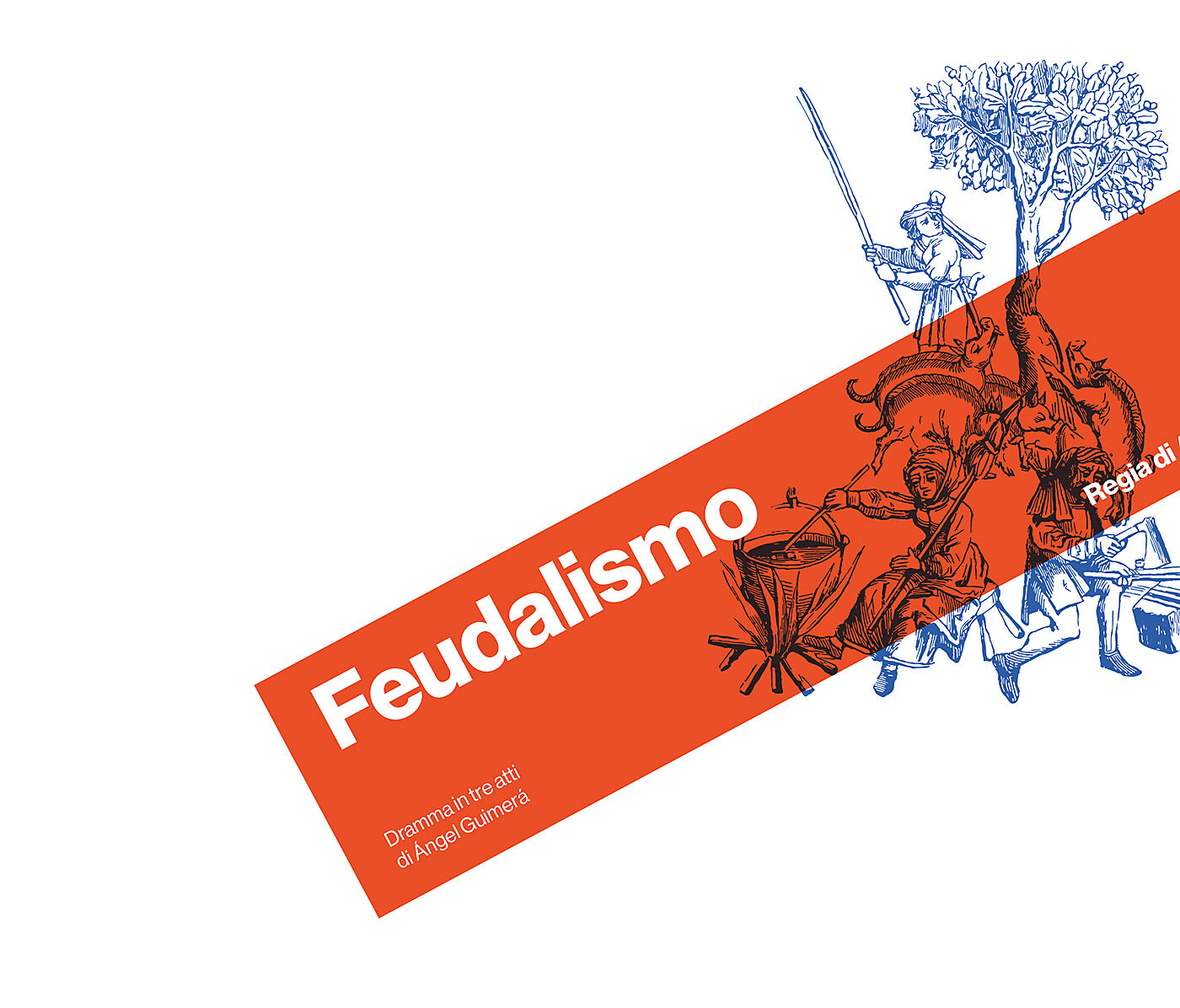 The Nino Martoglio's theatrical company is a troupe of catanesi actors which plays both dramatic and comic performance. For the 2017/2018 season, we have been chosen to realize the company's and new season's visual new identity. The face has been vectorized and the MN monogram was placed inside a circle shape. For the theatrical season identity we used illustrations which represent the different theatrical plays, using the logo style. We overlapped geometrical shapes, circle and rectangle, to this illustrations, in order to show the viewer informations about the four theatrical plays 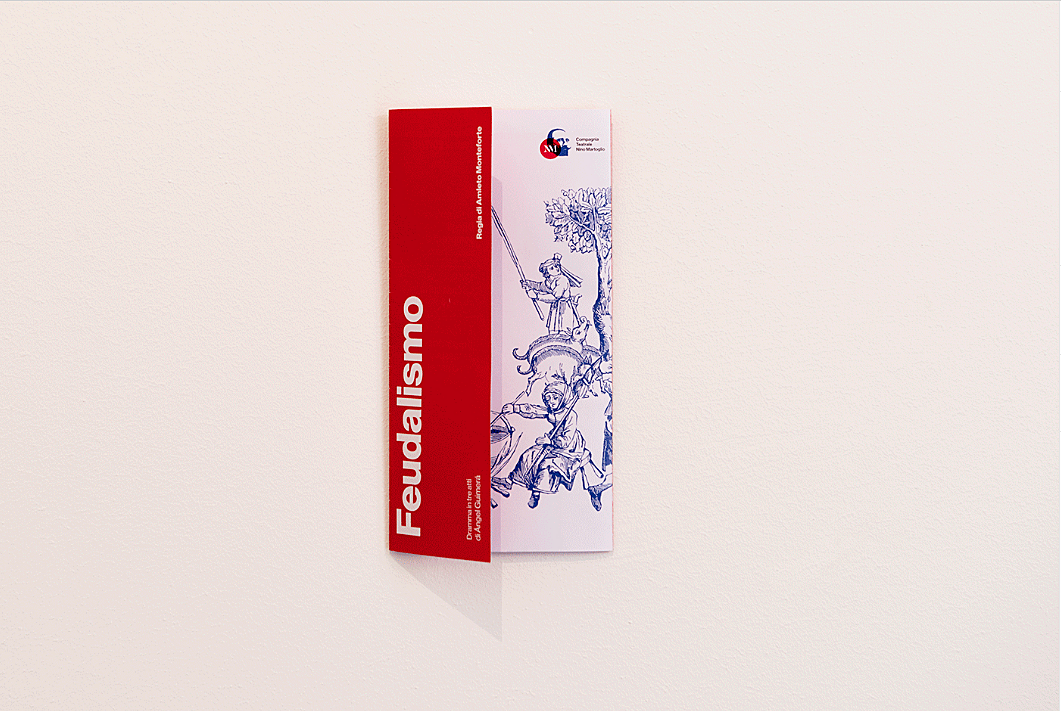 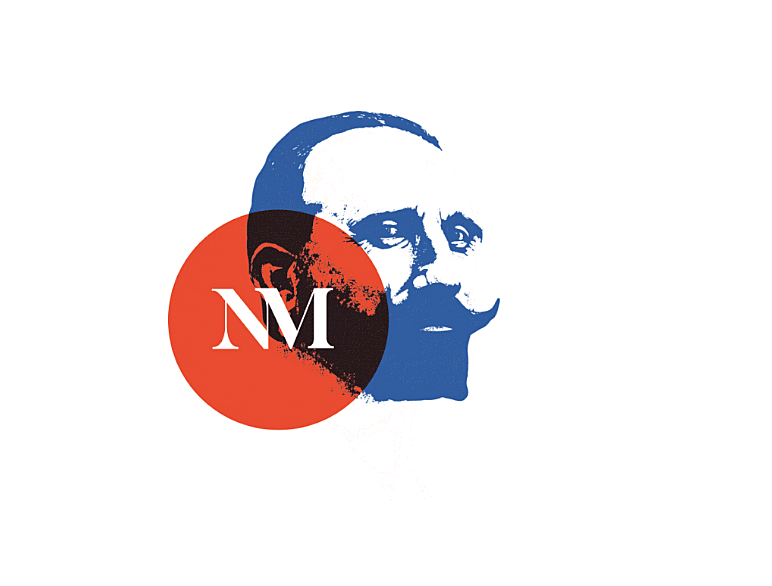 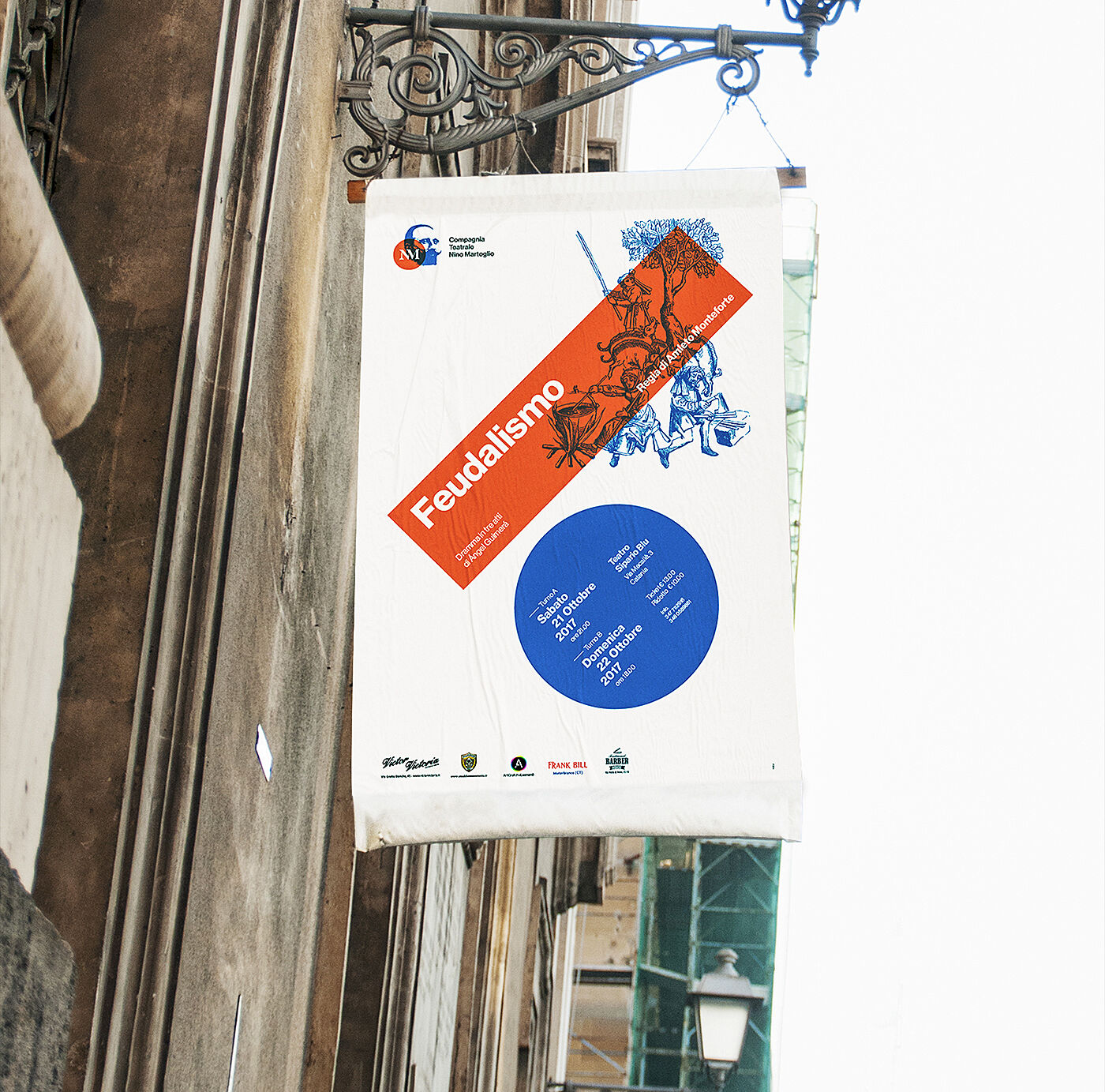 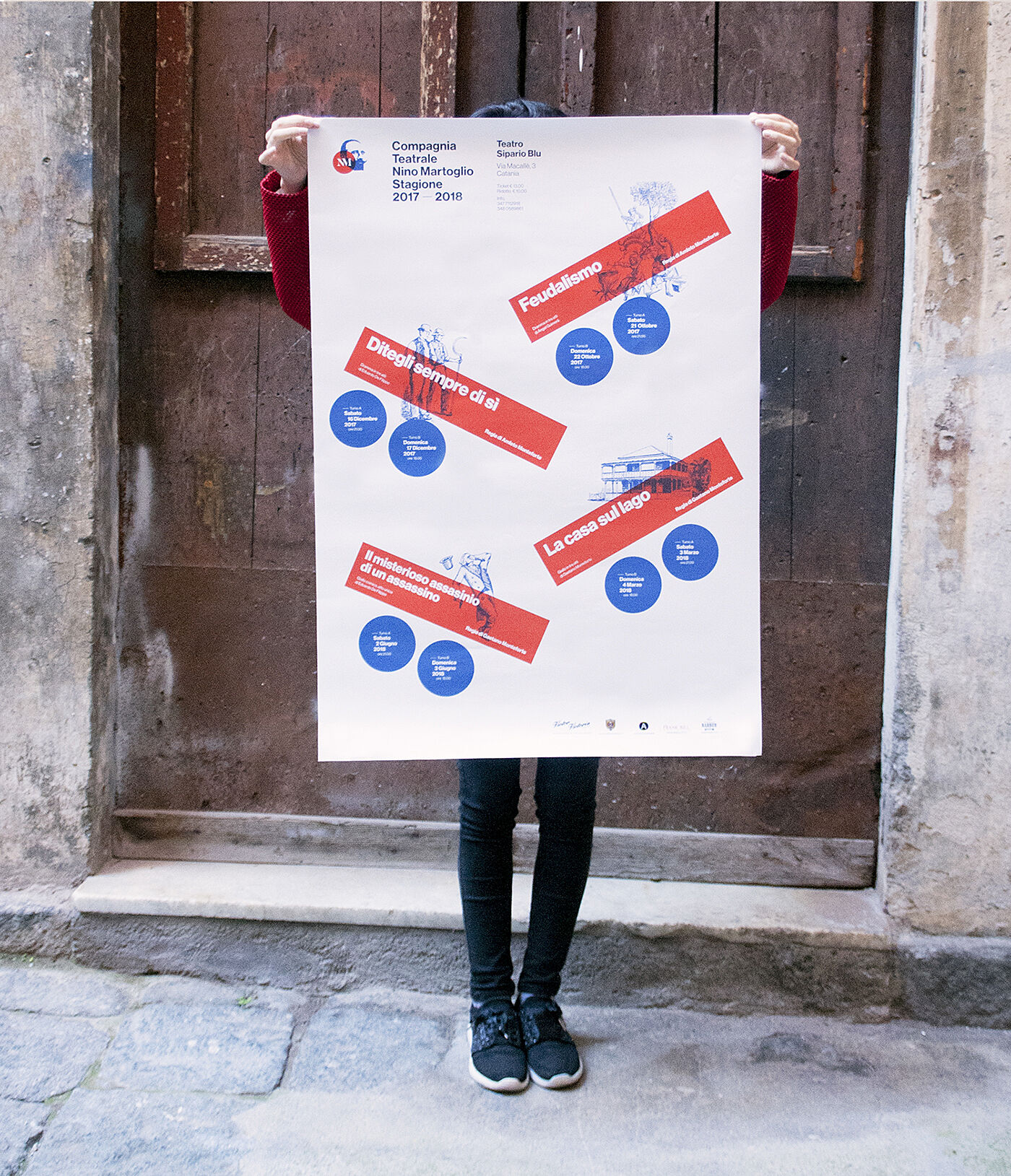 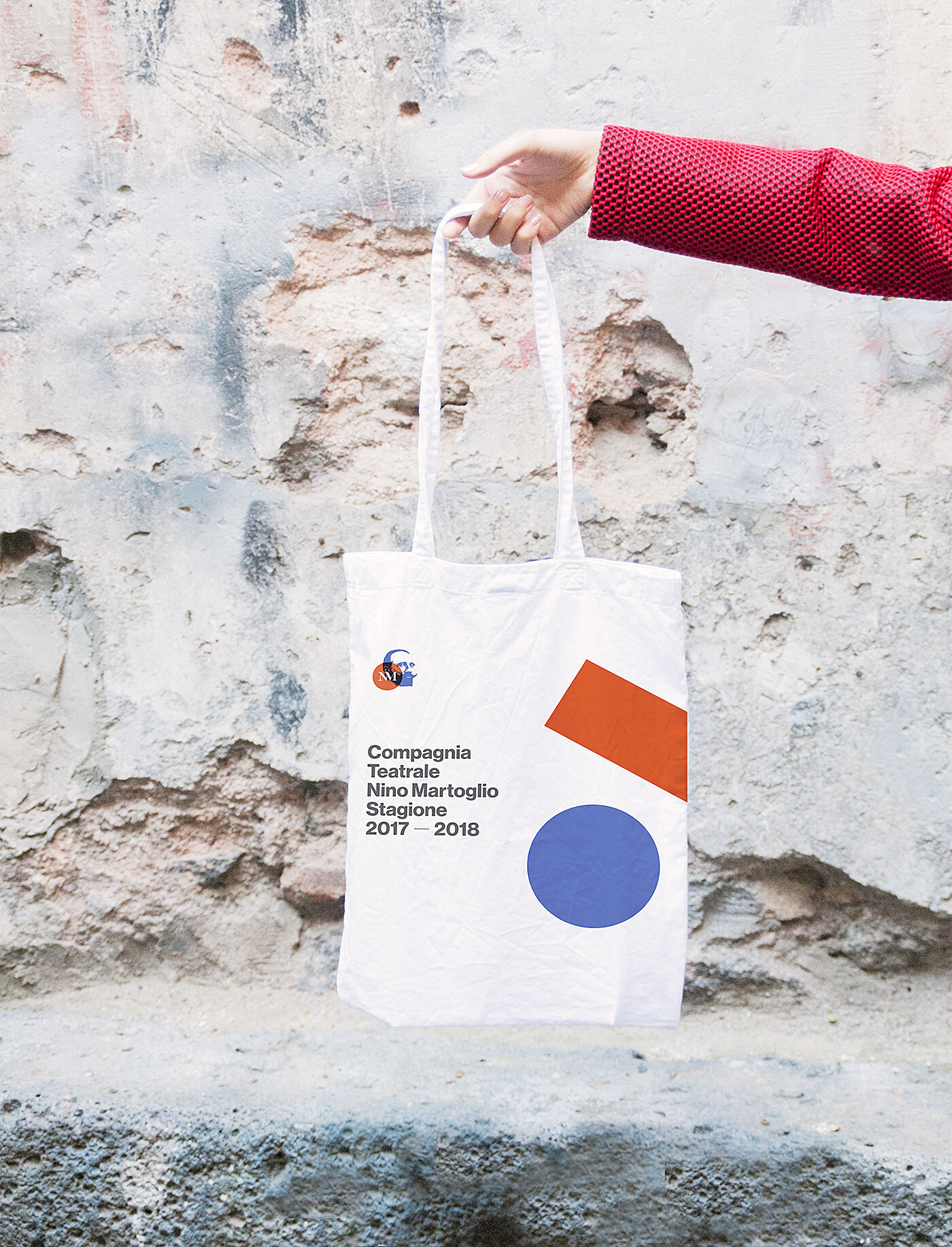 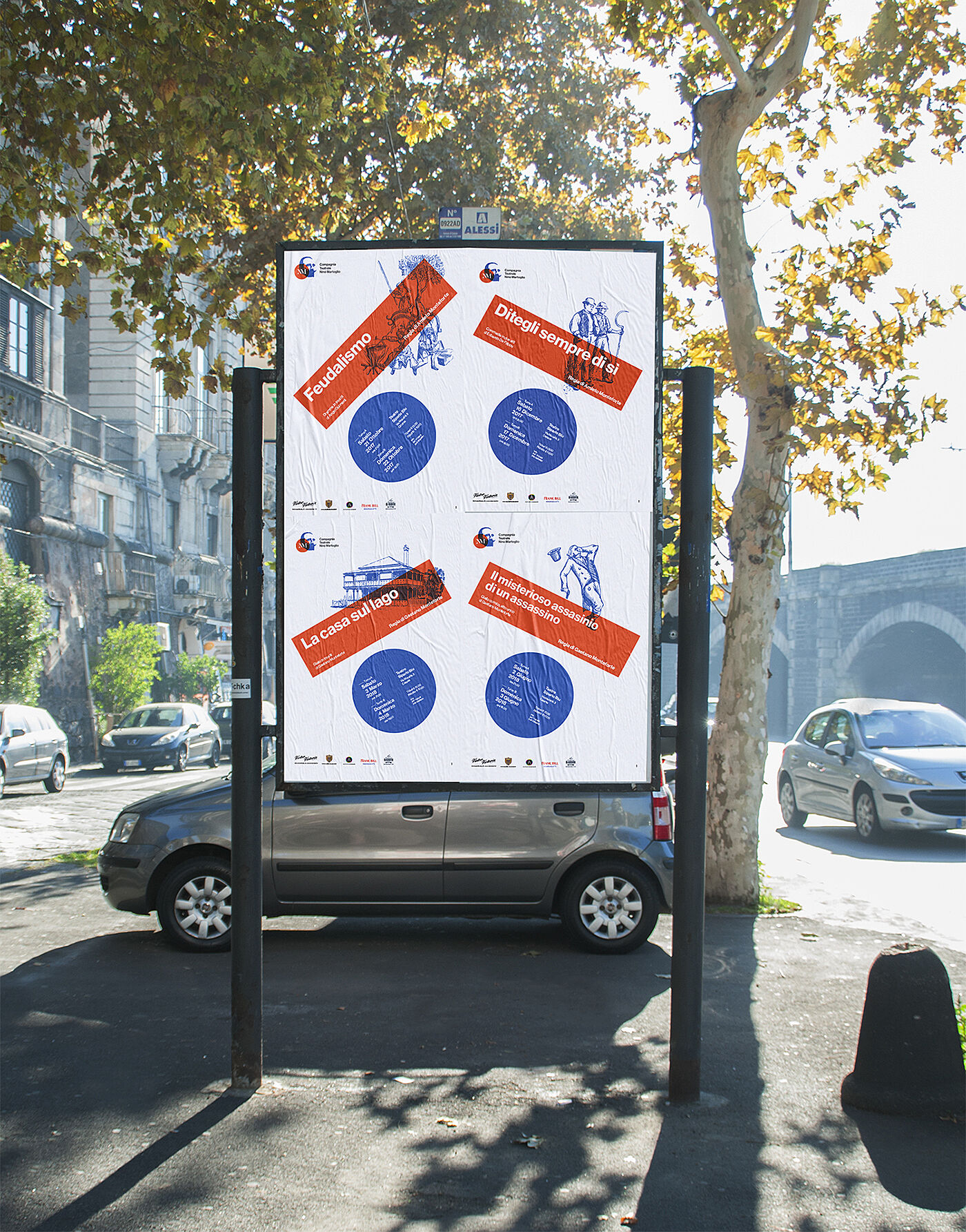 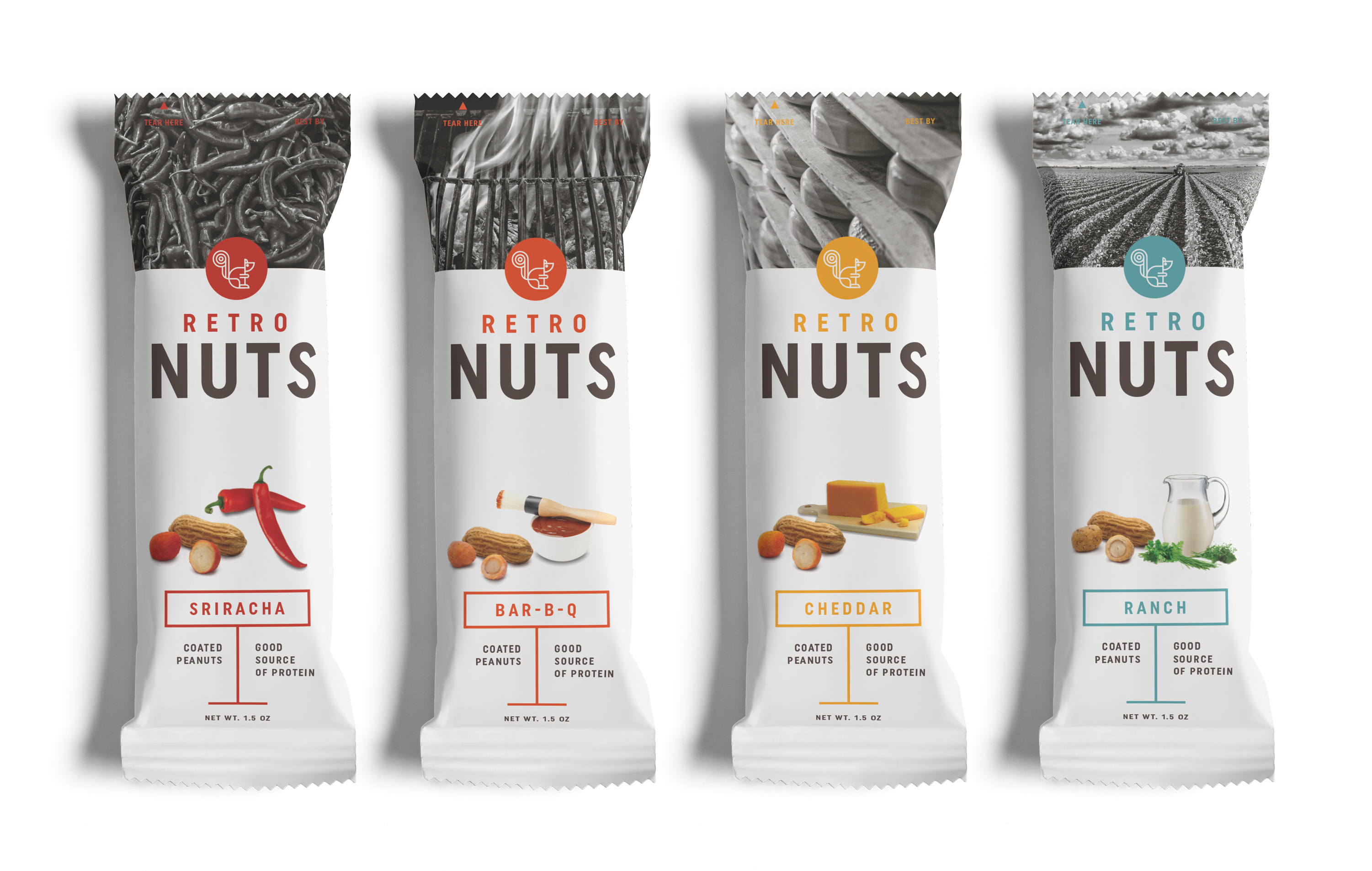 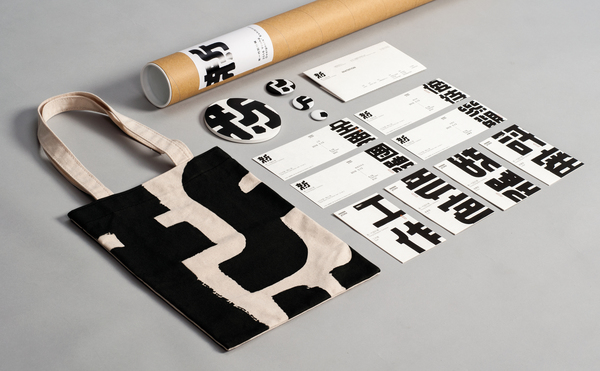 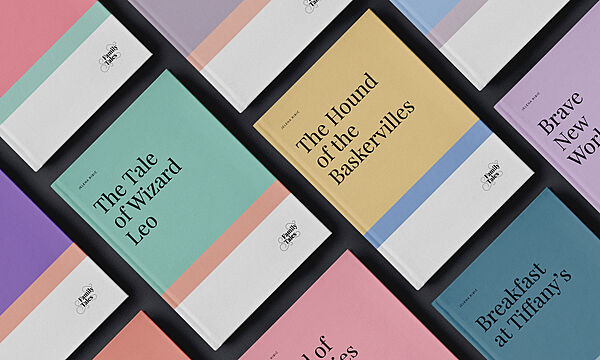