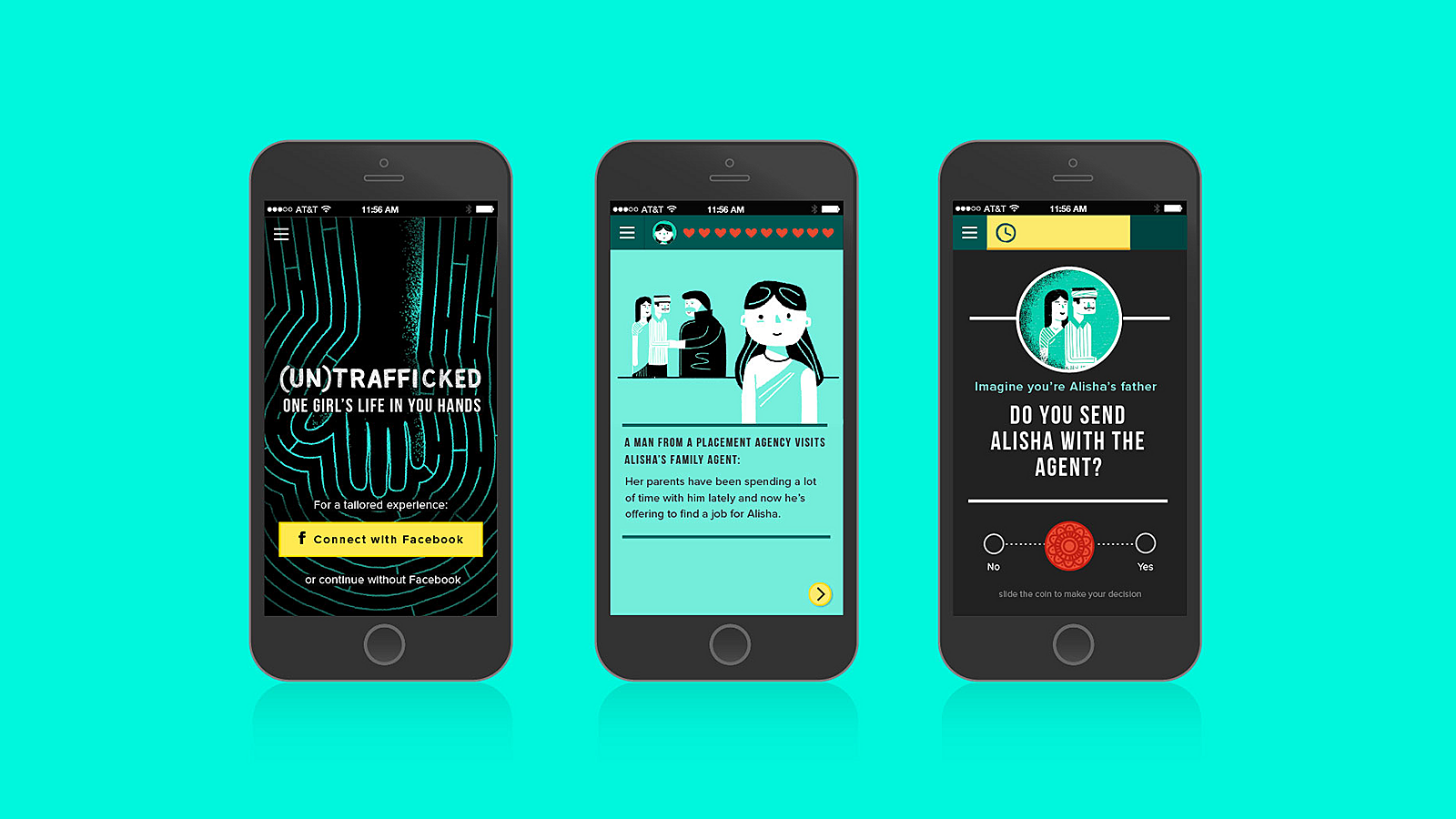 In 2015, there were 3,490 child trafficking cases reported in India. Of these, 90% were girls. (UN)TRAFFICKED is an interactive digital story created to draw attention to this crisis. Created by FFunction for New Delhi-based nonprofit, the Kailash Satyarthi Children's Foundation, (UN)TRAFFICKED is the online centrepiece of a large-scale campaign to end child exploitation in India. The narrative of the game is based on the classic choose-your-own-adventure format, in this case following a 13 year old girl over the course of a life-changing week. It's available in both English and Hindi, and on desktop and mobile. The visual storytelling style is strongly illustrative, giving life to an array of characters that the girl meets during her journey. Every decision the user makes, whether on the behalf of the girl’s father, friend, placement agent, or employer, has a profound impact on her future. In the game—as in real life—the 13 year old girl has no real power or agency, so it’s up to the people around her to protect her by the choices they make and the interactions they have with her.
Interspersed throughout (UN)TRAFFICKED are up-to-date statistics on the state of child labour and sexual abuse in India, some of them shocking: for instance, every hour two children are sexually abused in India.
The good news? Between 2014 and 2016, 23,699 children were liberated from child trafficking. (UN)TRAFFICKED aims to engage citizens and show them that every action counts.
[Pro-tip: (UN)TRAFFICKED is intended to be used with headphones.]

Gold in Illustration for Games 2018

The Kailash Satyarthi Children's Foundation, IN 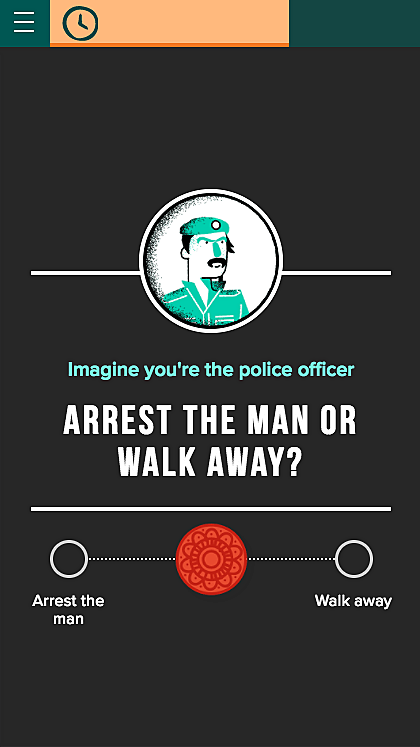 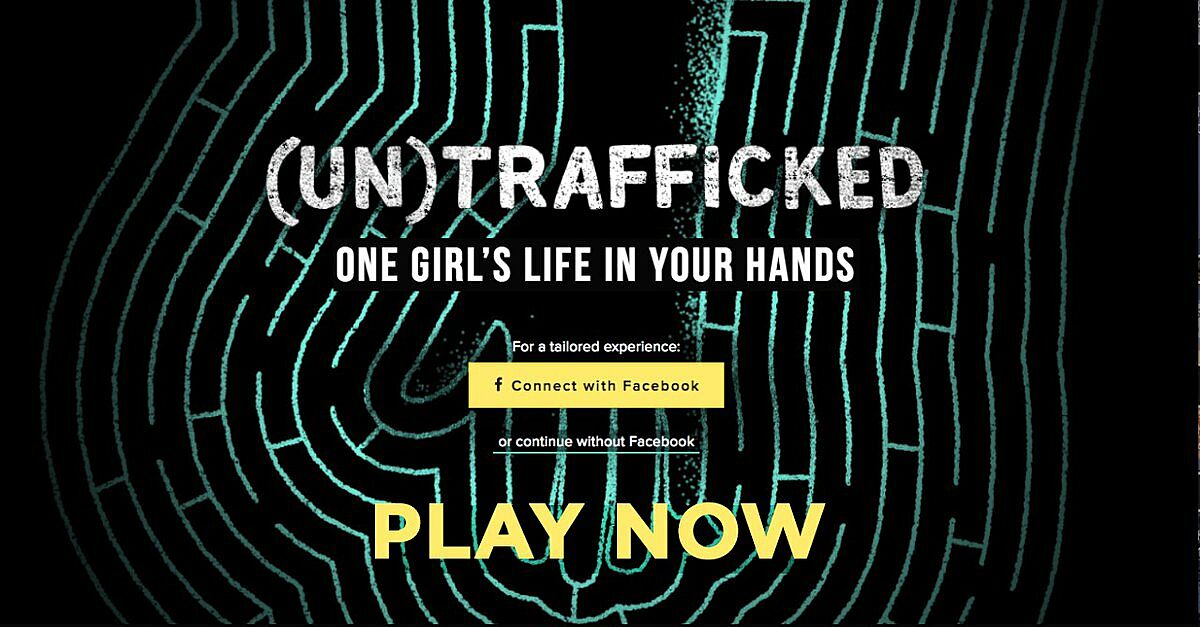 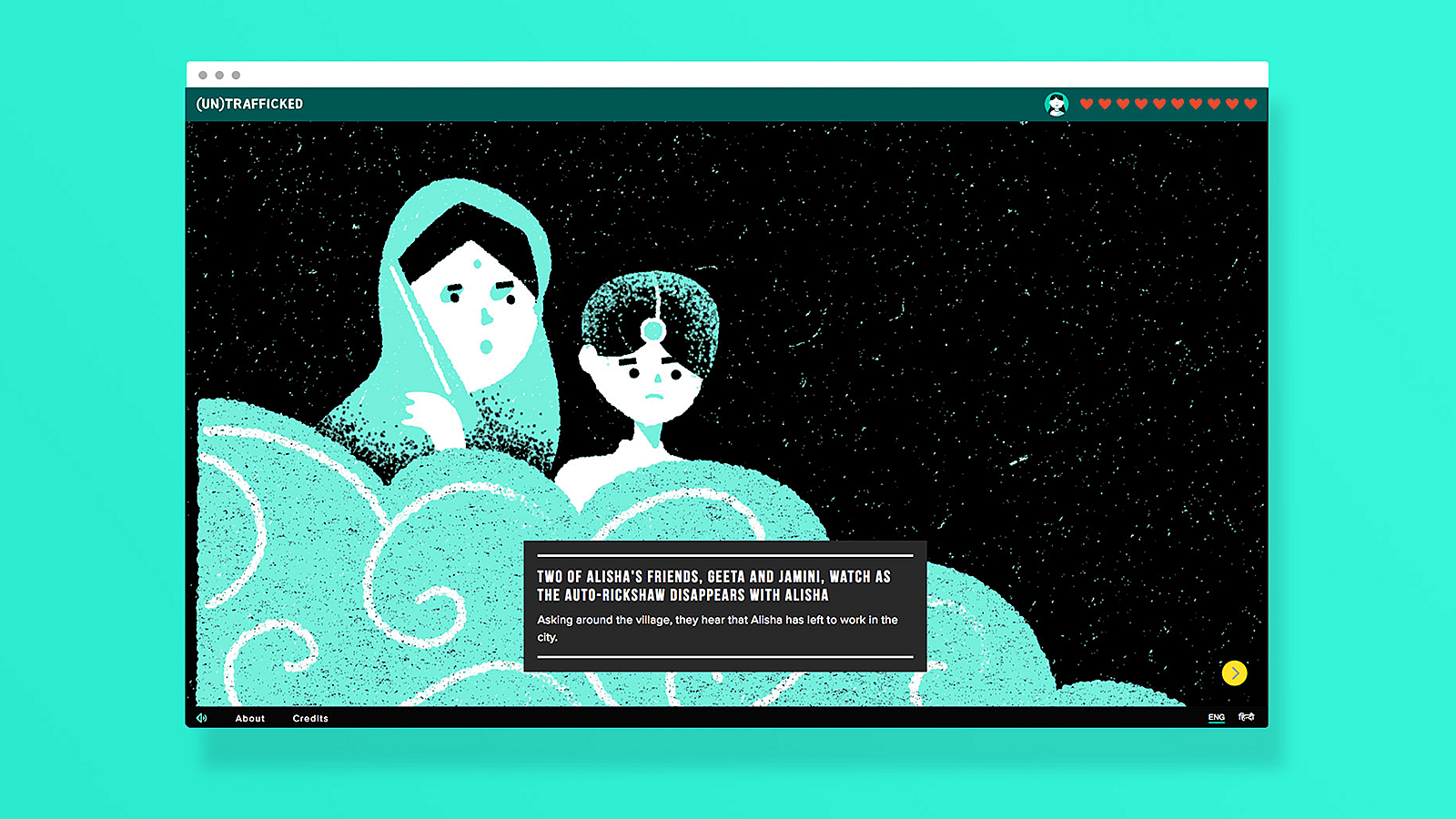 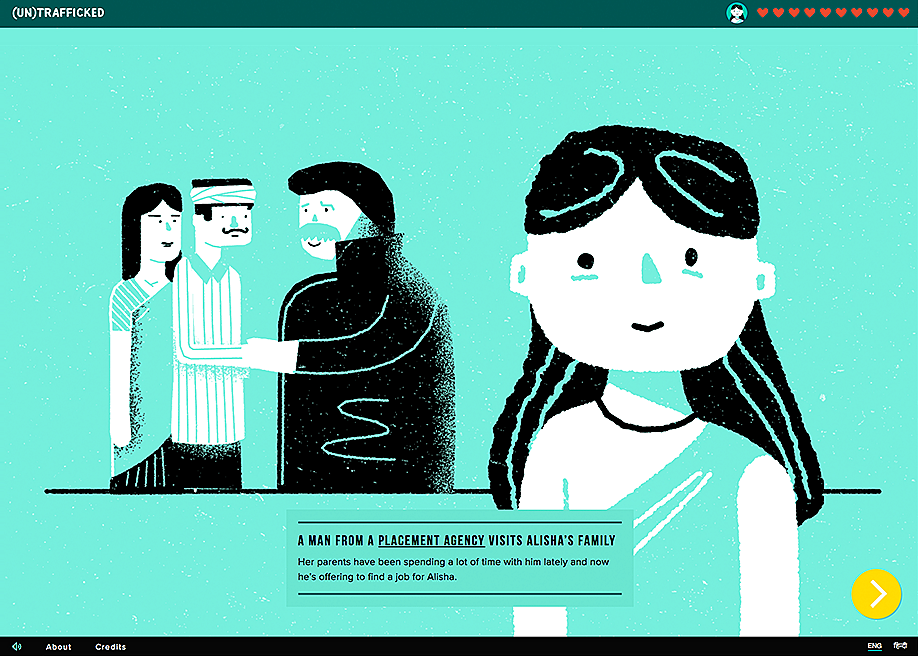 More winners
in Illustration for Games 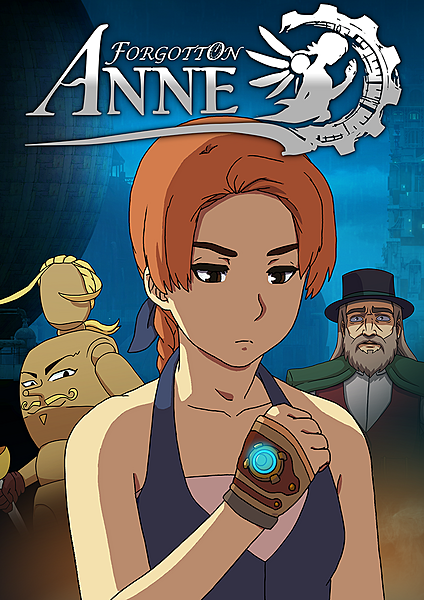 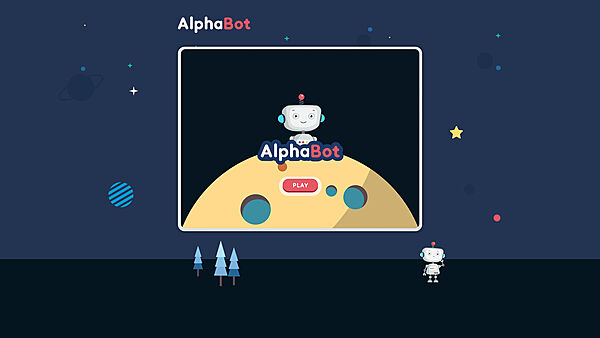