"Higan no Futari - Two on the edge" Posters 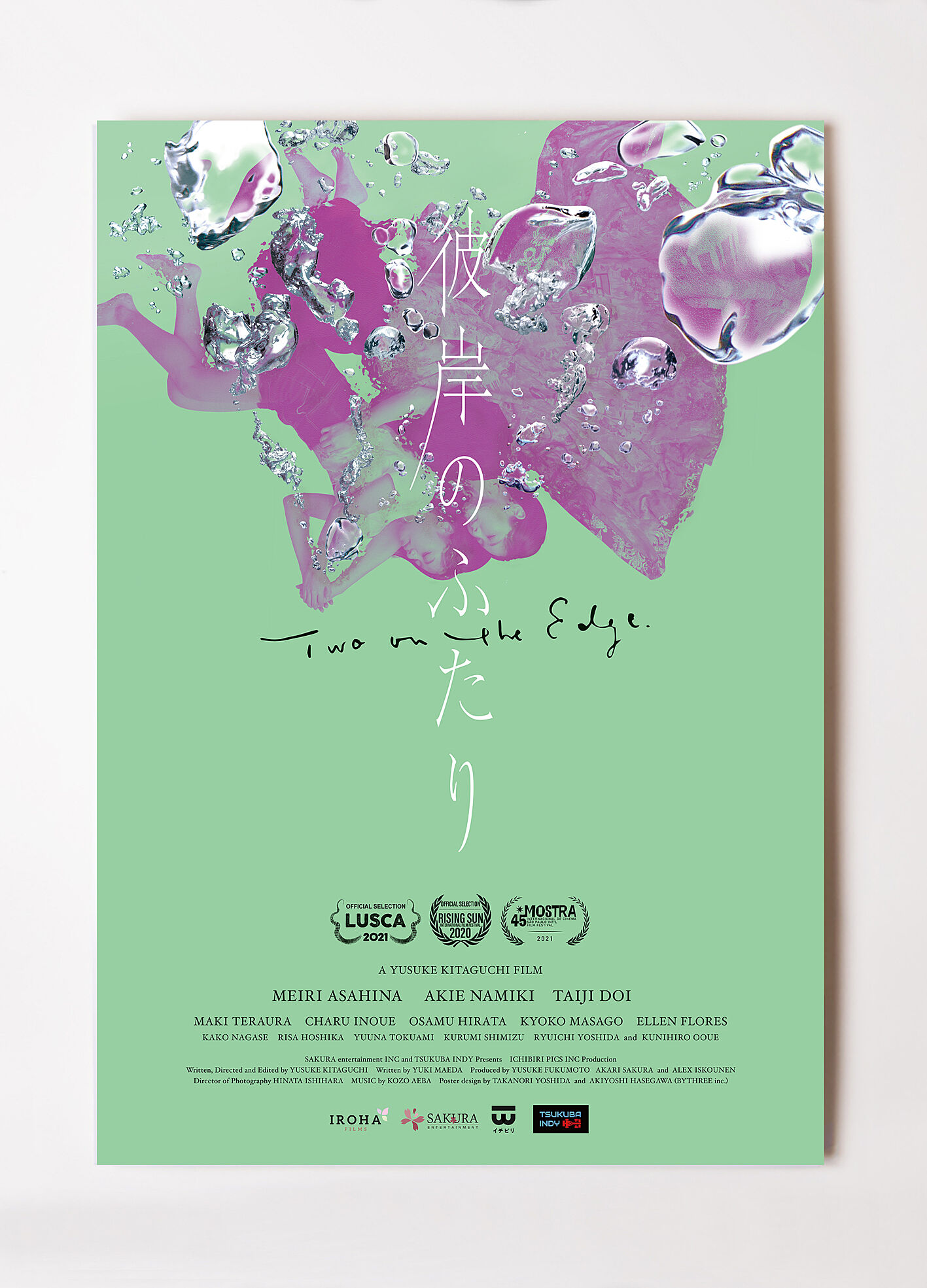 "Higan no Futari - Two on the edge" is a movie that is about a girl who was abused by her parents and grew up in an orphanage. This has been highly acclaimed at several international film festivals. We were in charge of the title design and poster design. We produced two types of posters, one for overseas and one for Japan.

[Visual for overseas version]
The key visual is a scene of a mother and child with a difficult relationship, sitting close together. This is composed of a dull green and a complementary reddish-purple color to give the impression of a scene in which it is difficult to tell whether it is hope or despair. In addition, air bubbles are added to give the image of two people sinking into the water. The bubbles are overlaid with transparent ink at the time of printing, and the thickness of each bubble varies, creating a slightly uncomfortable feeling. The title is deliberately laid out in Japanese in large, vertical lines to tell a sense of Japanese film.

[Visual for Japan version]
The key visuals feature the main character as a child who was abused and the main character as a young woman who has grown up. A large part of the poster is filled in to represent the dark past of abuse. A special glittery paper was used for printing. Only the black part of the protagonist's image, which is not filled in, looks sparkly depending on the angle. This expresses the protagonist's hope for a future yet to be seen. The title is handwritten to show the unstable feelings of the protagonist.

Silver in Poster and Brochure Design 2022 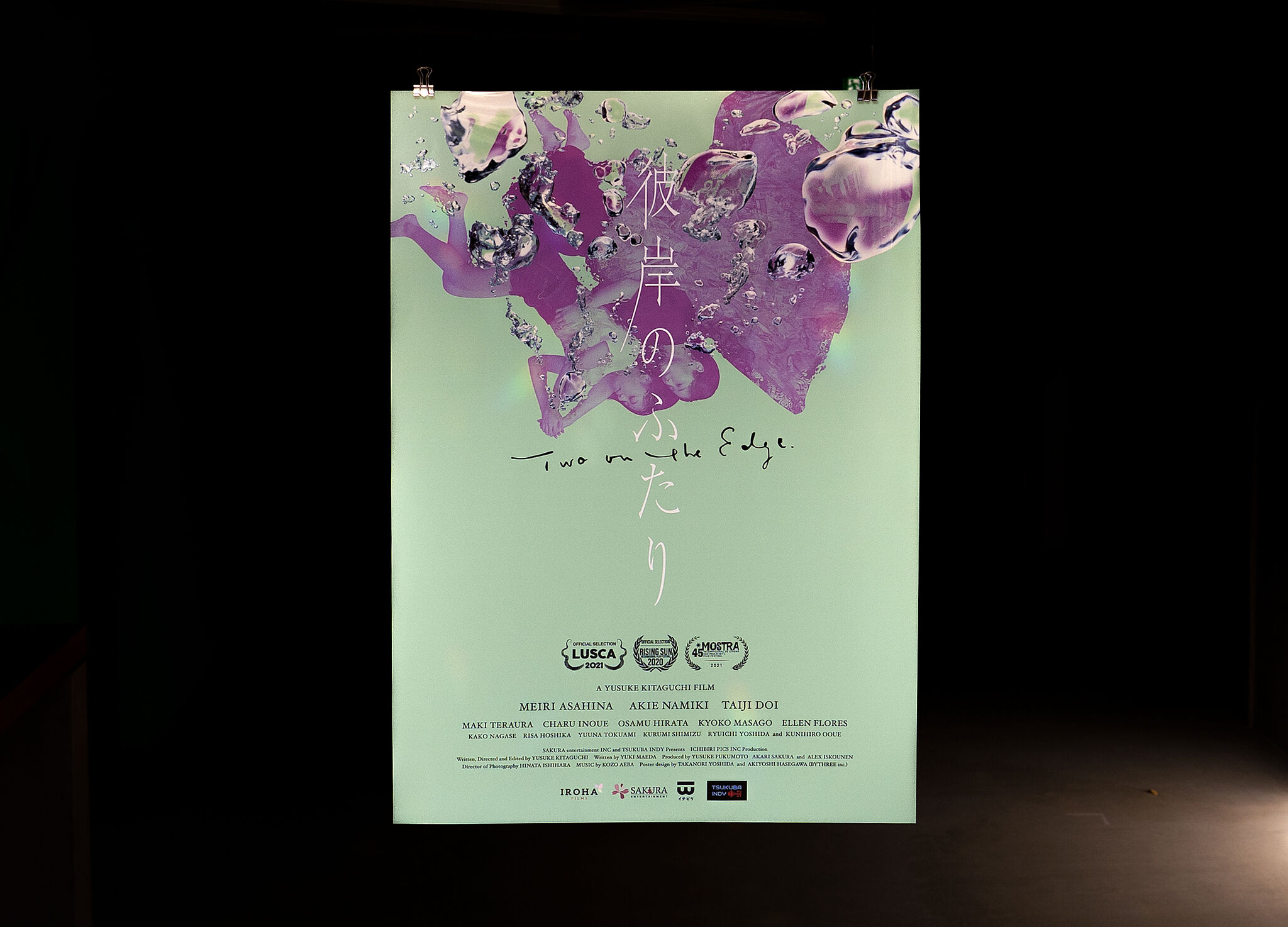 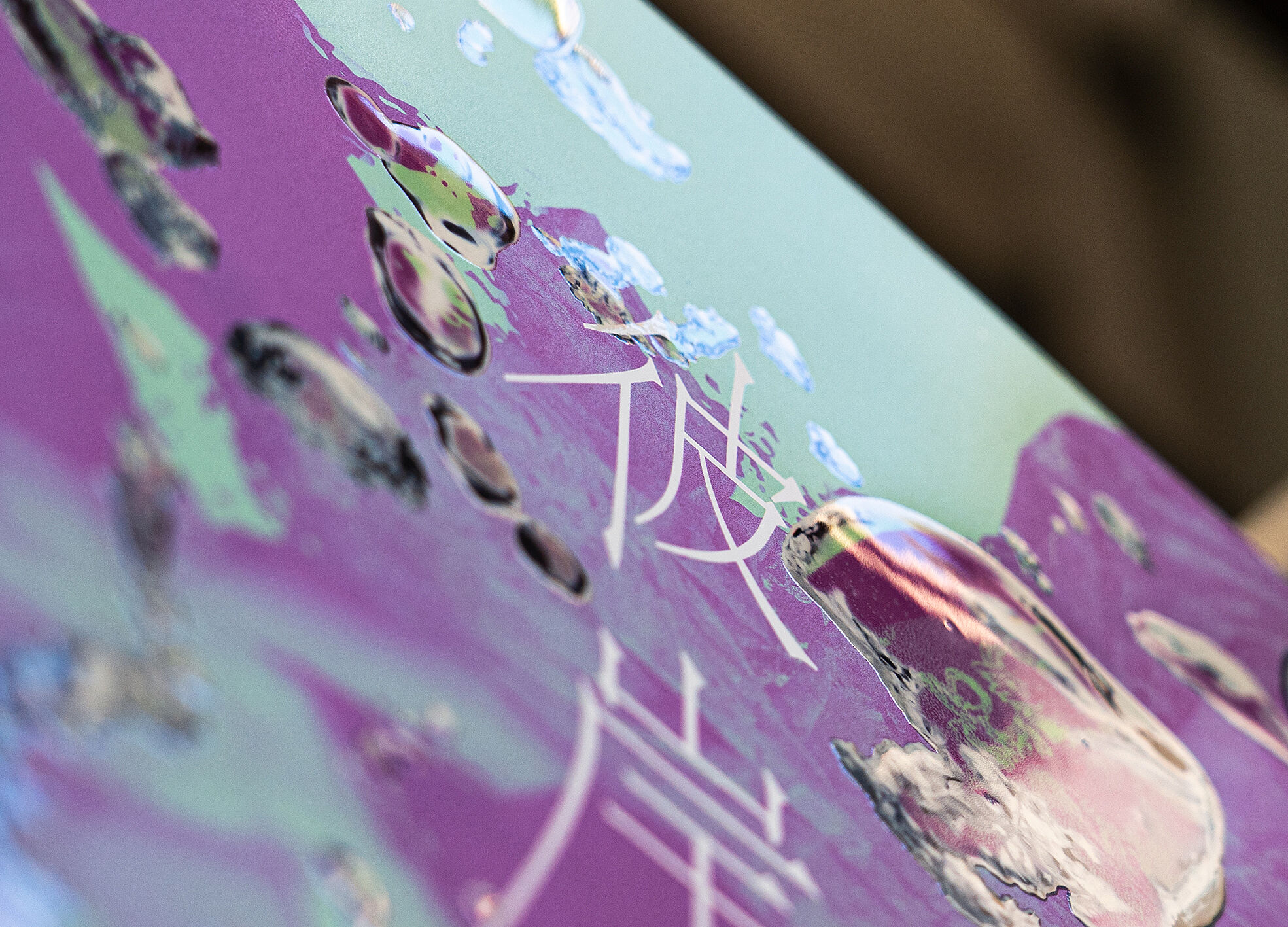 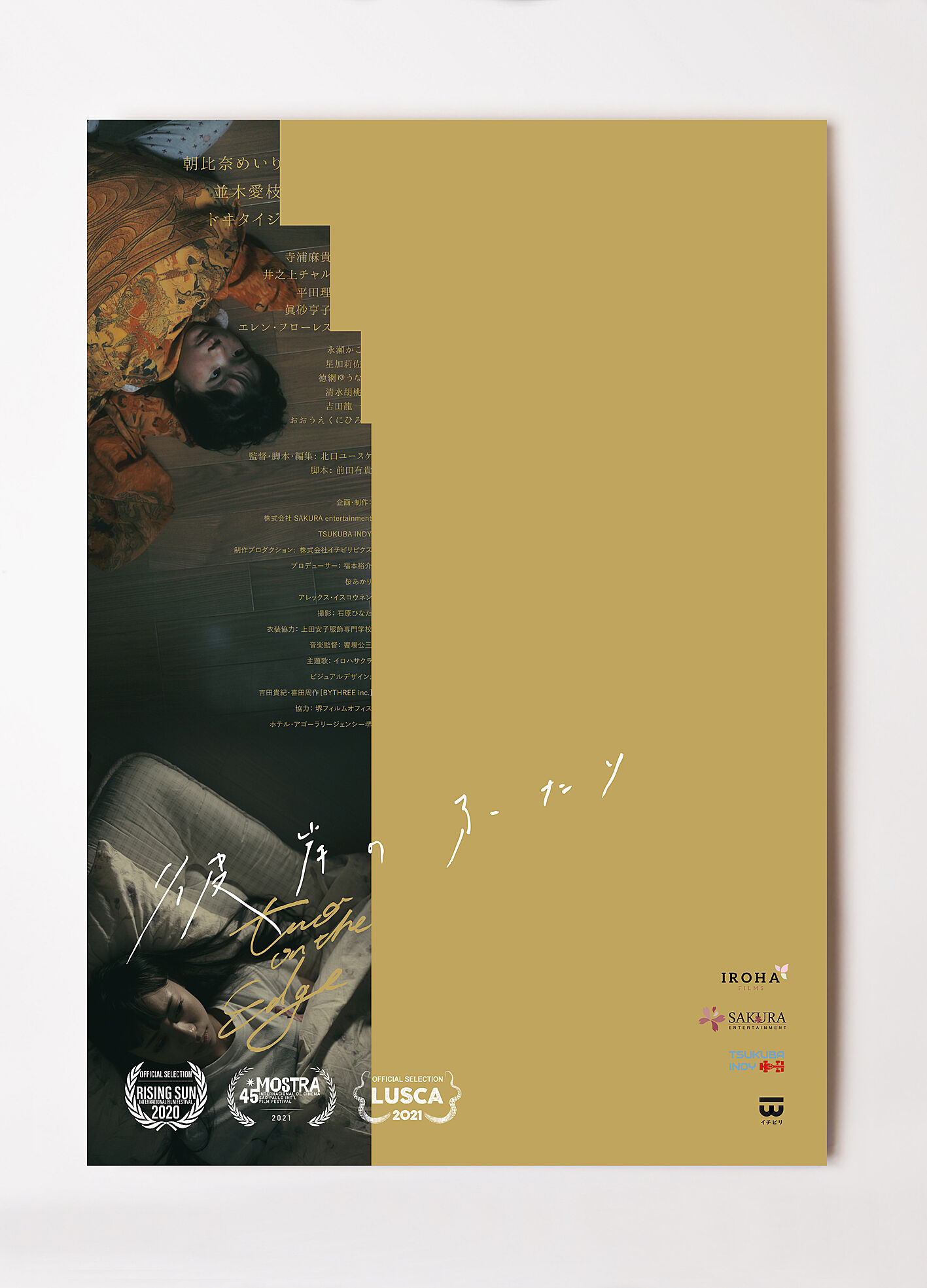 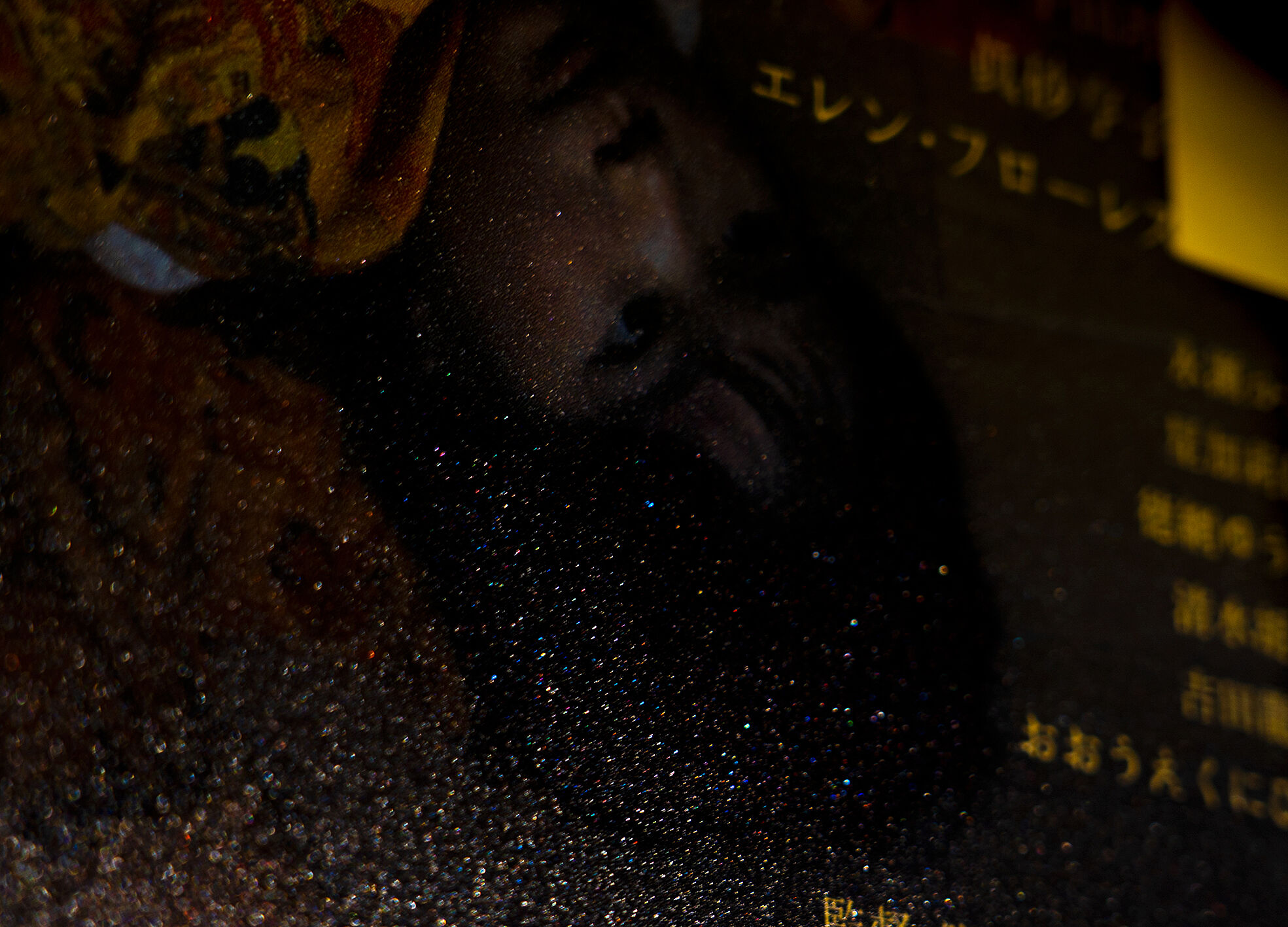 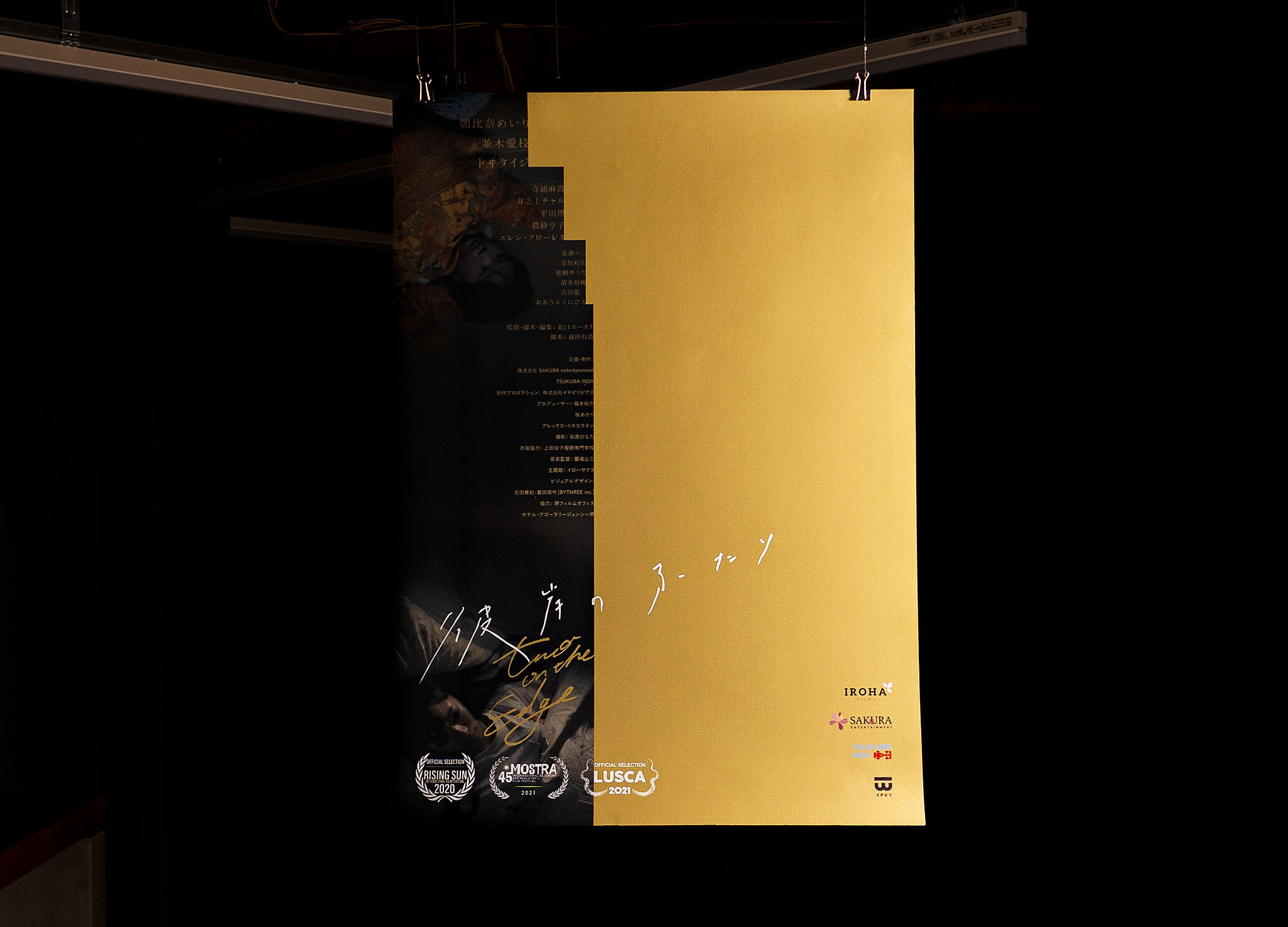 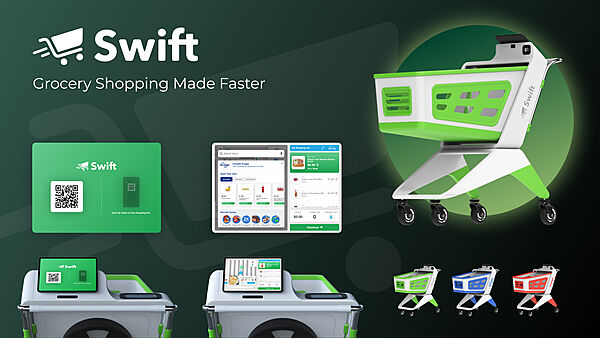 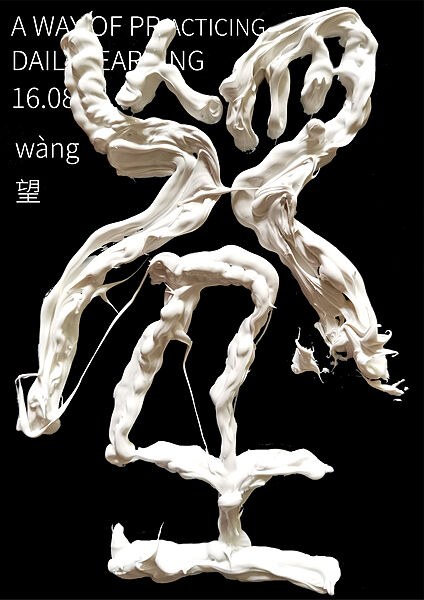 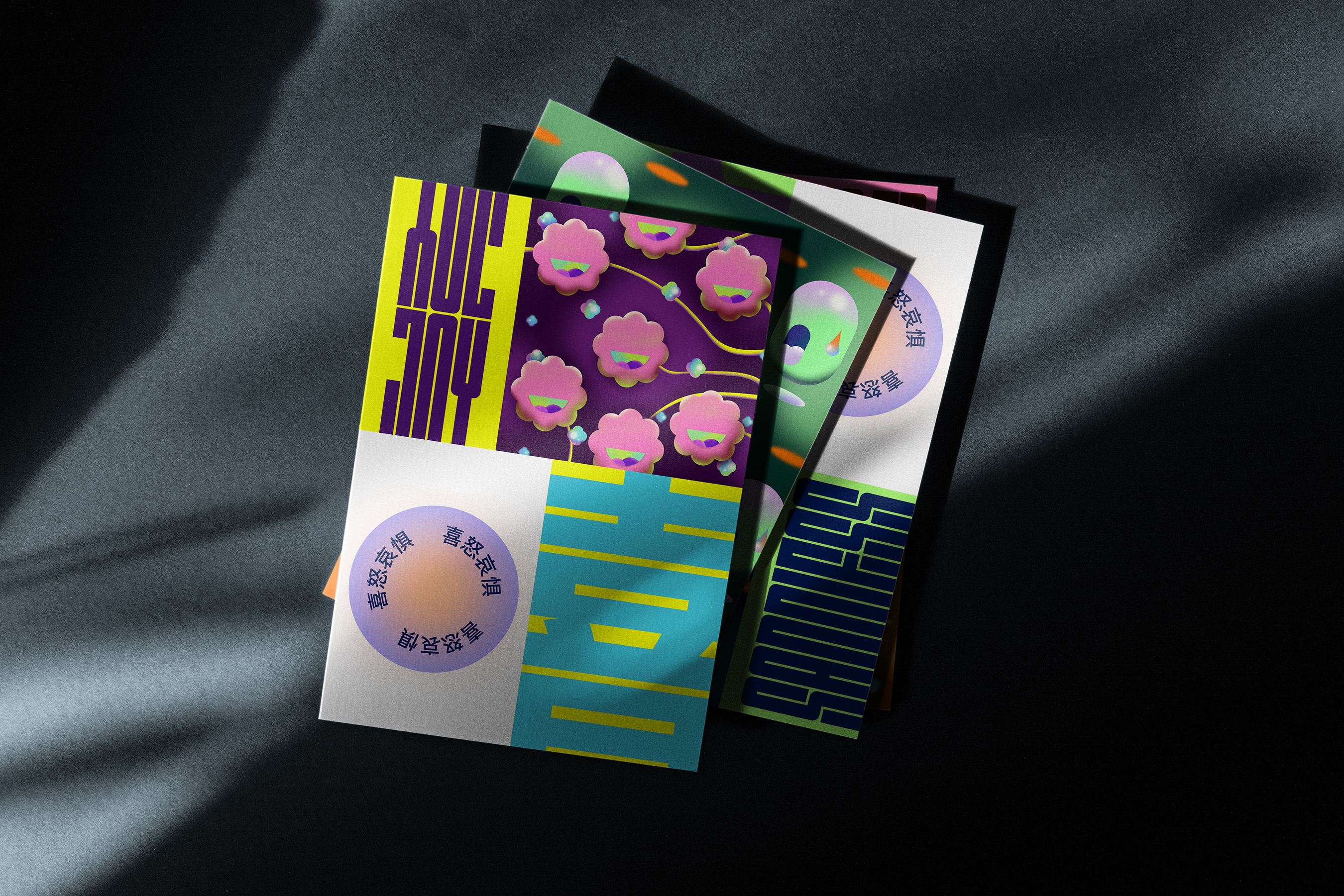