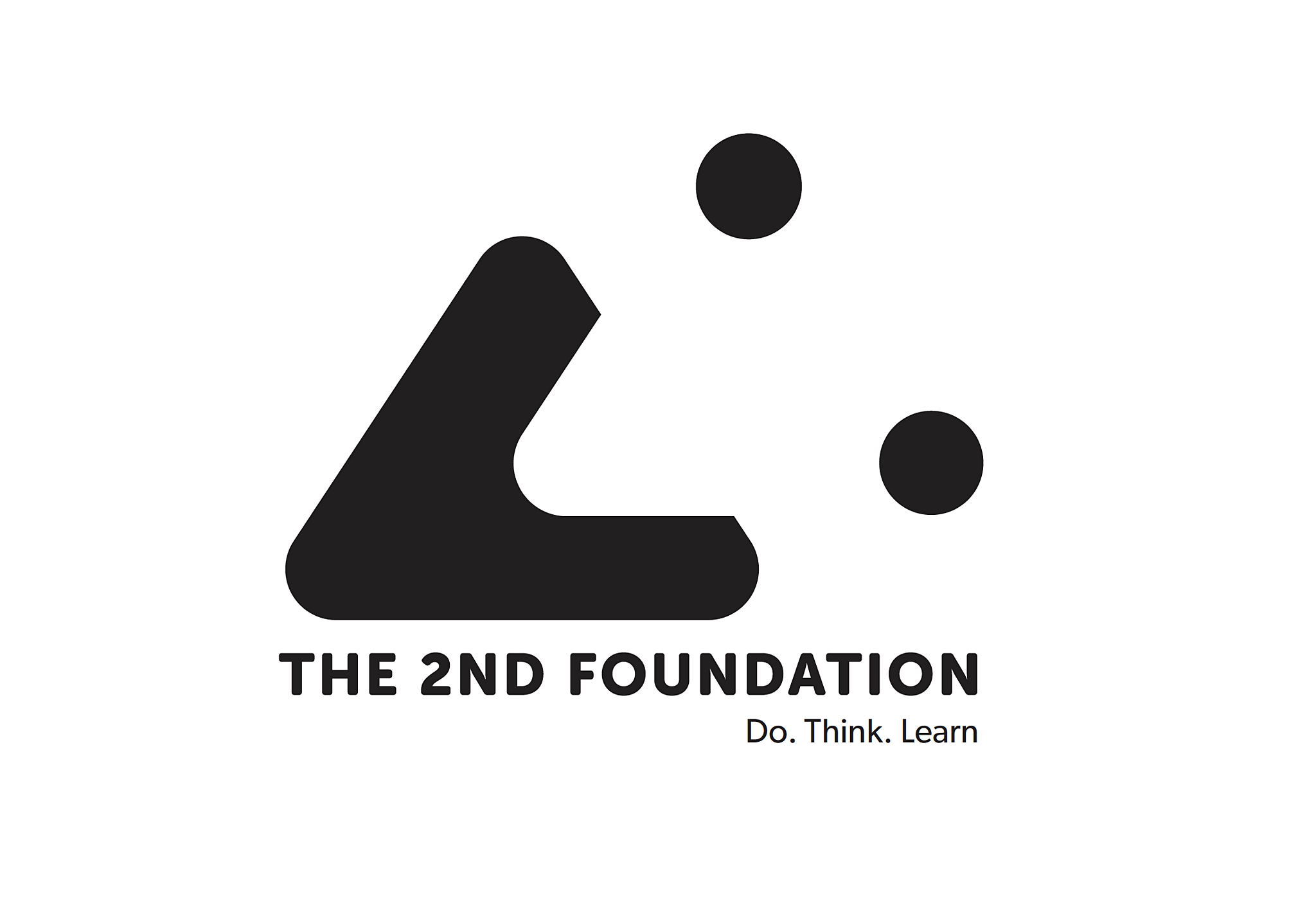 The task was to design a logo and branding system for a series of workshops called "The 2nd Foundation." The workshops are geared towards youth in India and aim to instill a maker/DIY culture into the traditional grade school system with workshops on computational thinking, robotics, maker techniques and life skills. The workshops were branded as "Skills in Schools" but the creators wanted a logo that reflected the ideals of the workshops while intriguing students to participate in them. In this case, the "1st foundation" represents traditional school subjects and classroom-based learning. The 2nd Foundation is a new metaphor, where students "do, think, and learn," developing the 21st century skills needed to prepare them for the future world of work. A logo was designed that represents the core values of the workshops. In addition to the logo, the client wanted mascots designed for the different workshops. The logo itself is made of 2 shapes and when experimented with, I discovered that these two shapes can be made into many different types of creatures (minimal illustrations). I proposed to the client that the students create the mascots themselves for each workshop using the shapes from the logo mark. They can make them digitally or with physical materials as learnt in the maker/DIY workshops. The only constraint is that they have to use only the circle and triangle to create the mascots. Designing within these constraints itself is a small lesson in design thinking and therefore inline with the core values of the program. 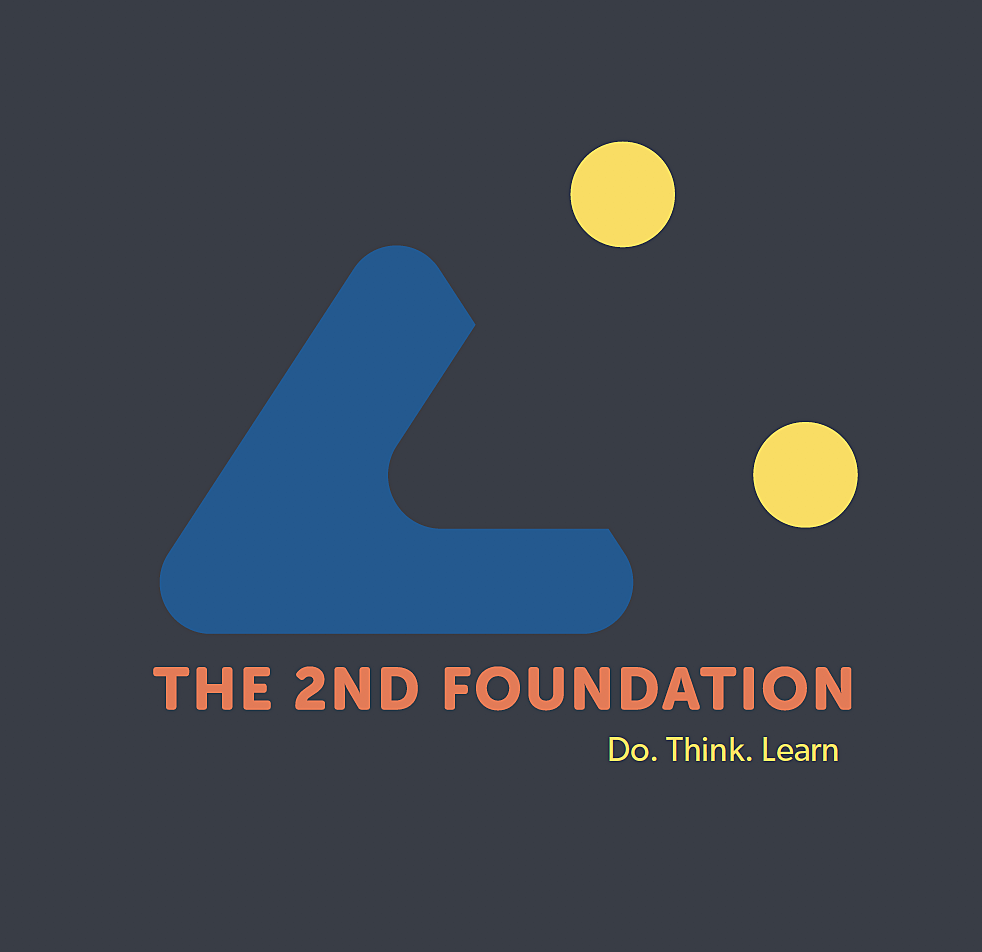 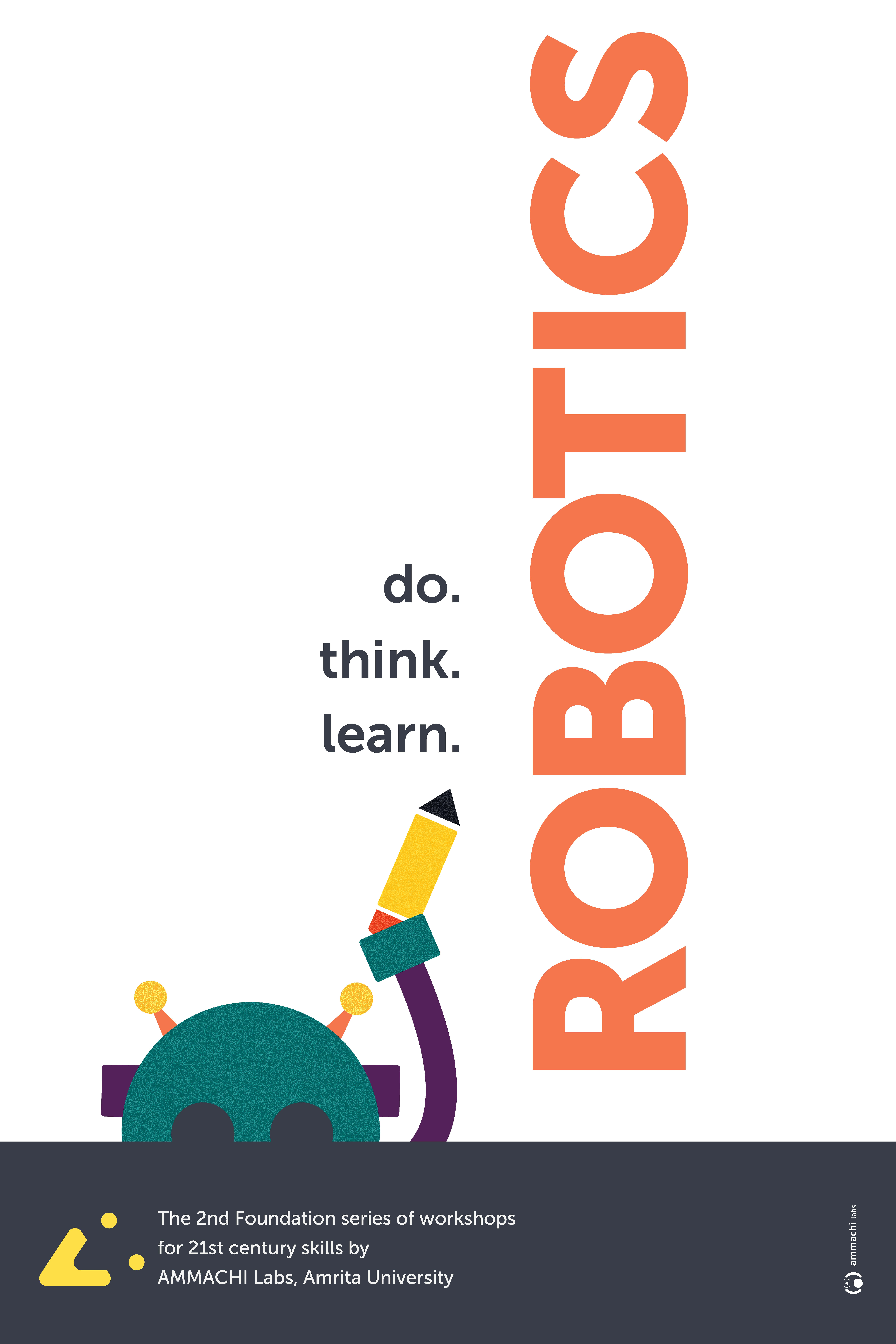 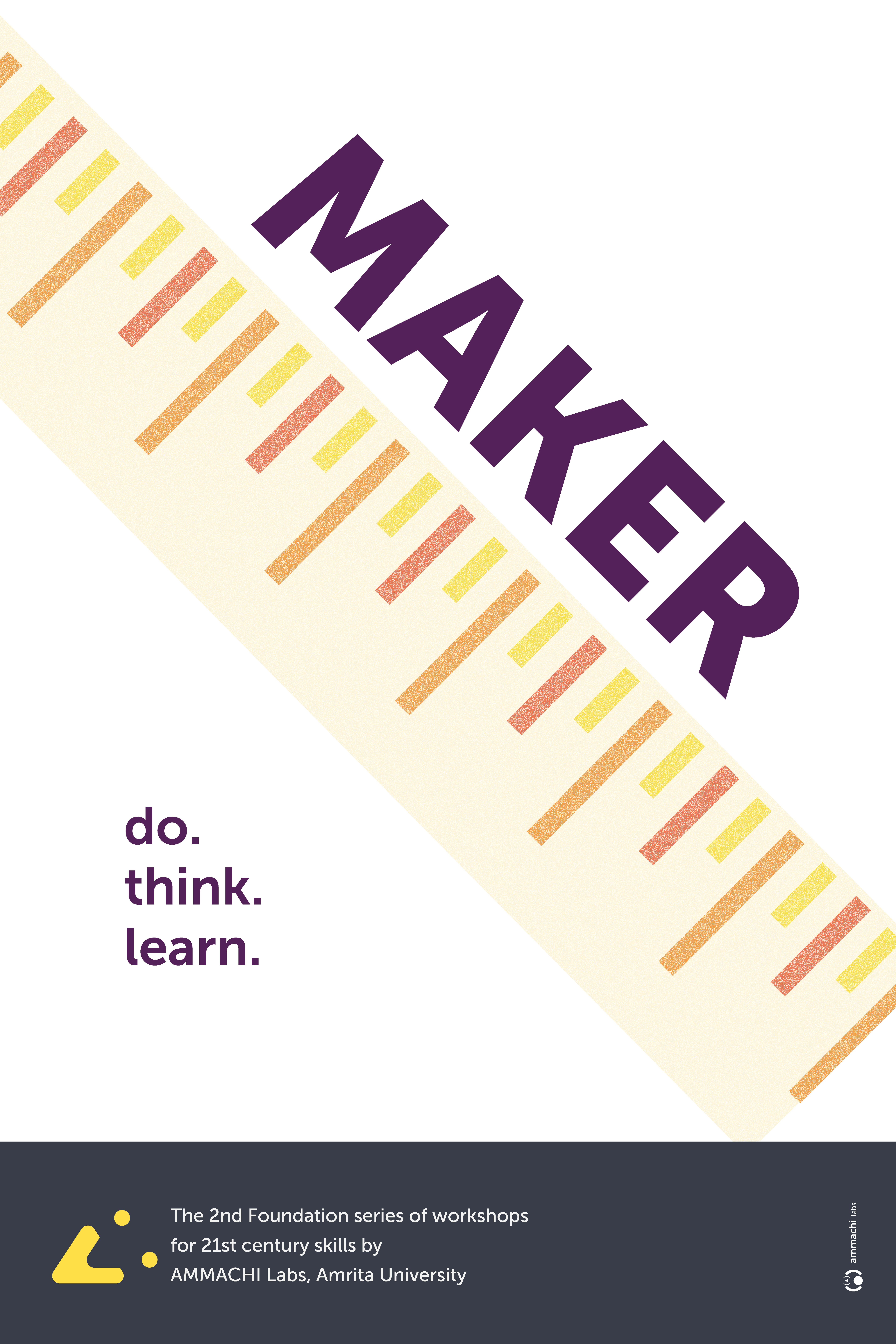 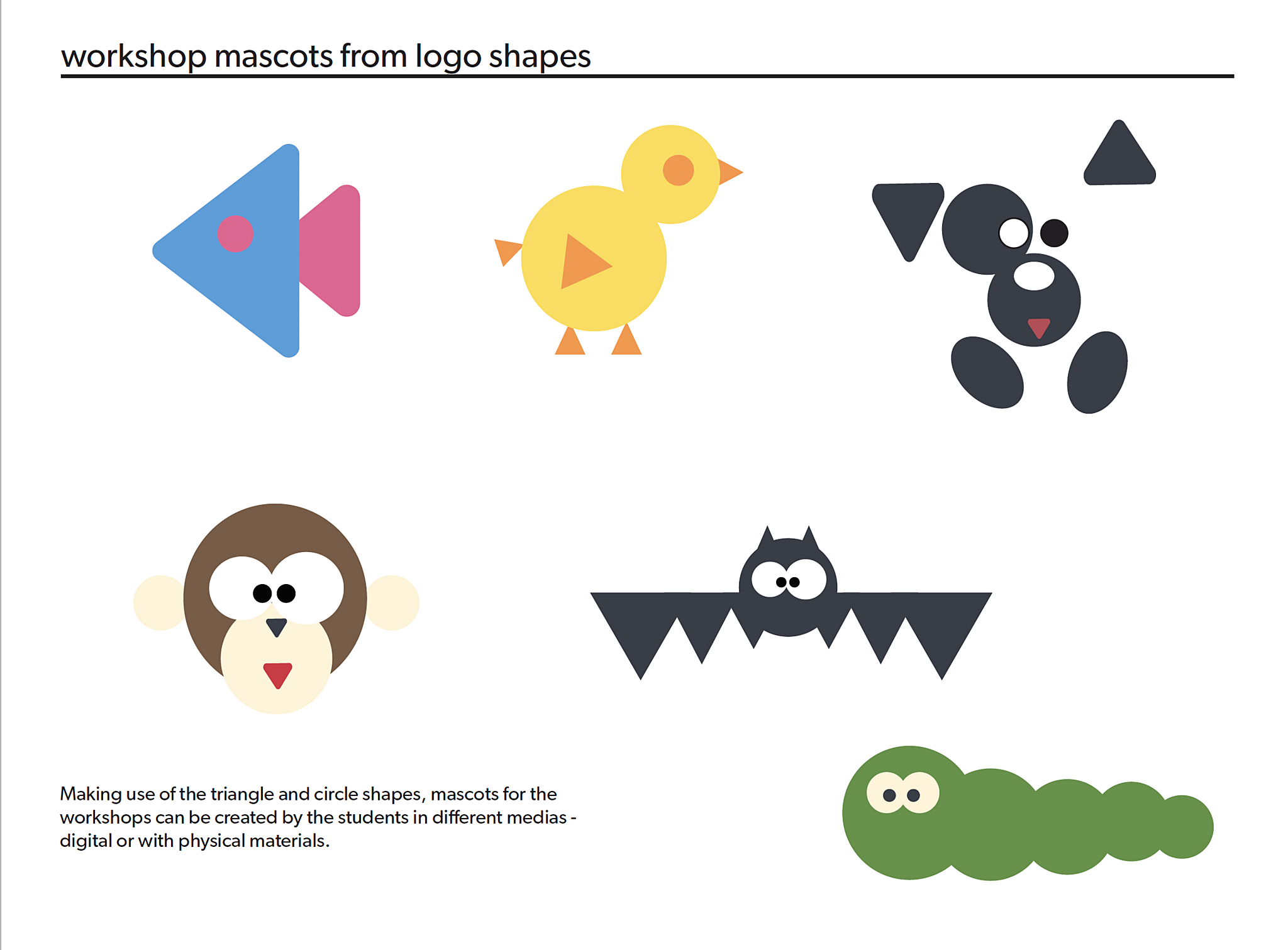 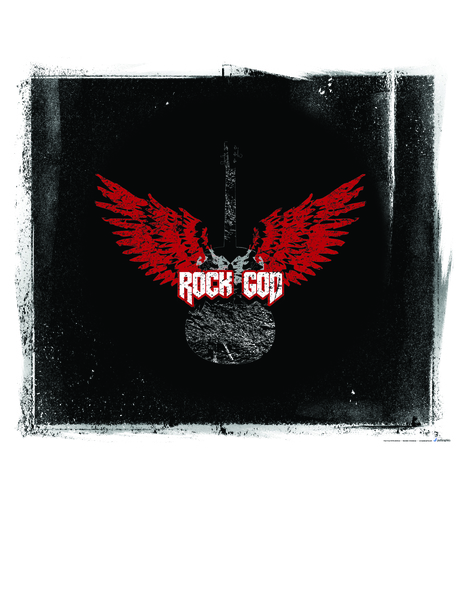 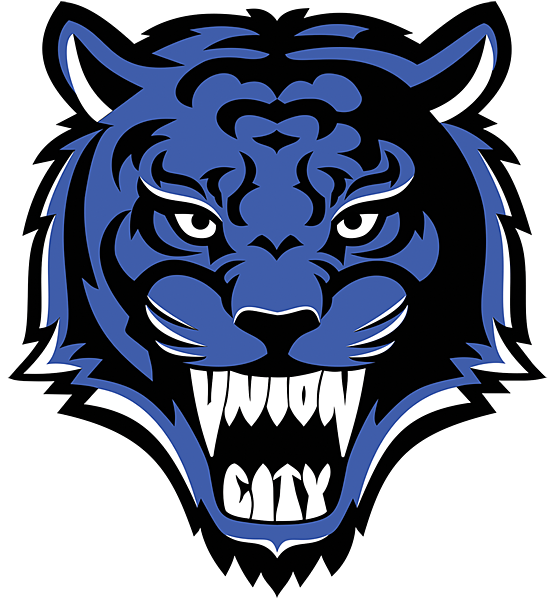 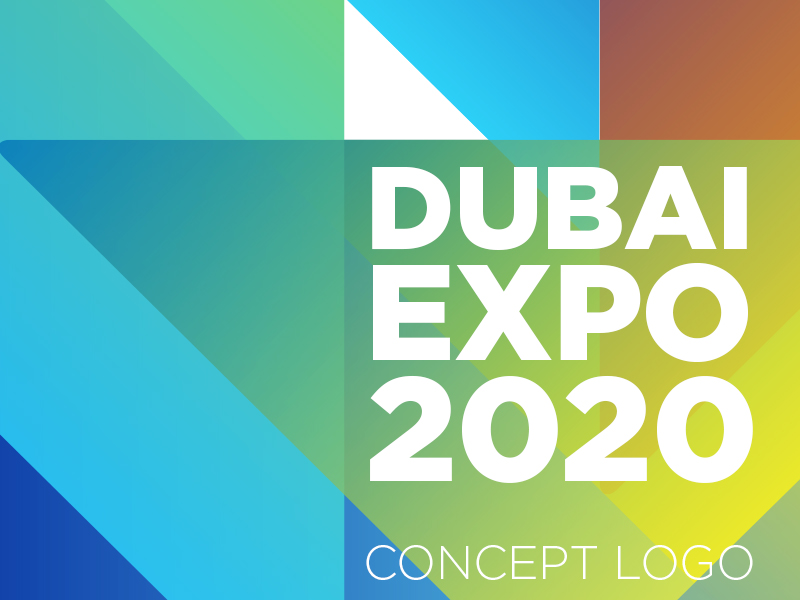