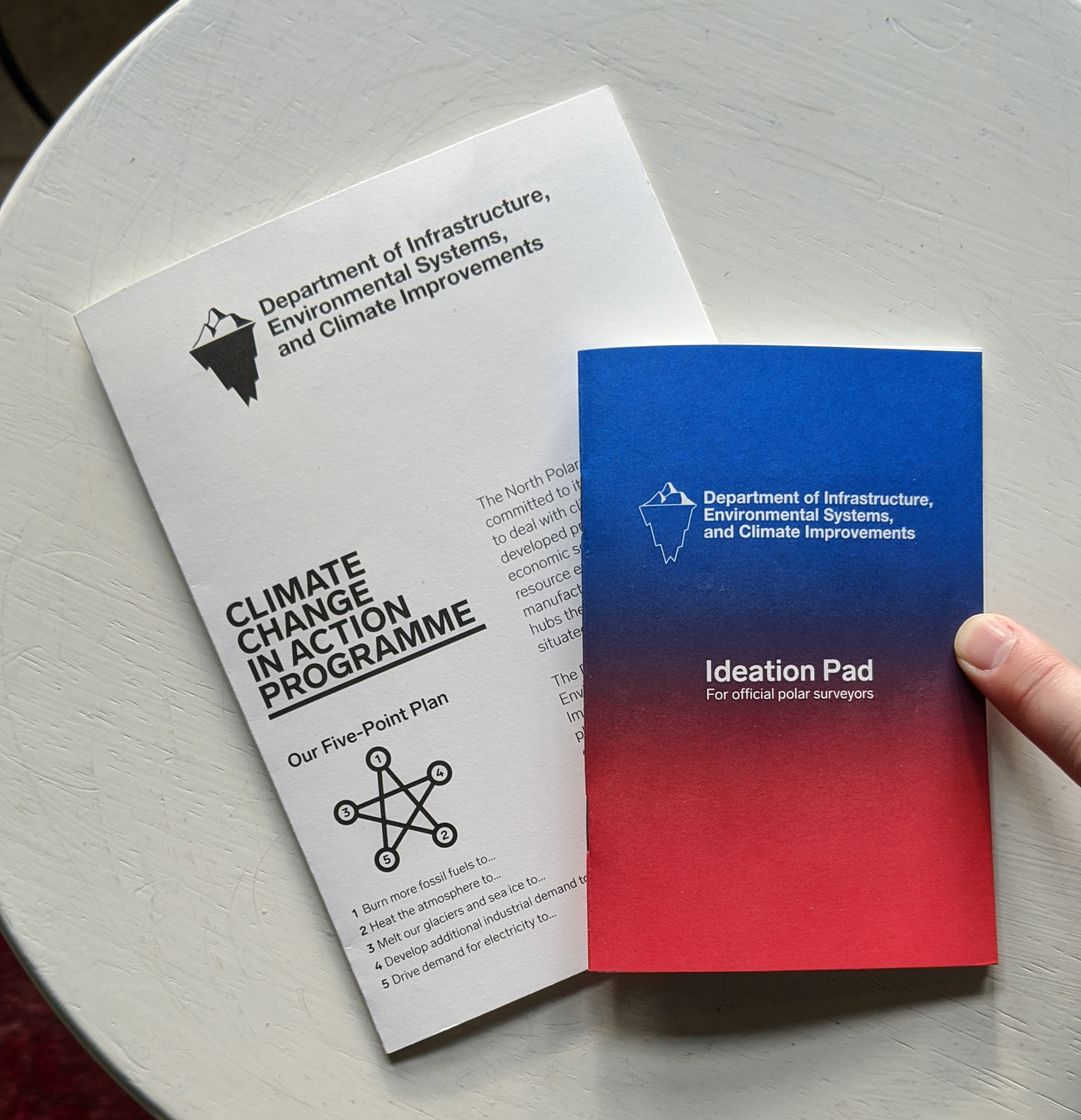 2019 was the second warmest year on record, according to NOAA and NASA. My annual holiday card for my family, friends, and coworkers parodied our warming climate and the relative lack of actions by the US and some western governments by exploring the climate change in action plans of a fictional North Polar government. I used a black and white colour palette because the real life science is overwhelmingly stark. Additionally, acronyms and text satirised the denial of climate science, e.g. DIESCI as Department of Infrastructure, Environmental Systems, and Climate Improvements, while chart and graph forms referenced Christmas and Hanukah shapes, e.g. snowmen and menorahs. However, the bar chart used real data to show the scale of CO2 emissions on the scale of both countries and per person. I inserted fictionalised data for the North Pole and highlighted select countries where my recipients live. Because the 2019 edition was the tenth year of my cards, I also designed a small sketchbook gift. The inside is blank, but the cover used split fountain printing for a red-blue design inspired by the climate stripe charts. The inside text references jokes made throughout the years. 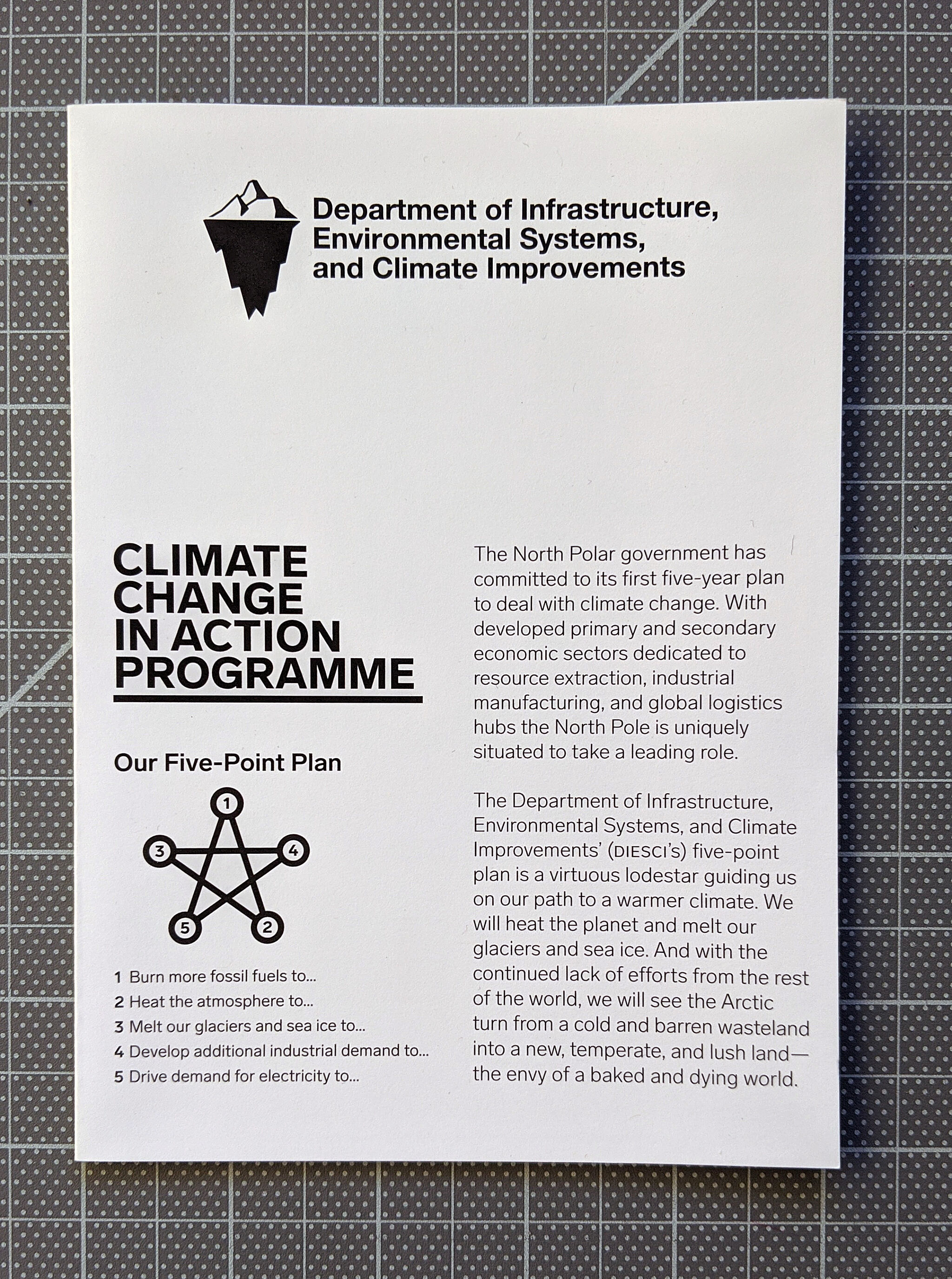 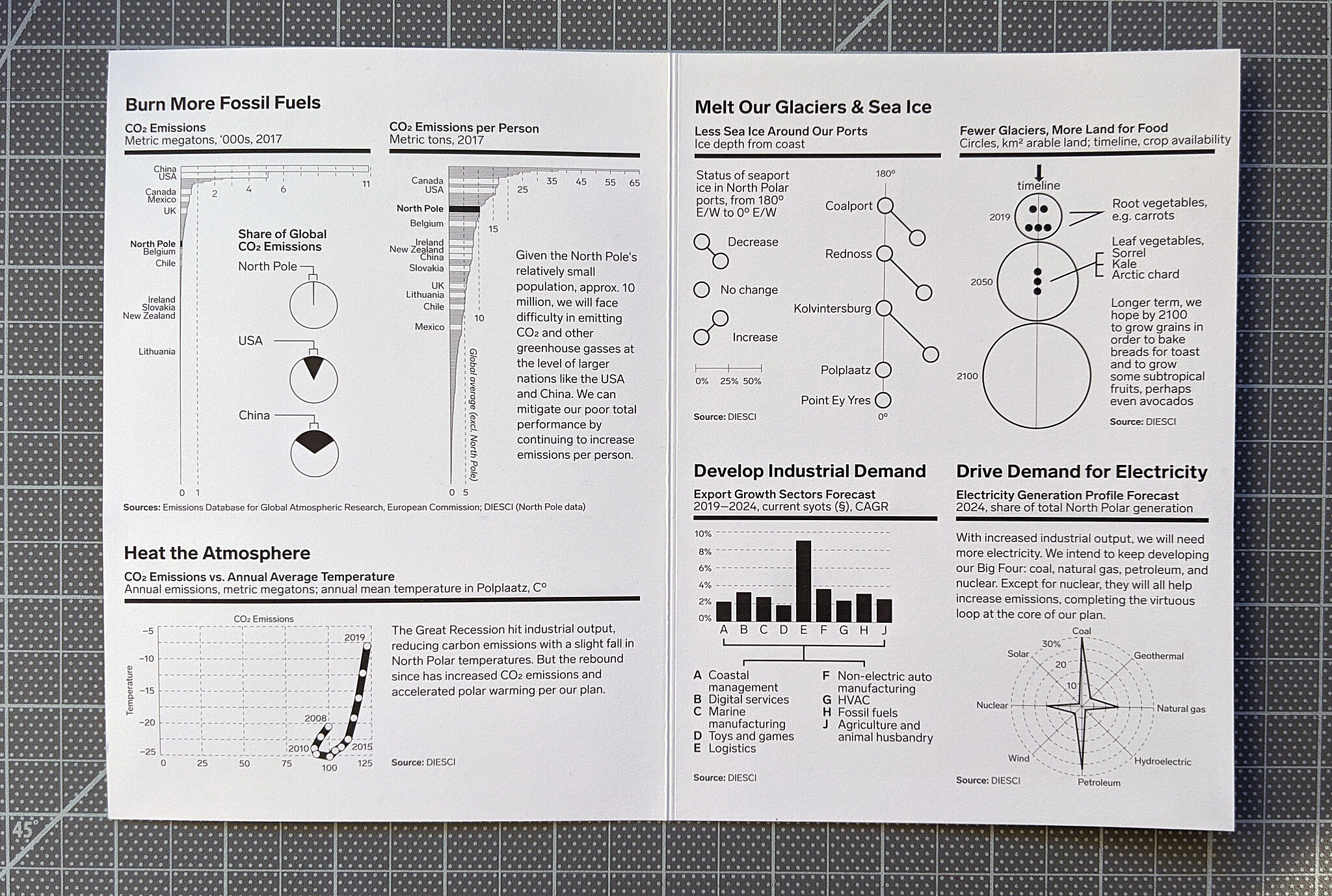 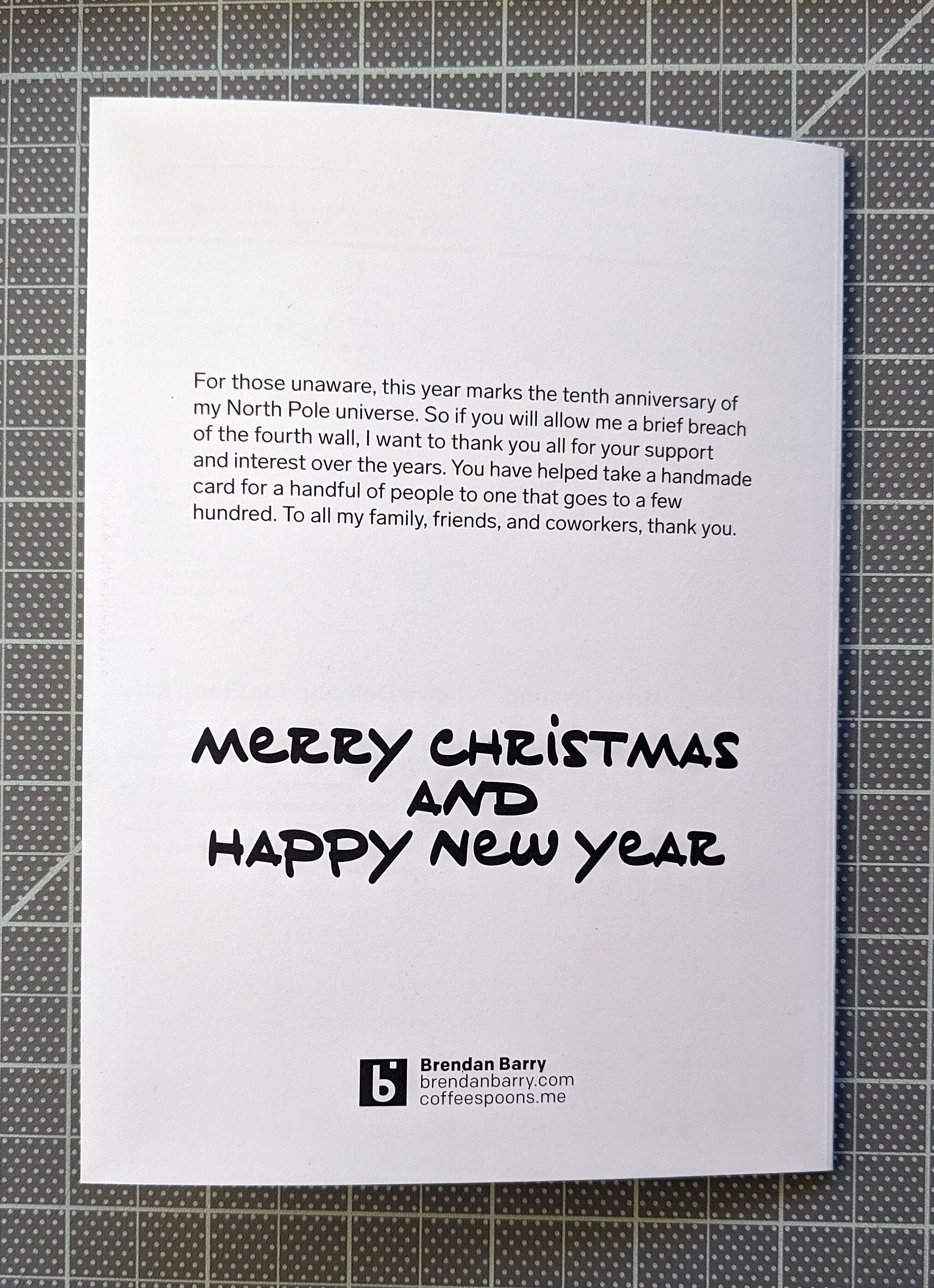 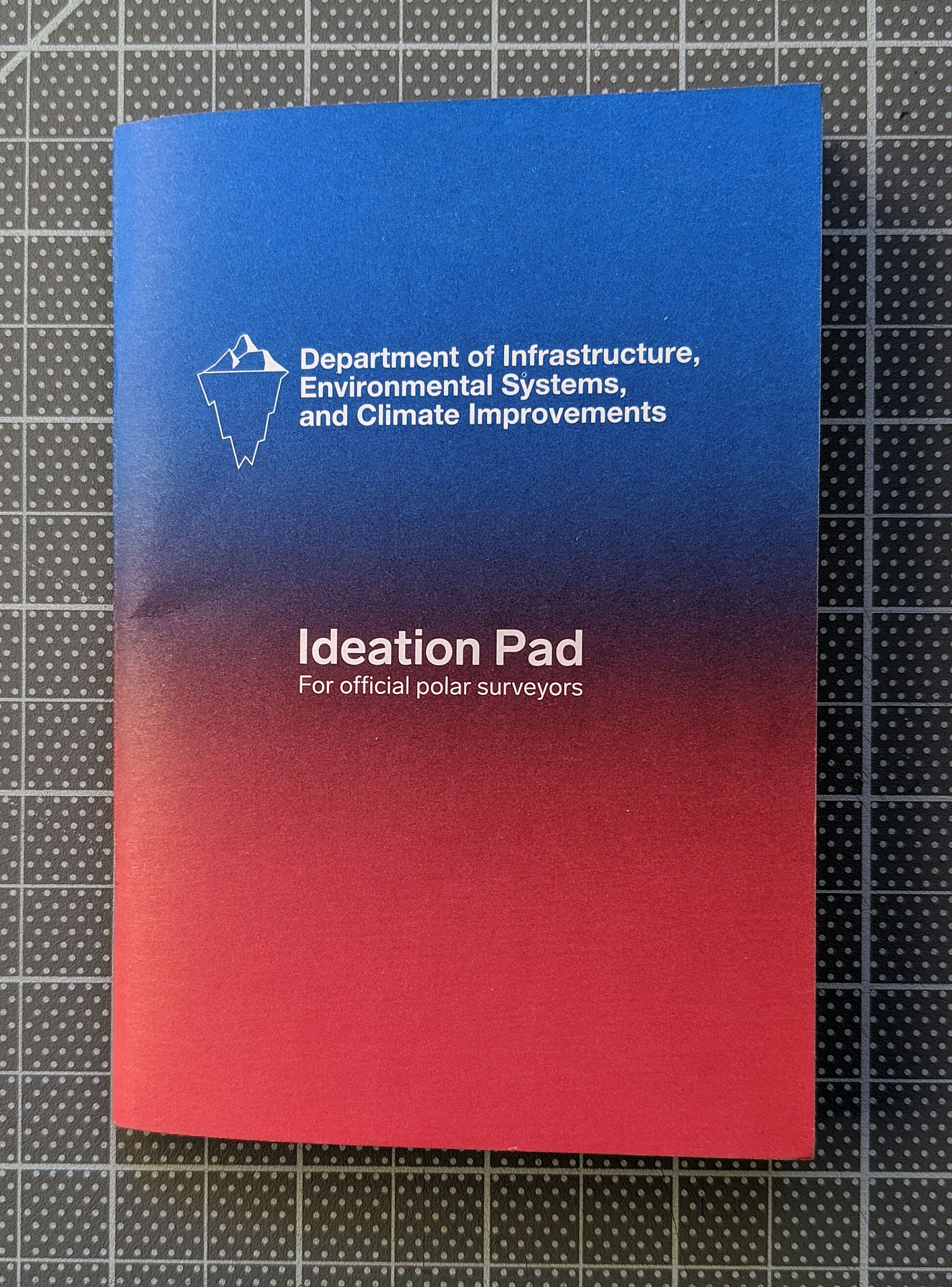 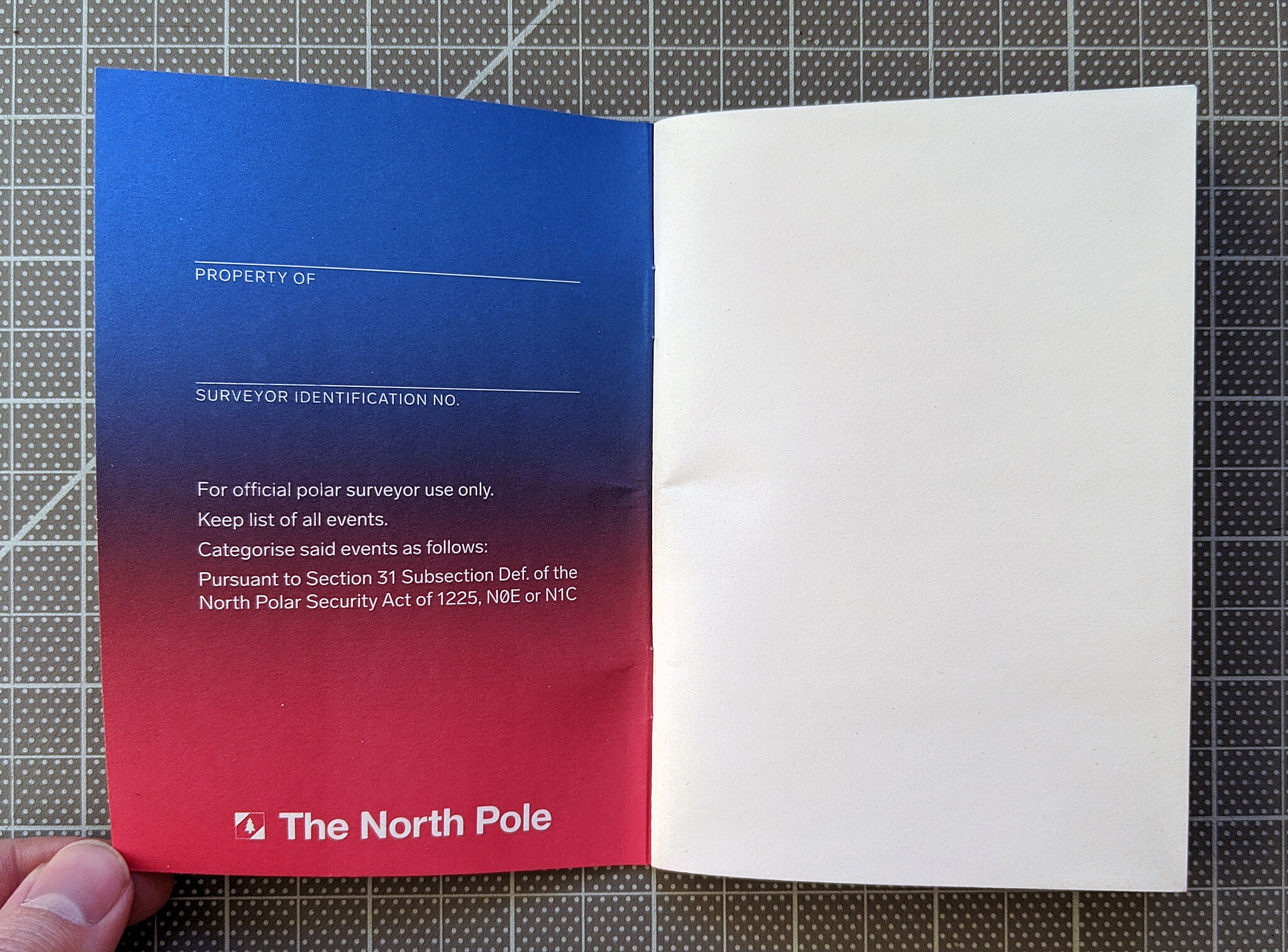 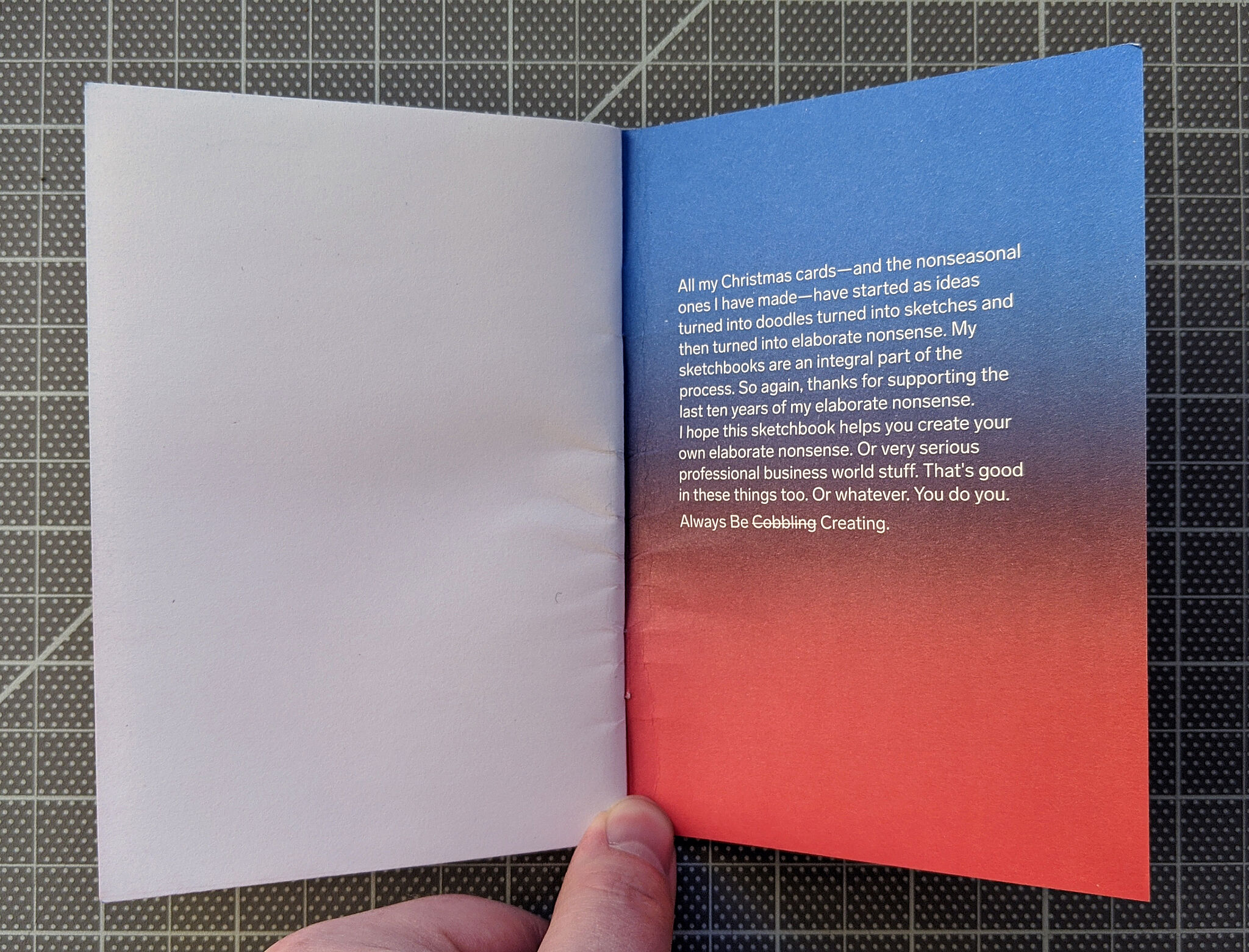 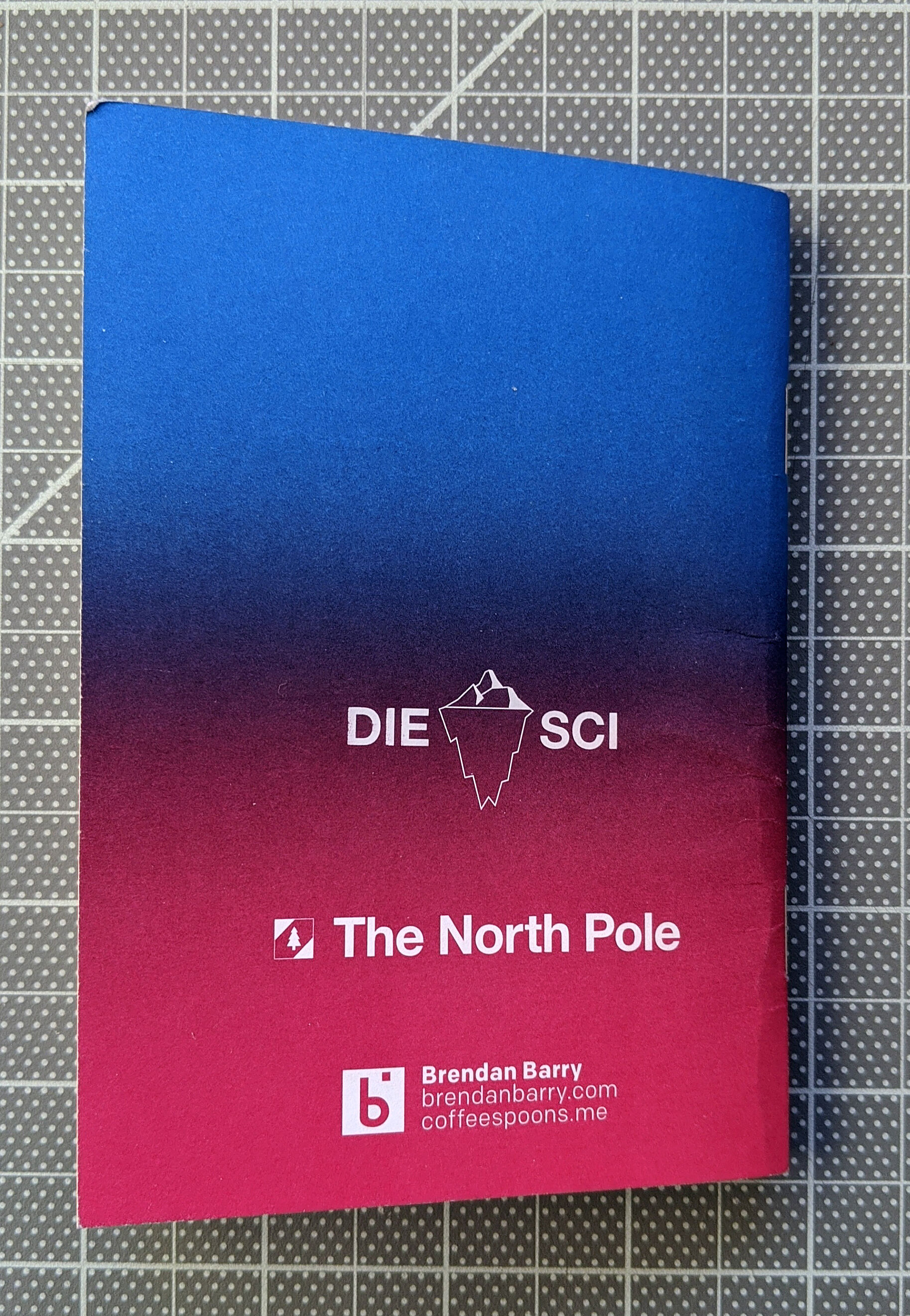 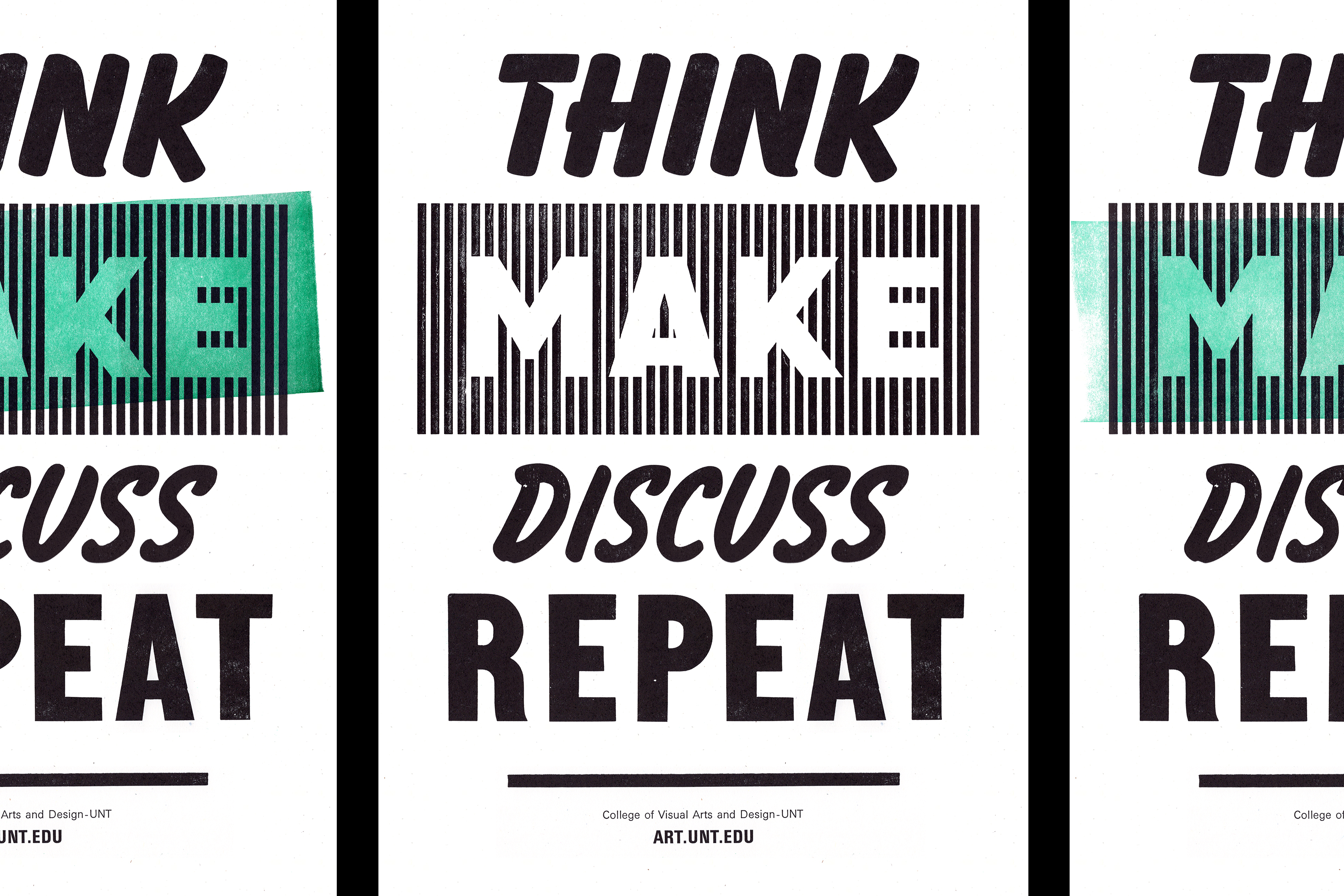 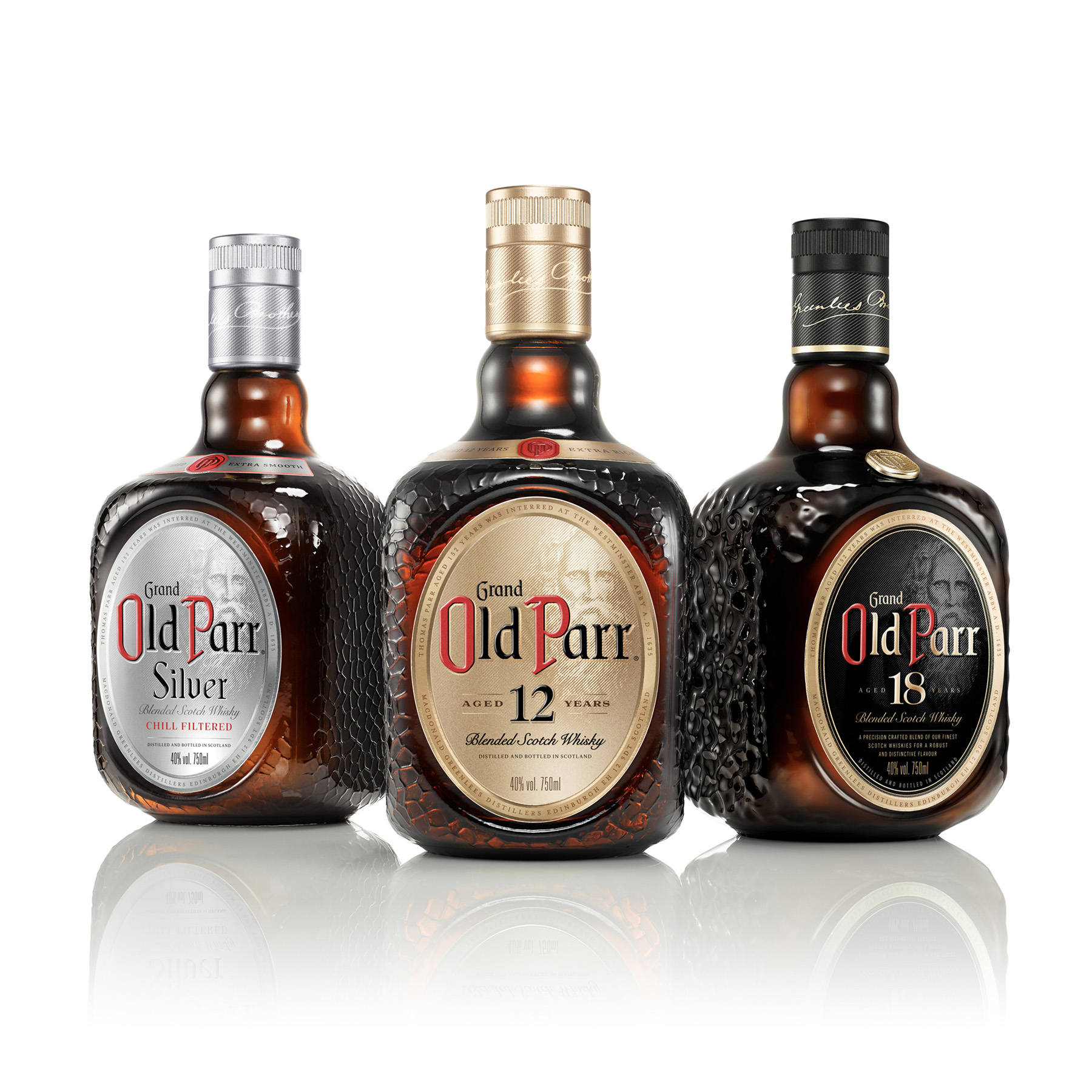 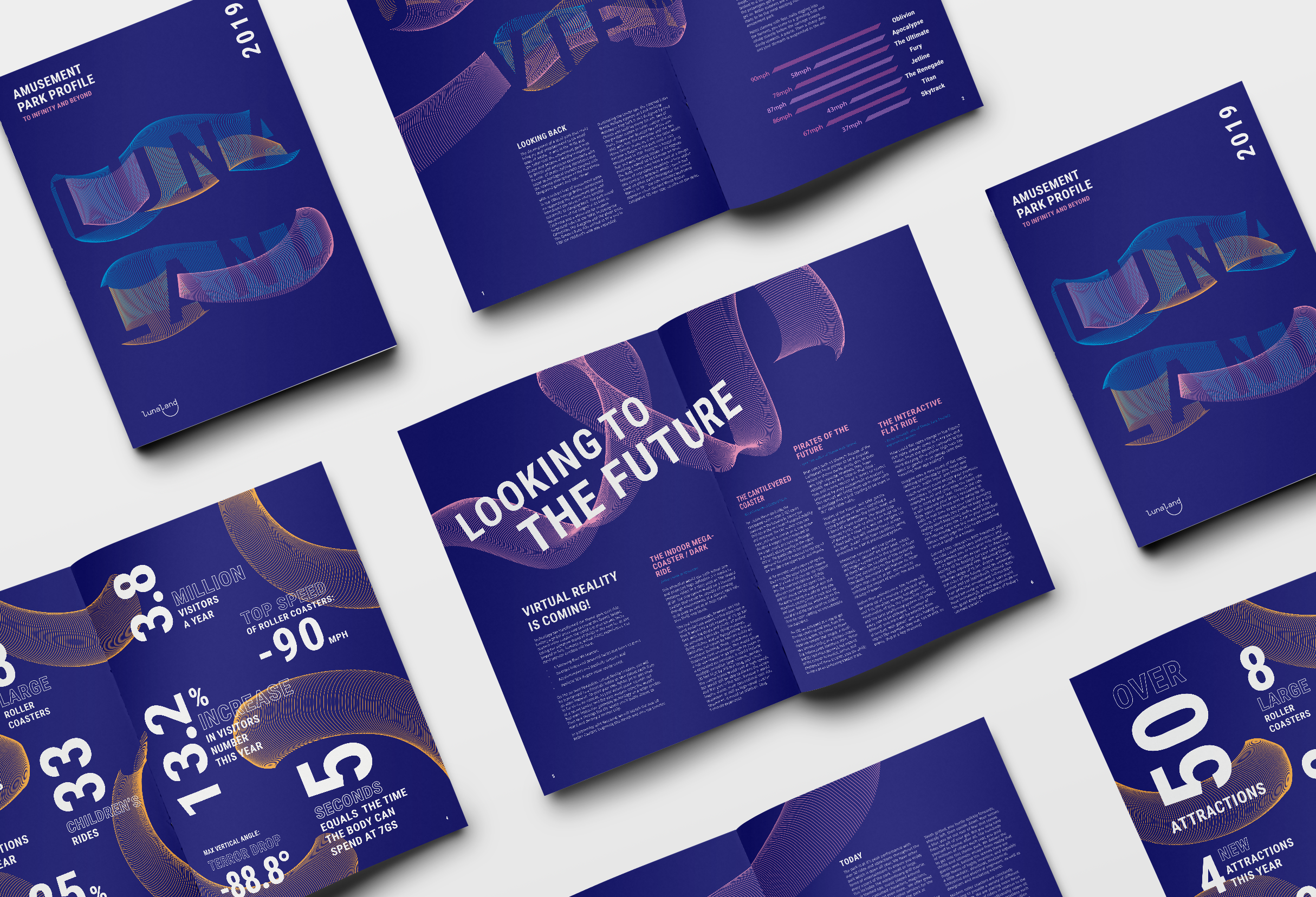 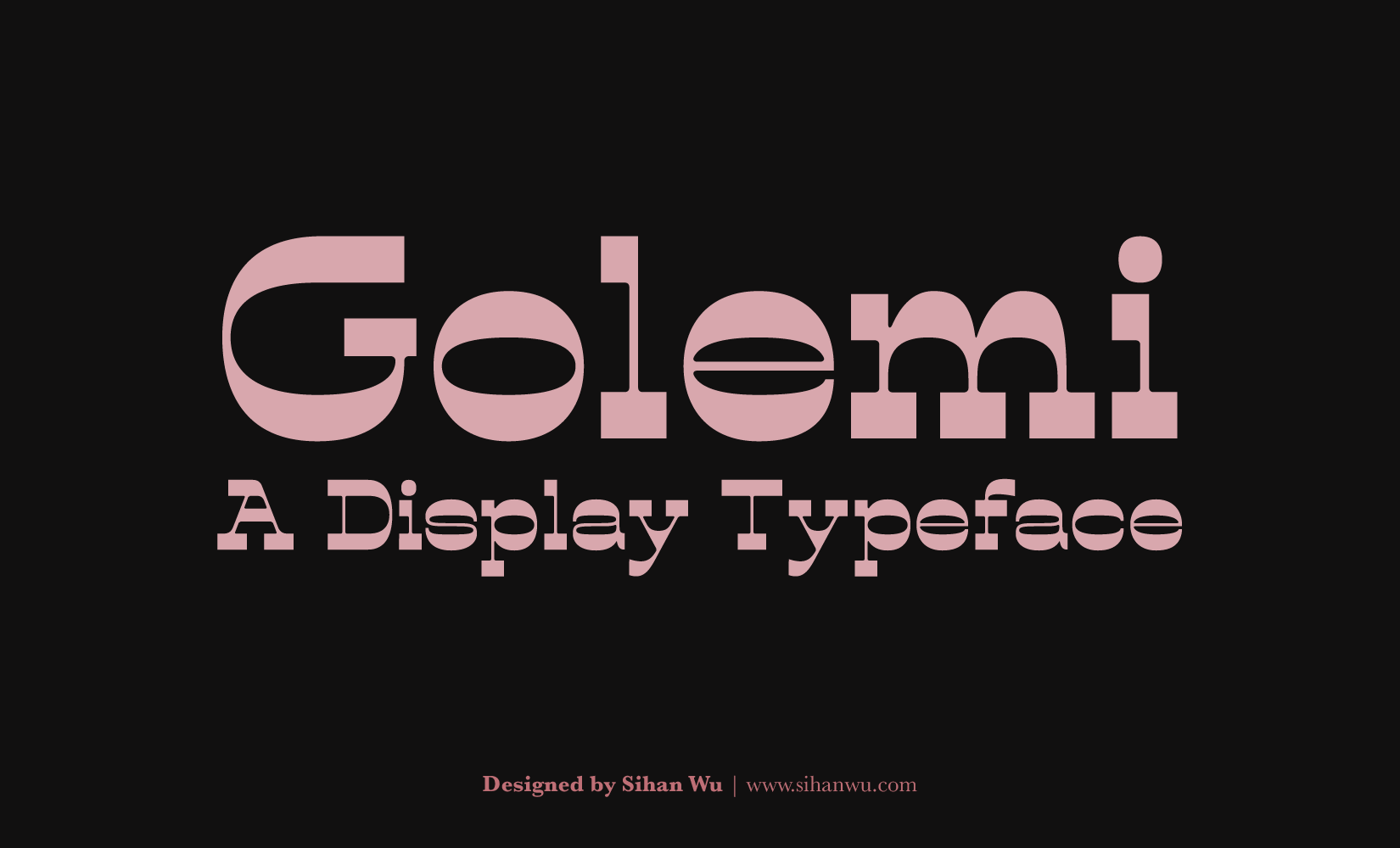