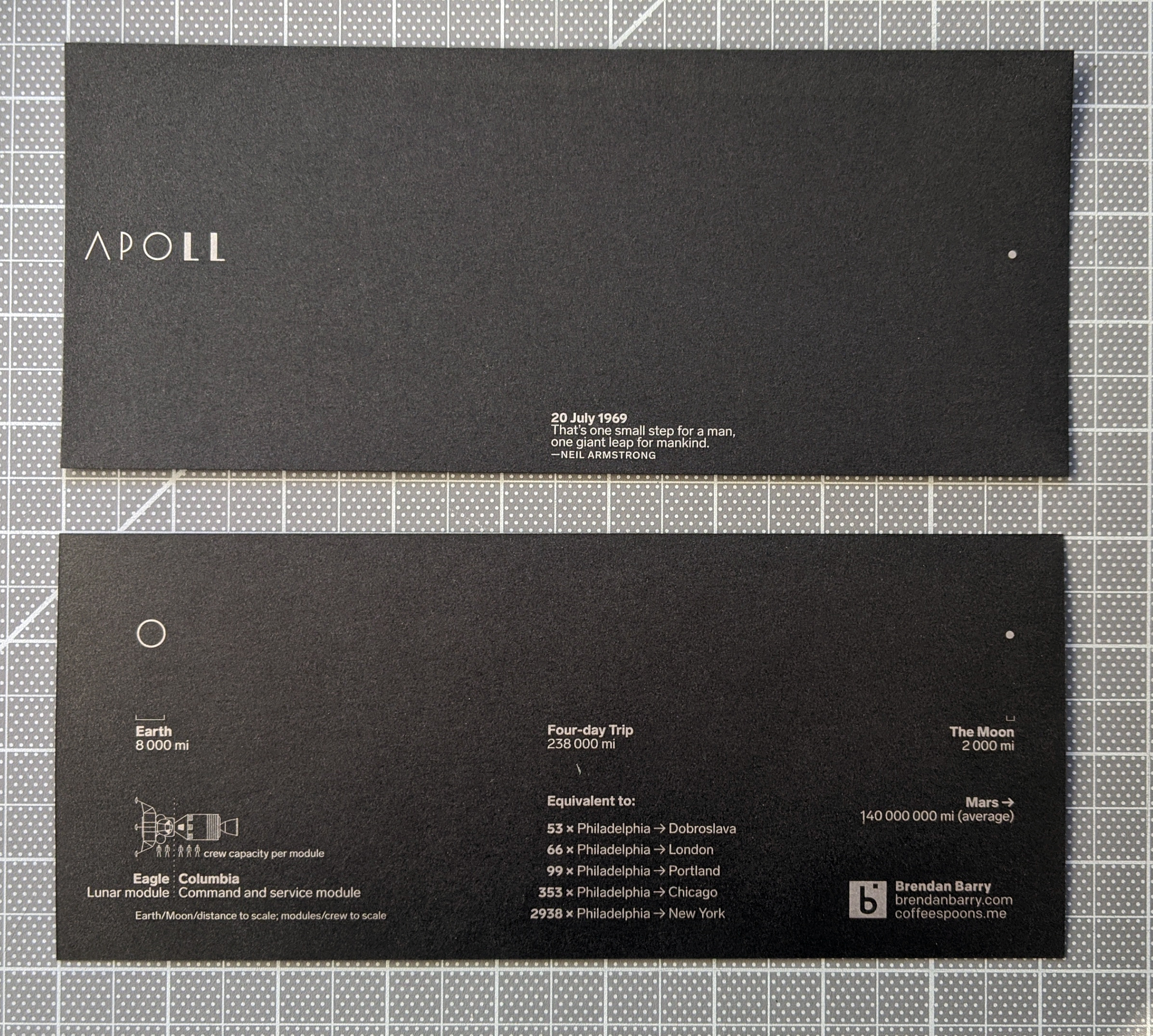 I designed a card for my family, friends, and coworkers to commemorate the 50th anniversary of the Apollo 11 landing in July 1969. The two-sided card fit a no. 10 envelope, using the width to convey the scale of the sizes of Earth, the Moon, and the distance between the two bodies. The card's front features bespoke geometric lettering with two circles—the open representing Earth and the filled the Moon. The two l's use thicker vertical strokes to reference the number 11. The distance between the two circles uses the same scale as the two bodies to show the distance between the two. The card's reverse provides the actual sizes and distances along with an illustration of the lunar and command modules. They were drawn to the scale of the astronauts to show their relatively small size. The centre puts the distance between Earth and the Moon into a context my family, friends, and coworkers could understand. For example, a one-way trip to the Moon is the same distance as 66 one-way trips from Philadelphia to London. Finally, looking forward, I added the distance to Mars, hopefully humanity's next manned stop. The card used silver ink to reflect the colour of the spacecraft and the grey colour of the Moon. And it was set on a pearlescent black stock to resembles the field of distant stars and galaxies in which Earth and the Moon sit. 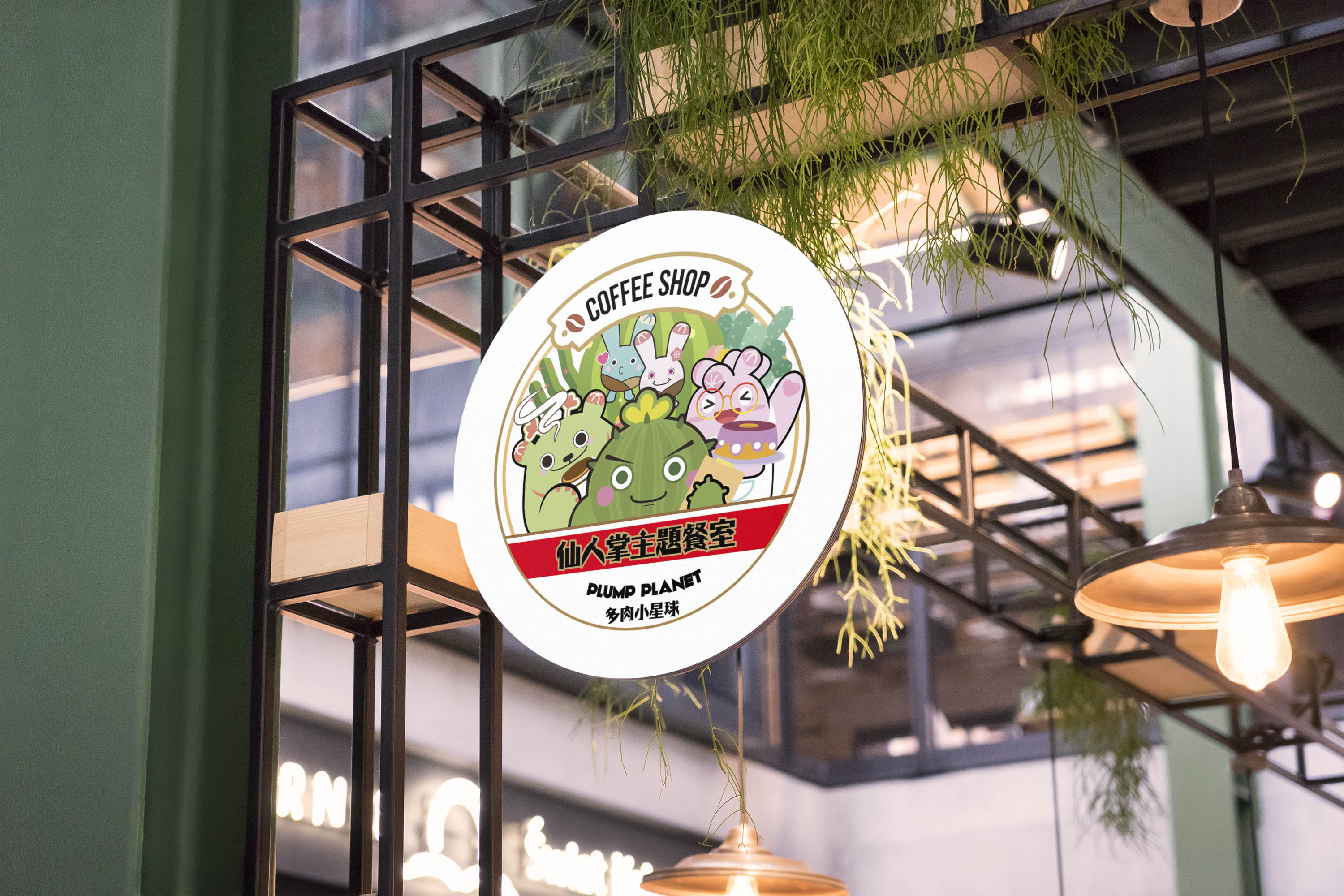 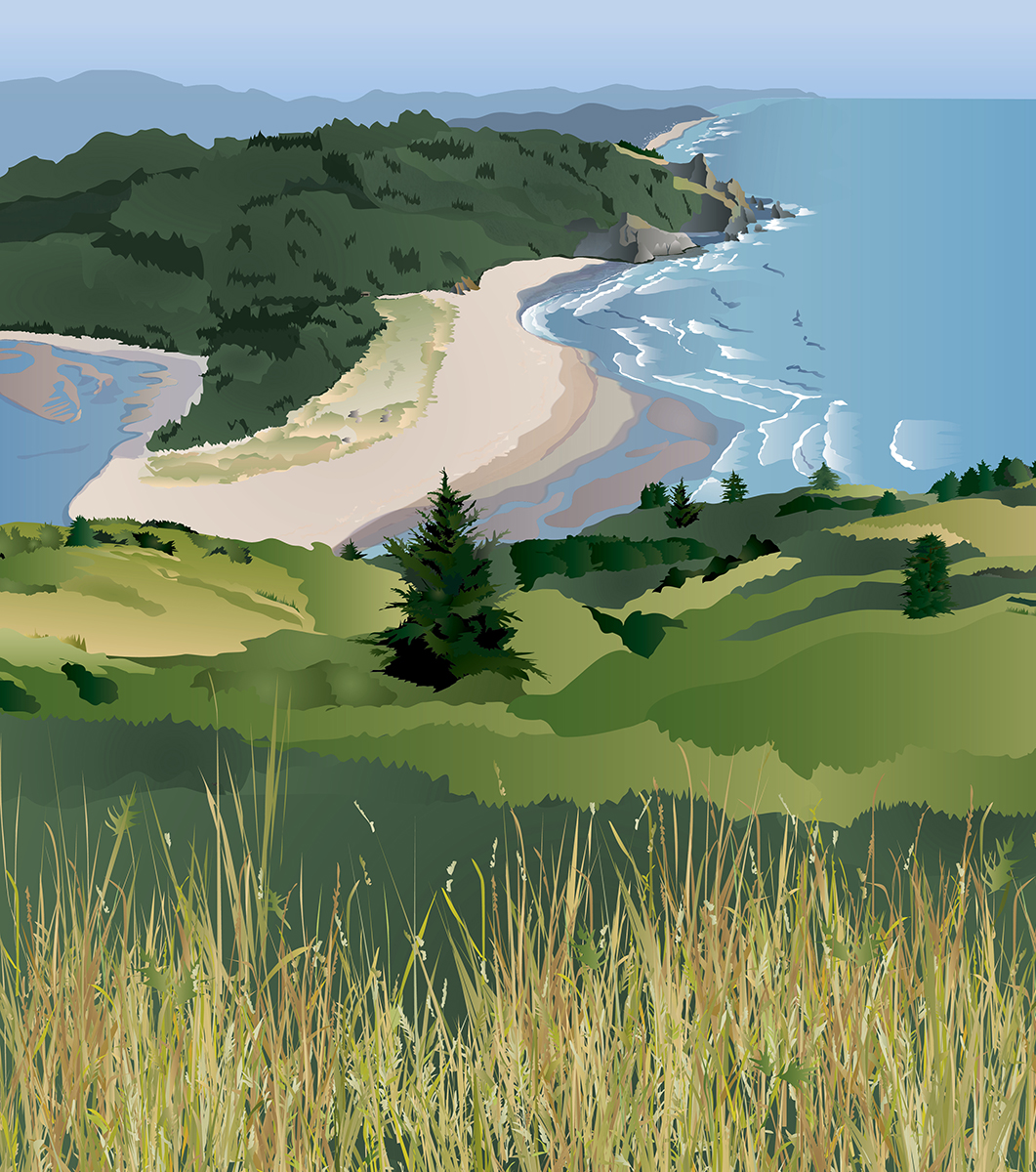 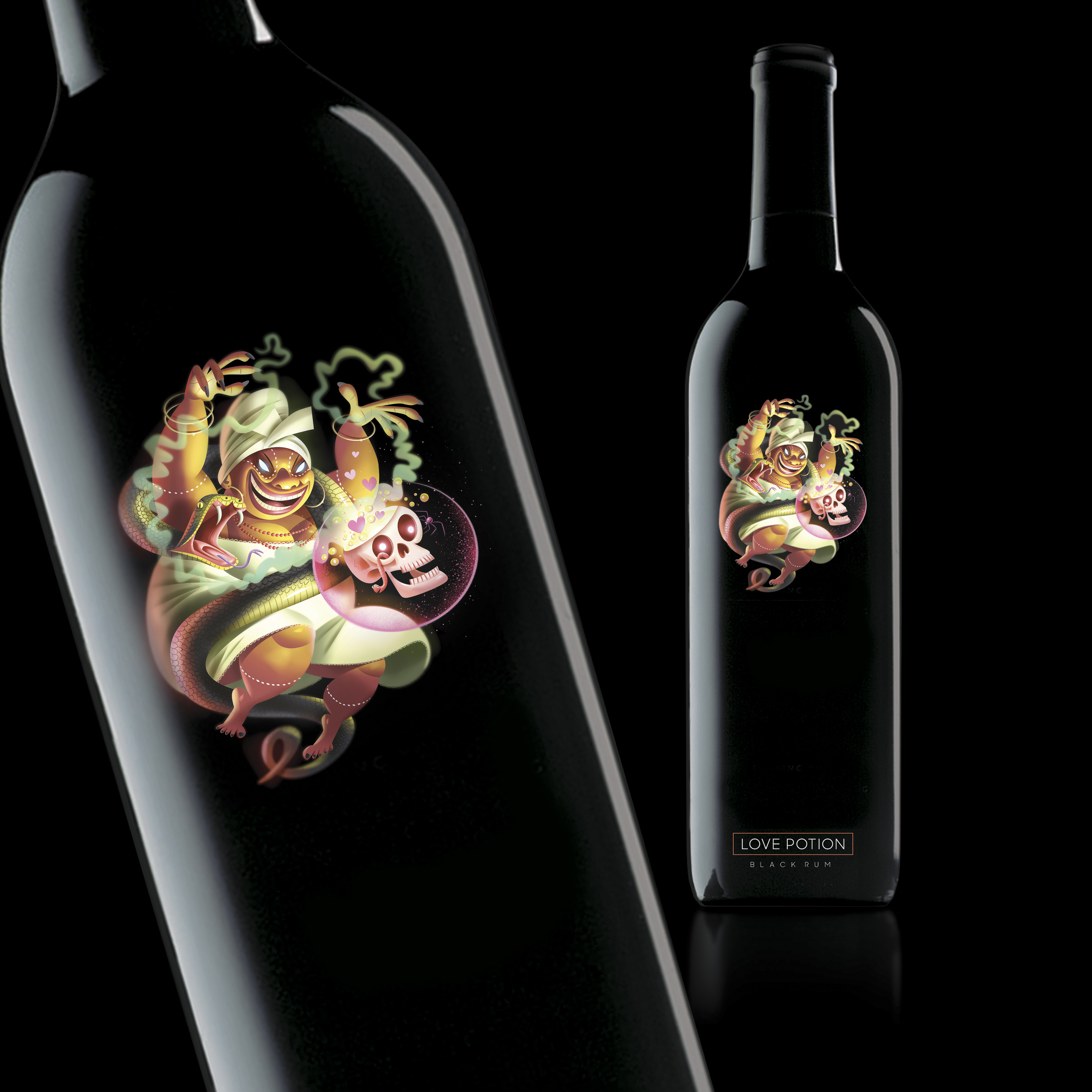 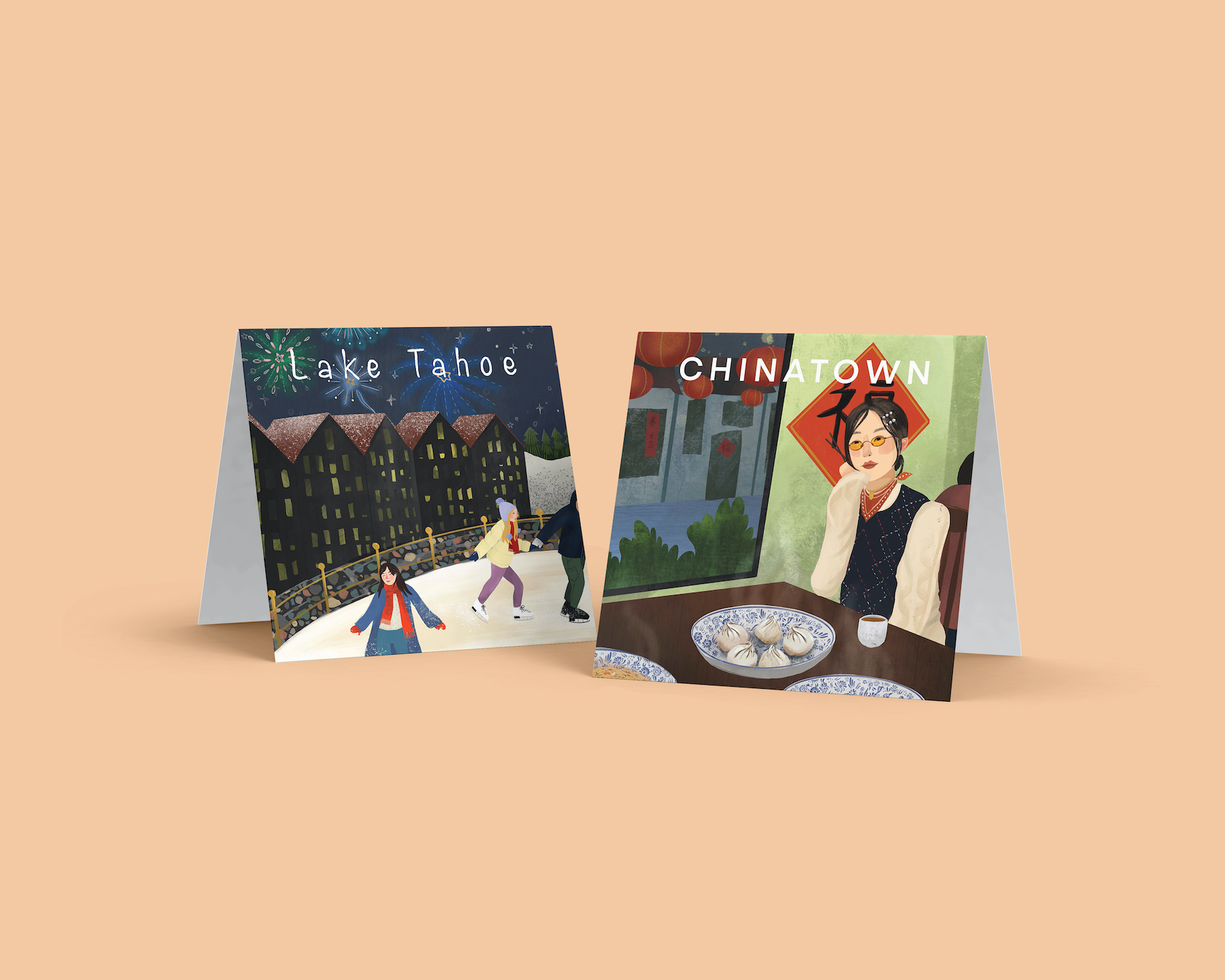