We are facing a long and ever-changing list of territorial disputes. More than 160 geopolitical conflicts can be counted and most of the countries around the world are involved. One third of those conflicts are based on uninhabited islands.
My flags are focused on the relation between Japan and South Korea.
Although there is still a political wall between both countries, symbolized by the Dokdo/Takeshima islands’ conflict, it is important to keep bringing the two sides together. Physically said as two larger islands and thirty seven smaller rocks covering less than one kilometer square in the East sea between both of the countries, the islands expose the historical grievance of Japanese colonisation of Korea (1910-1945) and the unsettled debate on whose islands it is. Perhaps we have the opportunity to write a new visual narrative of Dokdo/Takeshima for the future generation, as a future space for mutual understanding.
I created 3 calligraphical flags.
Each flag is based on a word that have the same roots and pronunciation in both languages:
trust (shinrai/sinang), coexistency (kyōzon/gongjon) and emotion (kanjō/gamjeong). Through a collaboration with a young Korean contemporary calligrapher called Jongsoo Kim, I expressed those three words through a common traditional art which is Calligraphy. Finally I digitally layered them and build three flags inspired by the blend of both countries flags’ grid and color system. Each one reflecting an optimistic approach, showing an other perspective from past to future towards this conflict. (Chinese calligraphy is a common treasure among China, Japan and Korea. It was introduced to Korea and Japan as early as the 2nd or 3rd century, and became popular in the 7th century). 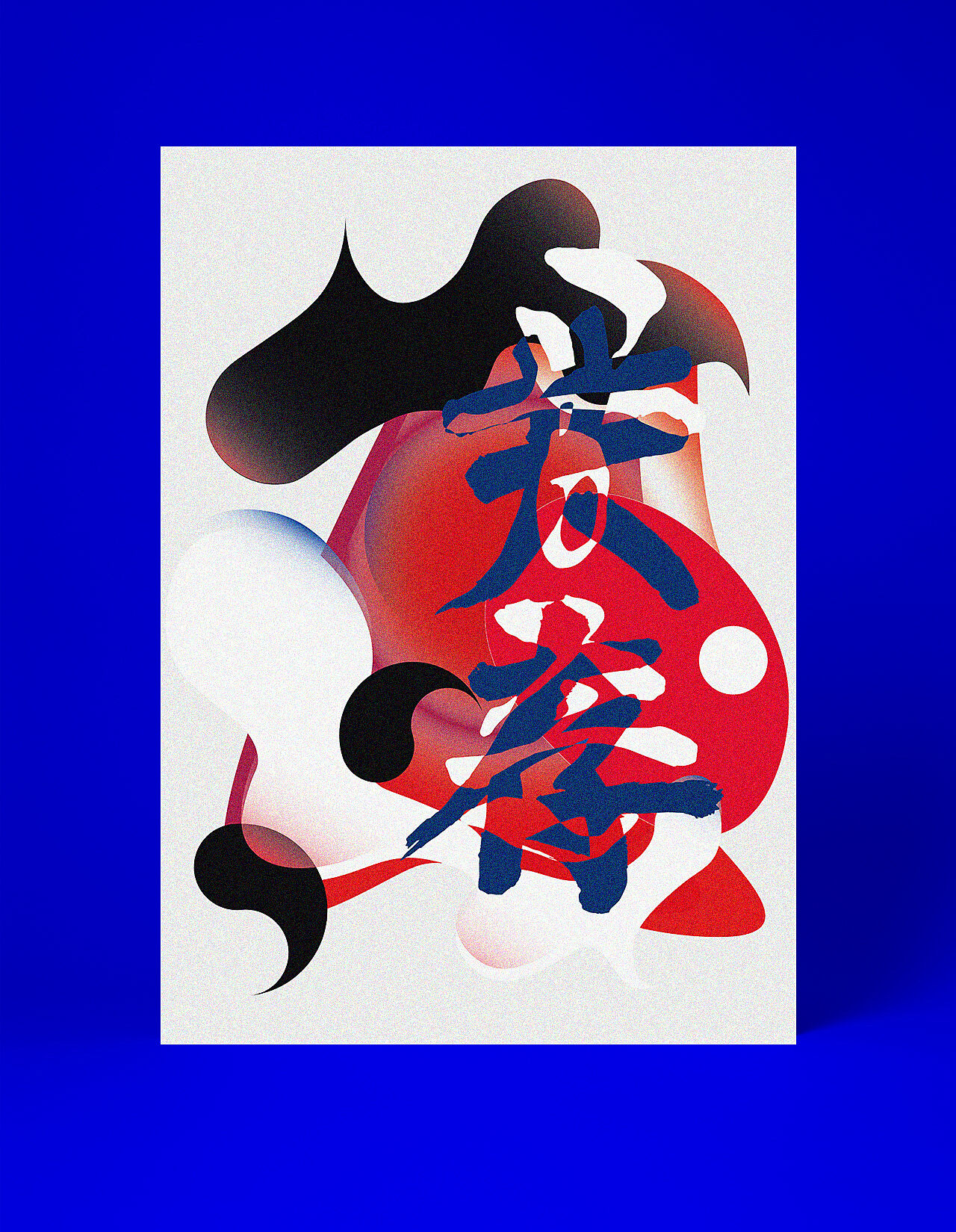 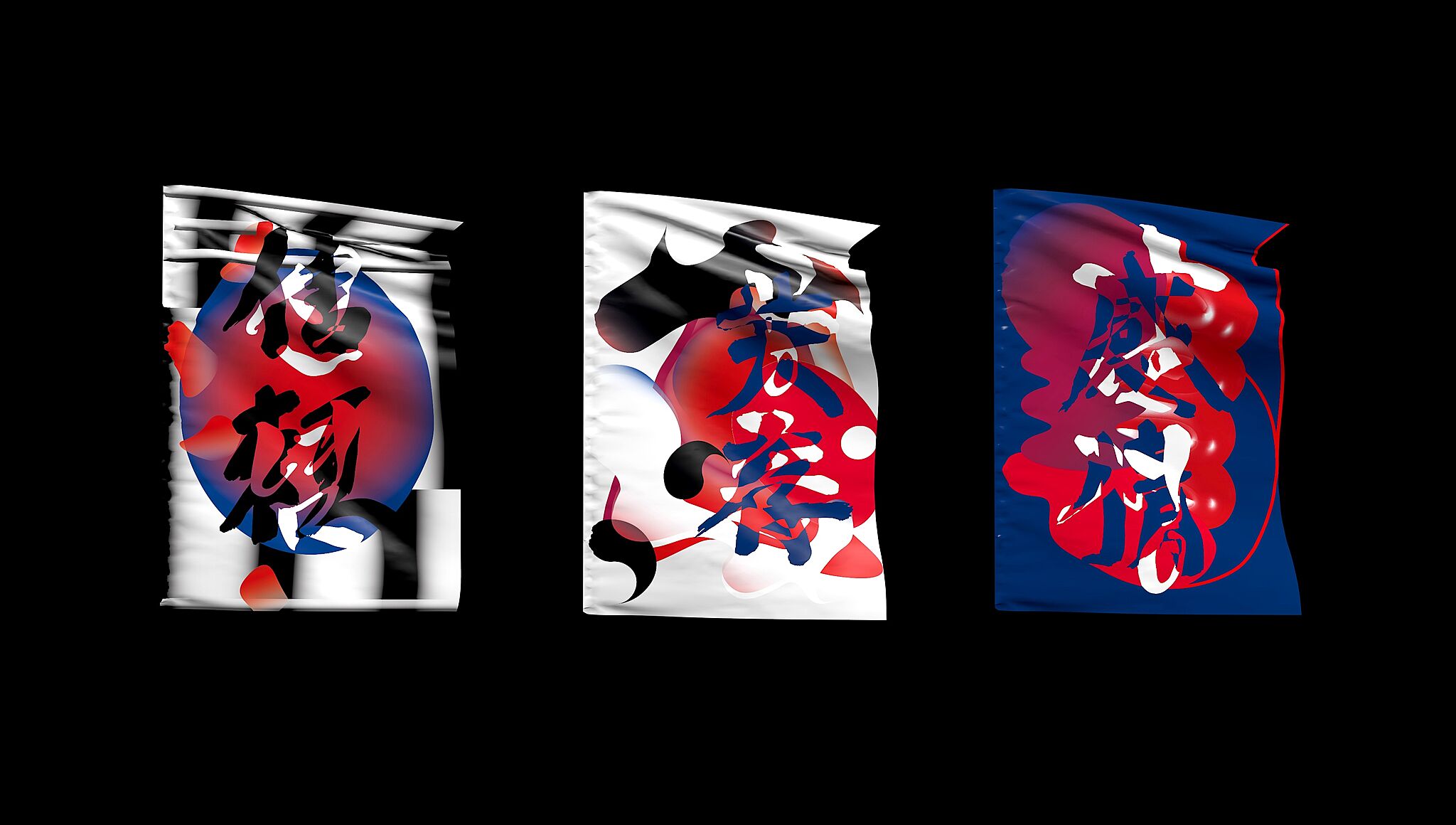 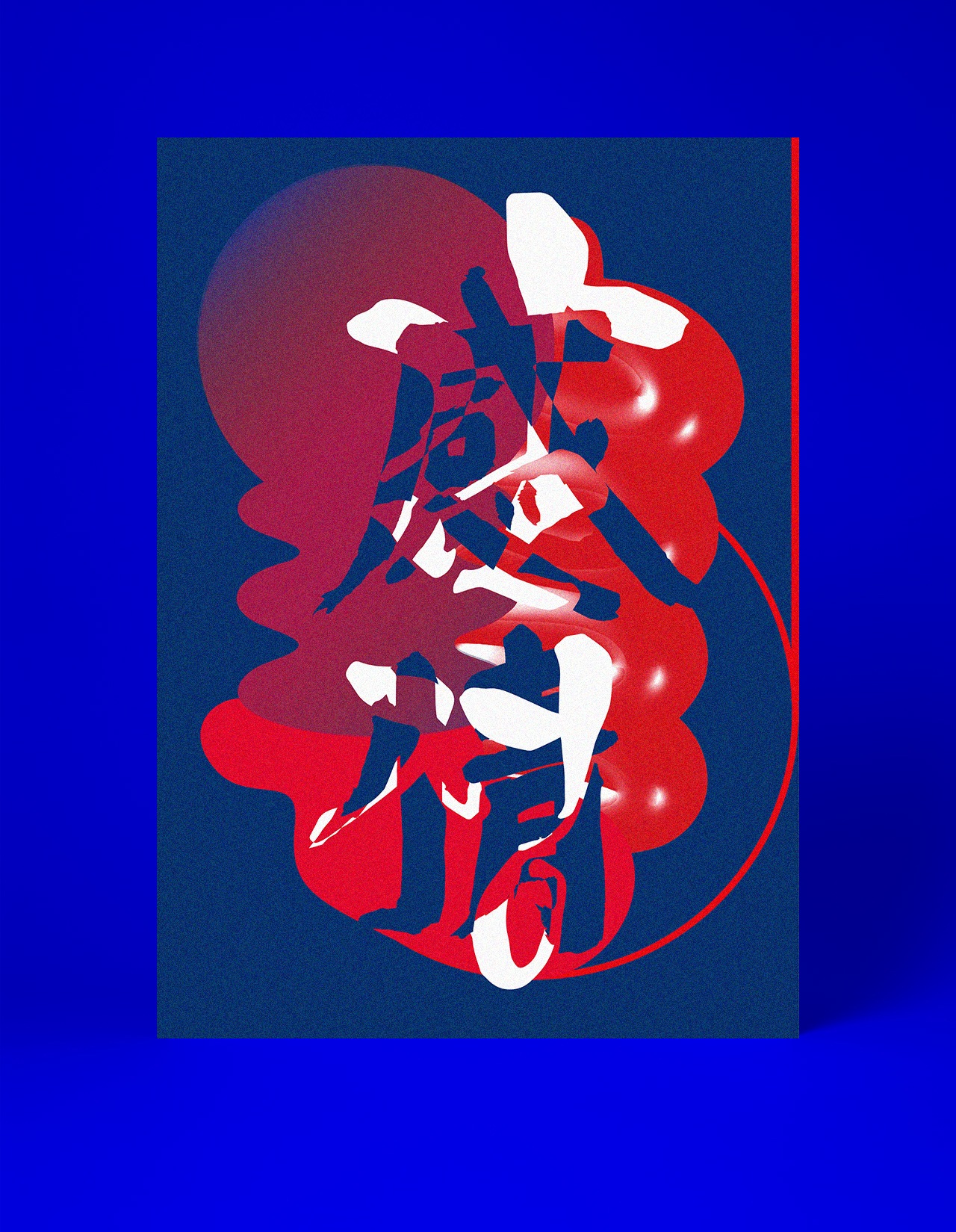 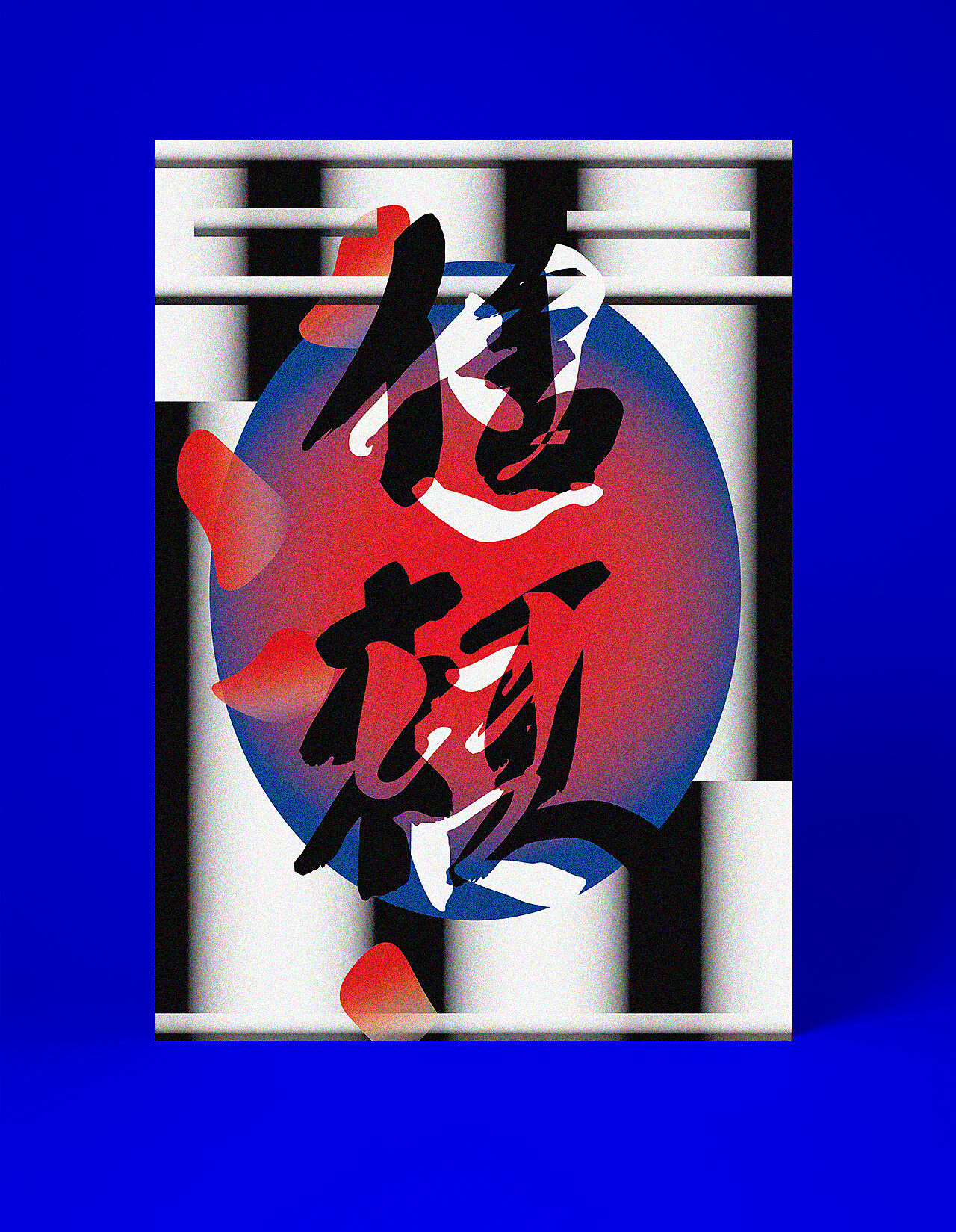 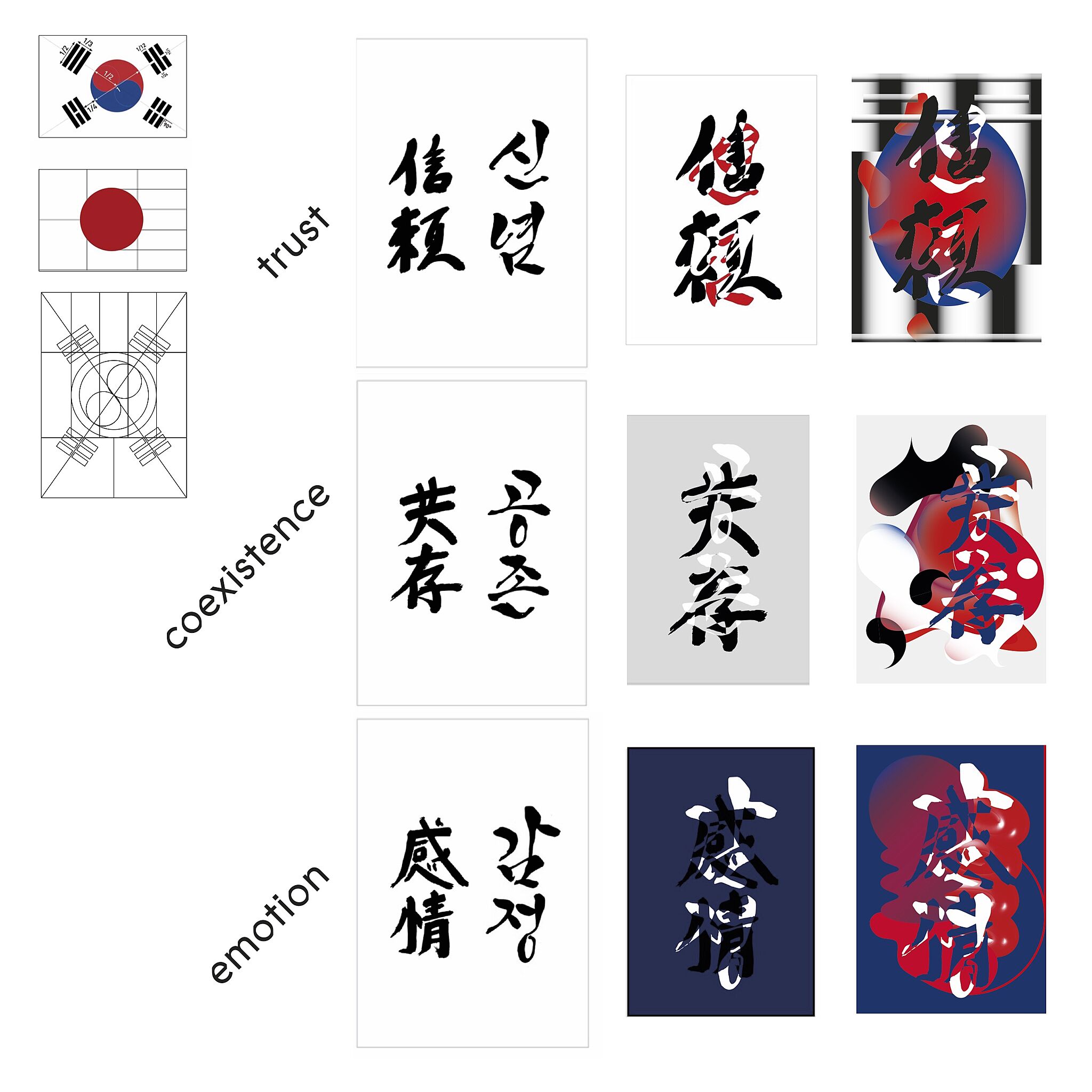 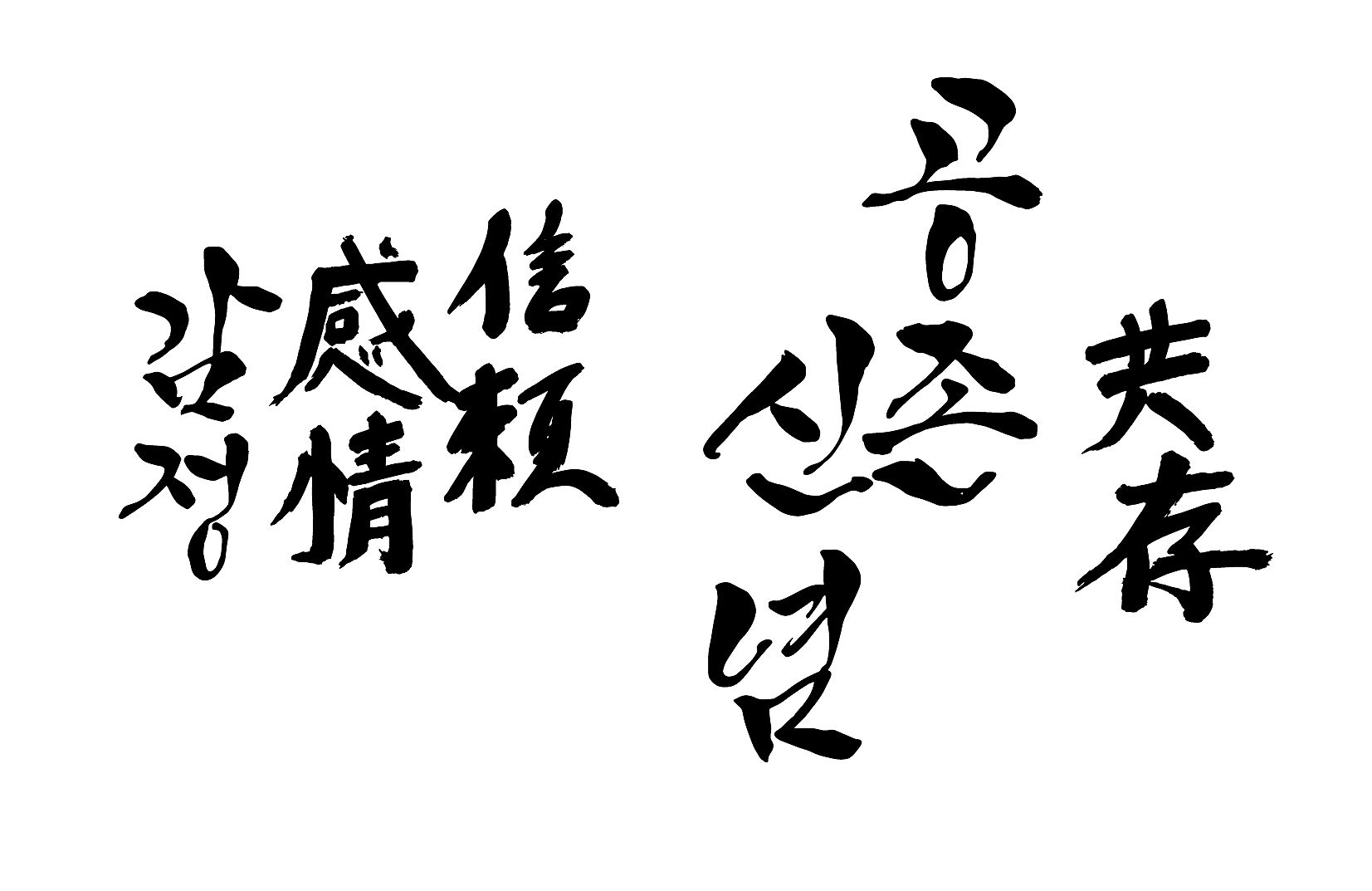 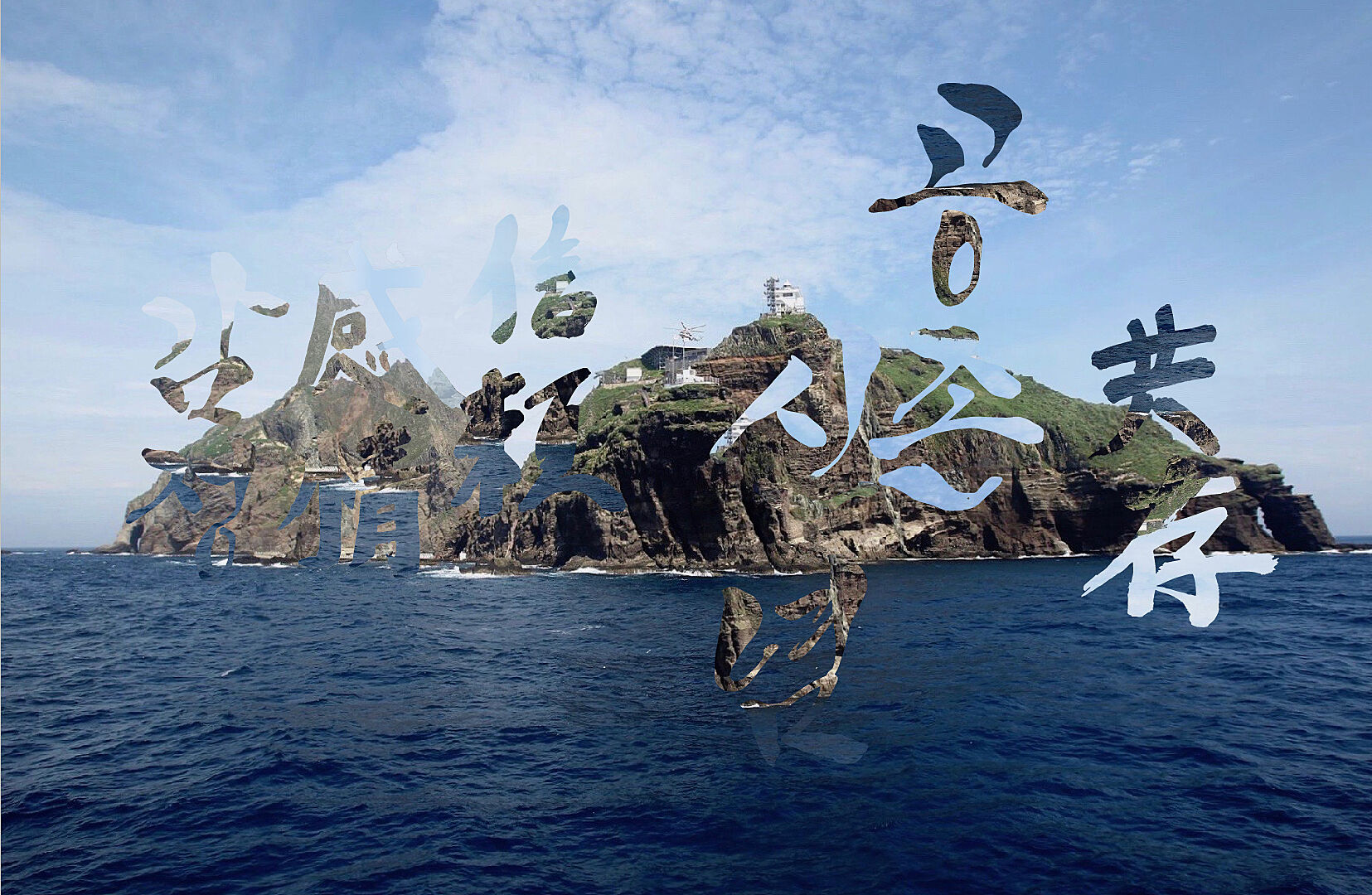 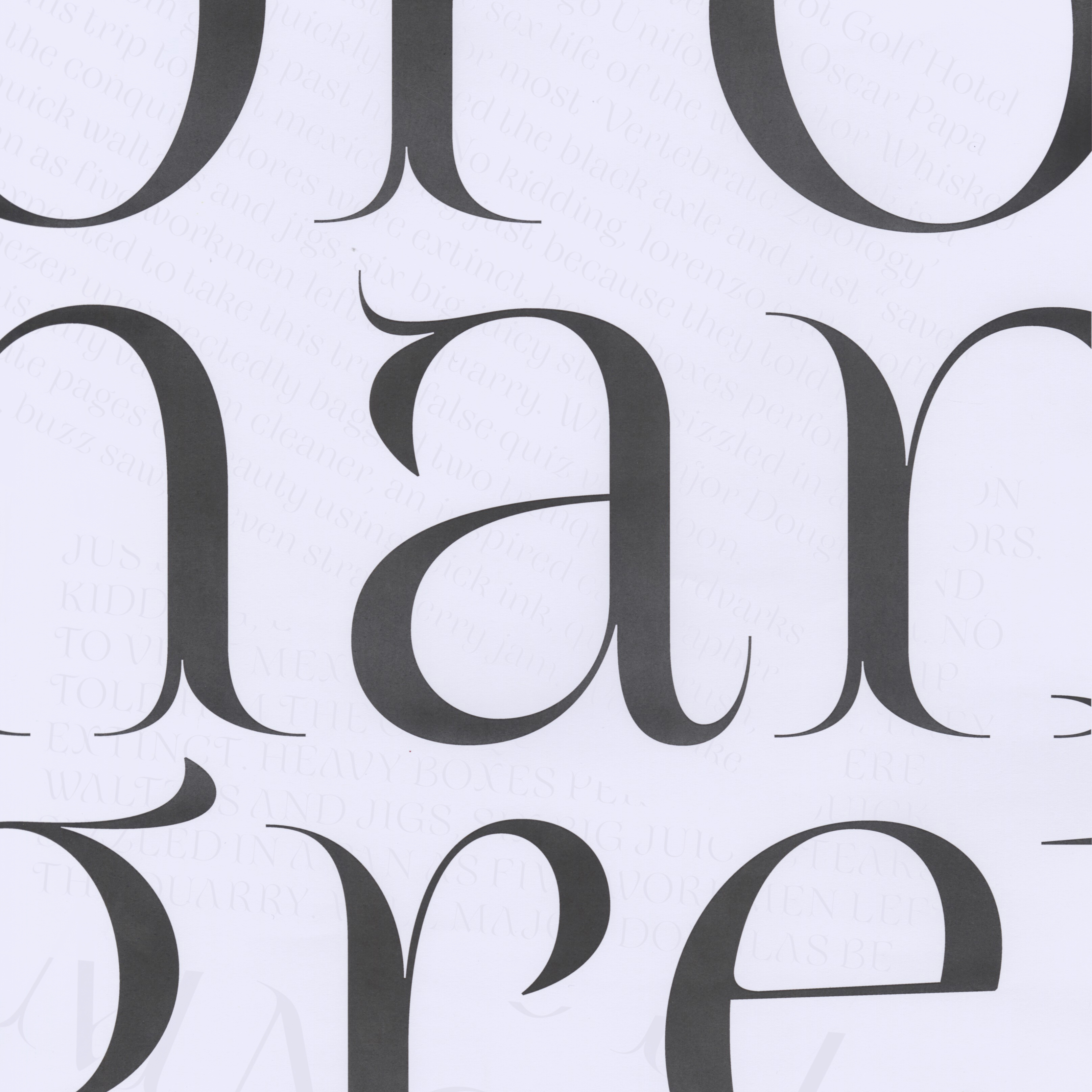 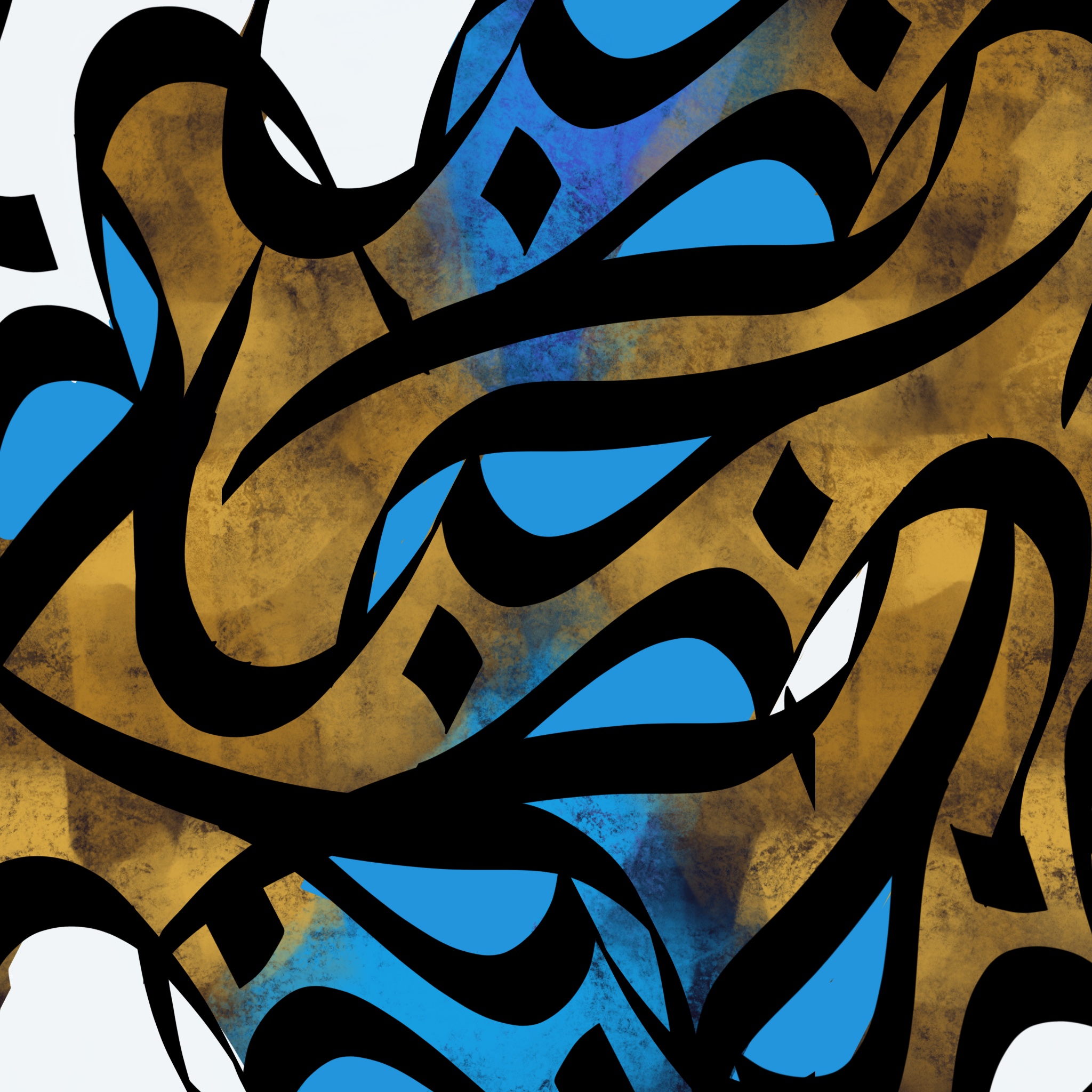 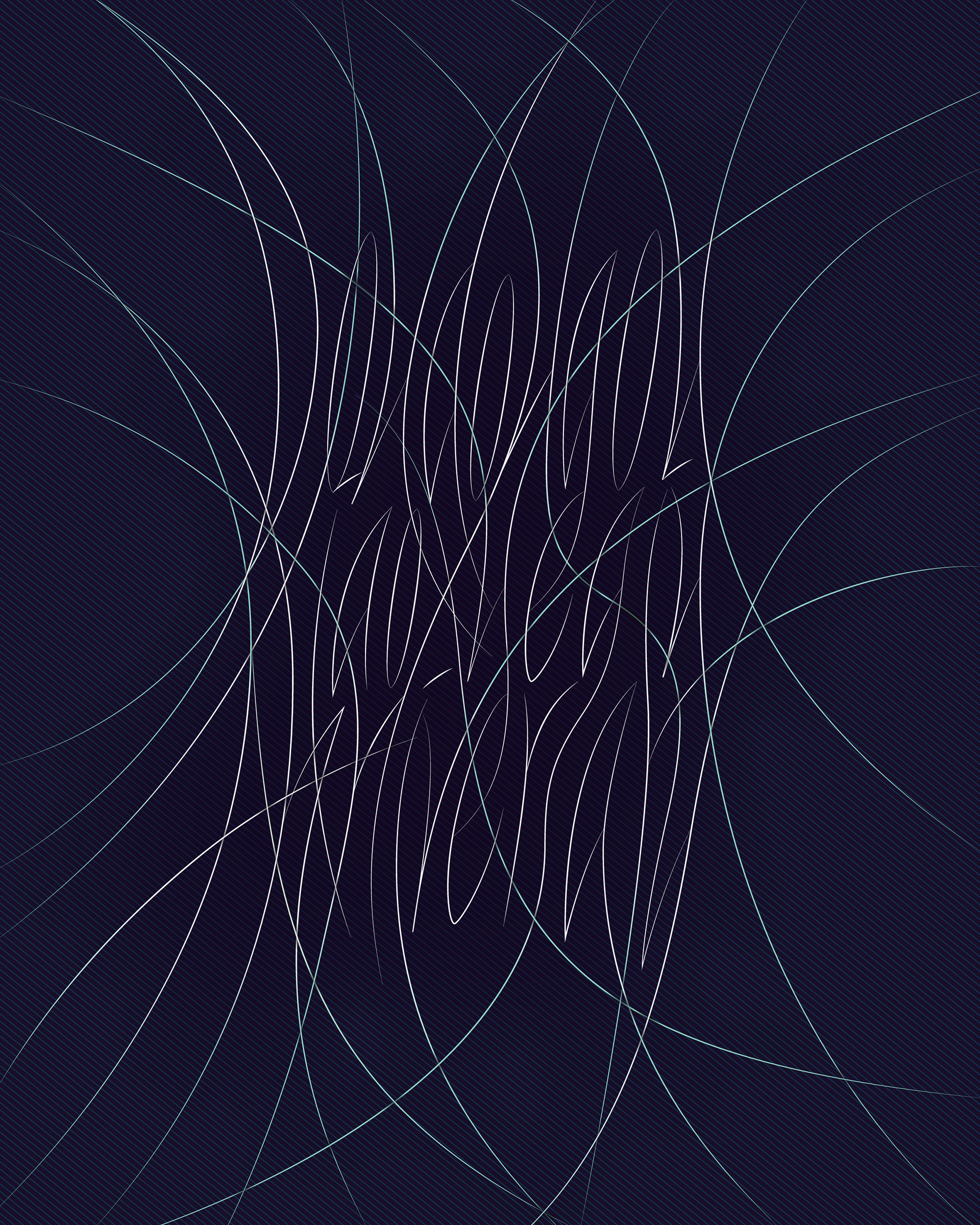 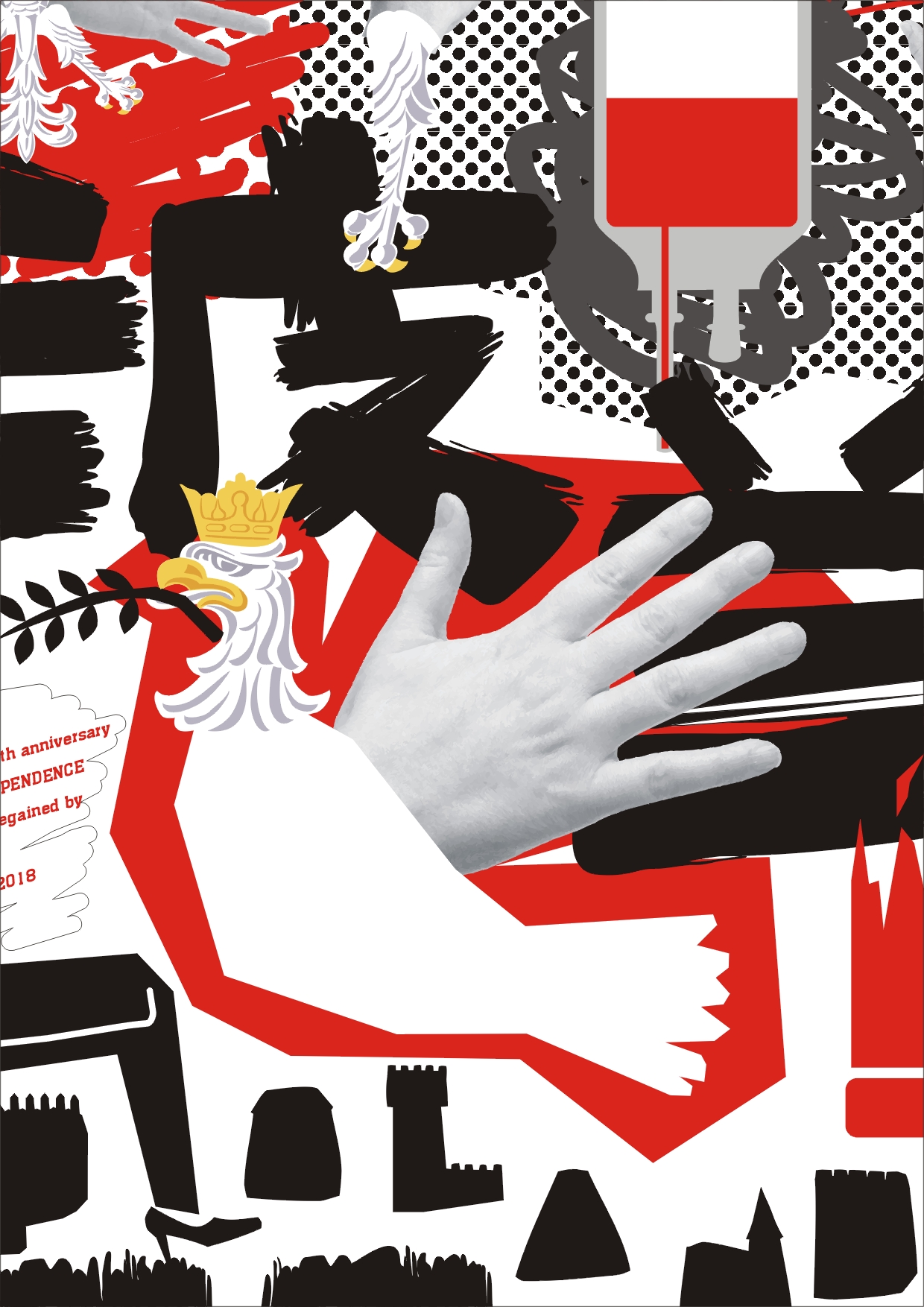