A Gateway to a Different World 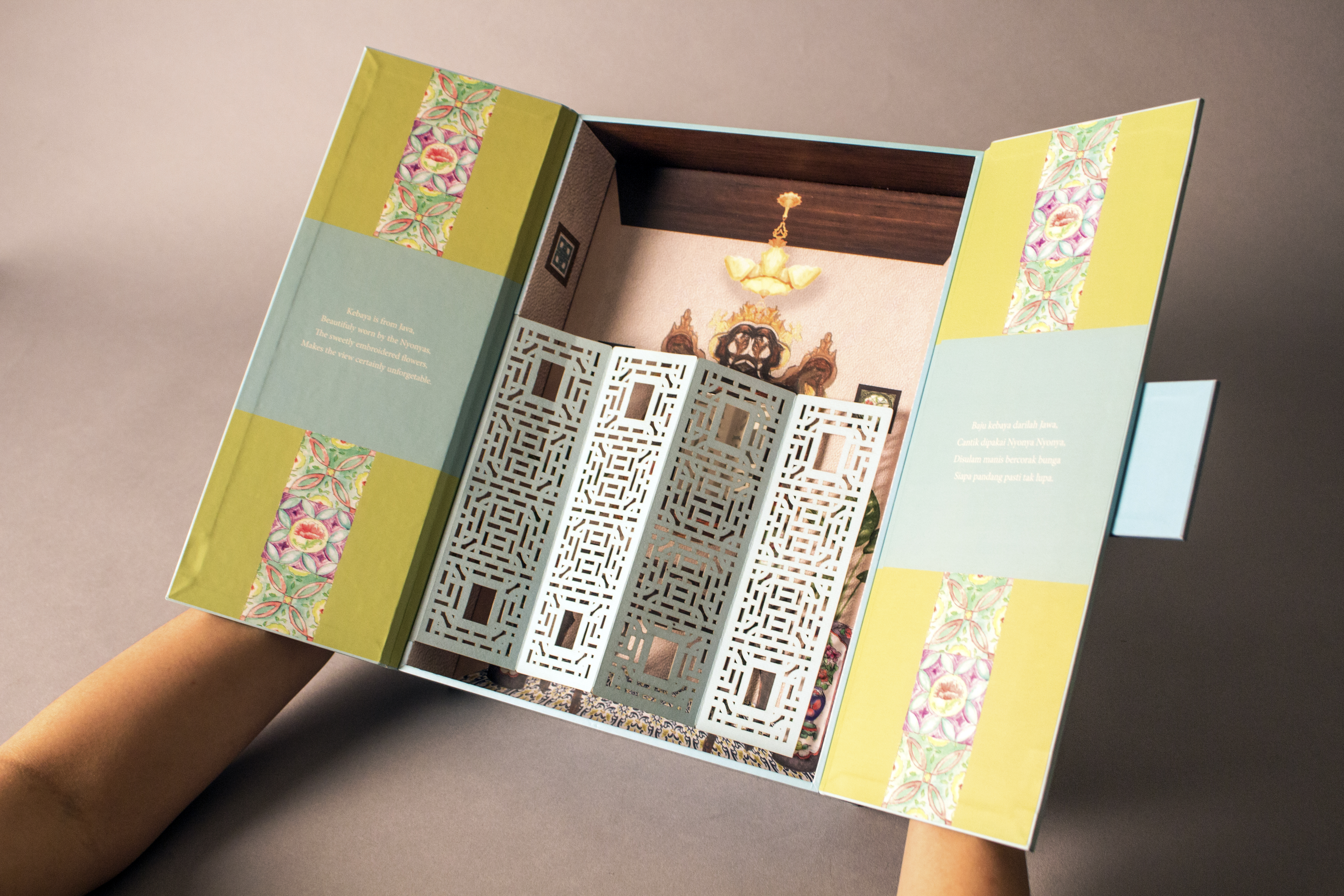 Beneath the history of Indonesia, a prominent culture is buried underneath this nation and its called “Peranakan” in other words straits Chinese. Its delicacy and opulent culture Are depicted from their famous attire which is called the Kebaya Encim.

The Peranakan is considered as a vanishing culture, so I came up with a solution to save it through my packaging, I took elements from their wardrobe and interior which is shown from the gate and the illustration beneath it, a Peranakan folk song is also printed on a nice piece of paper to enhance the product, the box itself acts as a storytelling decorative piece to be placed at home. This way anyone who brings home the attire unboxed not only a fabric of a thousand colors but a history of a million words.